In defiance of Cuba’s government, a young artist who has emerged as one of the country’s leading opposition leaders vowed that he and others are moving forward with national protests planned for Nov. 15.

“We know we can go to prison, we know terrible things can happen,” Yunior García, 39, told NBC News via WhatsApp messages about the planned demonstration to demand civil liberties in the communist country. “We are already living them.”

On July 11, thousands of Cubans took to the streets in historic protests calling for change and demanding an end to food and medicine shortages.

Following the protests, the Cuban government detained and imprisoned hundreds of people. A recent Human Rights Watch report found security forces violated due process, beat, sexually abused or forced into solitary confinement Cubans who participated in the protests. The Cuban government has denied reports of abuse.

Over 560 people are still jailed, including some of the most well-known activists, according to the human rights group Cubalex.

On Thursday, prosecutors summoned opposition leaders and warned them against protesting.

“Nov. 15 has to happen because we haven’t been allowed to protest for 62 years,” he said, adding that if one counts the years before Fidel Castro under dictator Fulgencio Batista, it’s been 70 years without democracy.

García said that authorities had cut off his cellphone and that he was using one that had been loaned to him. He quoted Castro: “Within the revolution, everything. Against the revolution, nothing.”

“It’s difficult to define what is revolution at this moment,” García said.

Thursday wasn’t the first time the government had rejected the planned protests. They were first scheduled for Nov. 20 but authorities declared that a “National Defense Day” when citizens practice for an invasion by the United States.

Organizers decided to change the day of the protest to Nov. 15, but the government denied the request, saying it’s an effort to overthrow the government.

After the protests this summer, García launched a Facebook group for political debate called Archipelago, where members have called for the protests, scheduled to take place in the capital, Havana, and six other provinces.

The government has taken to state-run media to make its case. Last week, García was vilified on television, where they said he is backed by the United States, who Cuba accuses of trying to destabilize the country.

Cuba generally characterizes most opposition leaders as “mercenaries.” They called the protest a “provocation.” When García picked up the official government’s response to the protest request, a small group of people held signs with dollar bills on them, insinuating he is financially backed by the United States government.

“We have the power to change it”

García denies all such claims and said members of Archipelago made a pact to not receive any type of funding. He said at one point he thought it was possible to hold a dialogue with the government, “but when you see all the lies, the defamation, blackmail, threats from authorities then you lose hope for a dialogue.”

“They have reached out to our families with blackmail, with defamations, and trying to pit our parents against us. Many of us have been surprised at the dignity of the parents, who until yesterday, believed in the revolution,” García said. “But seeing the blackmail has disappointed them and they have quickly realized they have been living a lie.”

The pandemic along with a decadeslong U.S. embargo and the state-run, communist economy has left the government, the sole importer of goods, with little hard currency to purchase food, medicine and hygiene products, leading to widespread shortages.

Many young Cubans are disenchanted with the way Cuba is run and the lack of change during the past 60 years. Not seeing a future for themselves on the island, the solution for many Cubans has historically been to emigrate, but that has become more difficult in recent years.

“I think that has changed and people believe they need to be here. This is the country we were born in and we have the power to change it,” García said.

He believes change can be achieved in Cuba through “democratic and peaceful means.” Since 1959, protests against the government have been forbidden, but the new constitution approved in 2019 opened a space for demonstrations deemed “legitimate.”

García says he is against the U.S. embargo on Cuba and any foreign military intervention. But he also stated that “if there is such a brutal embargo against medicines and food then how is it possible that for tourists, all these resources magically appear?”

“If this is really a socialist country, how is it possible we live so differently?” García said. “There is enormous inequality, just like there is in the worst capitalism.”

García said he would like more freedom to do his work. “There is one institution [government-run] that you belong to, and outside that institution it’s very difficult to perform your art.”

On Friday, García tweeted that he woke up to find a dead chicken hanging on the door of his house with blood and dirt on the floor. Though it’s an act used in the Afro-Cuban Santeria religion meant to inflict harm on a person, García said he didn’t see it as a religious act, but more one of political repudiation.

Cuba plans to open its borders to tourism on Nov. 15 — the day of the planned protest.

As to whether fear of a crackdown will deter large numbers of Cubans from marching in November, Garcia said, “People are becoming empowered — they are losing their fear.”

“We cannot continue living like sheep,” he said. “This is the country where my grandparents were born, and we cannot allow a group to kidnap an entire country and have us muzzled.” 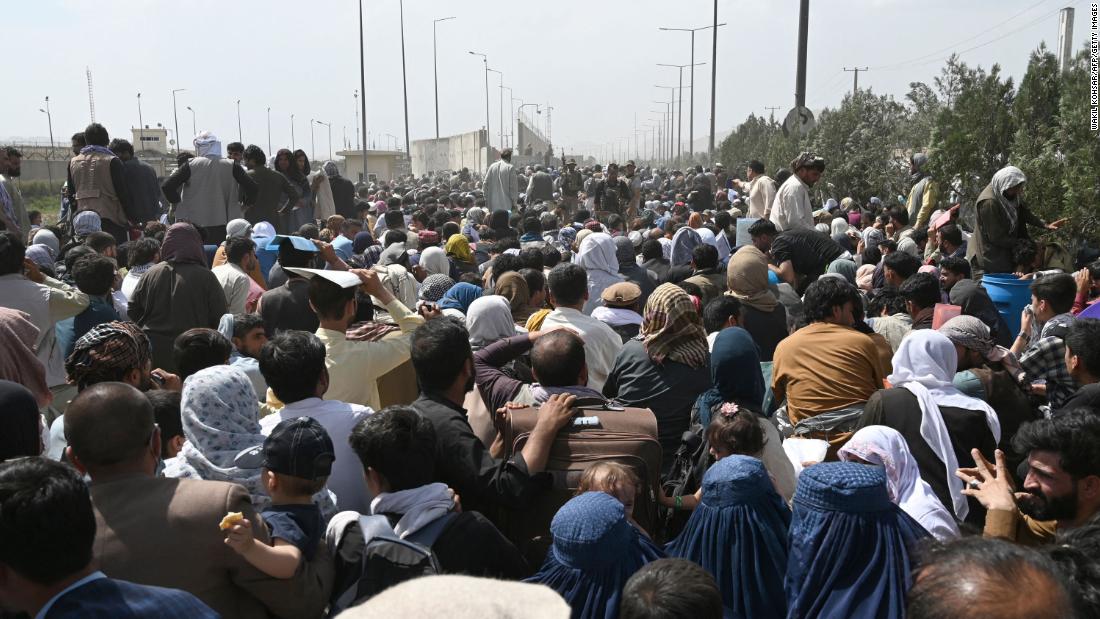