Even in the throes of the summer spike in coronavirus cases across the U.S. fueled by the delta variant, the Pfizer-BioNTech vaccine proved 93% effective at keeping adolescents 12 to 18 out of the hospital, according to an analysis by the Centers for Disease Control and Prevention published Tuesday.

The report may help boost uptake of the vaccine among children ages 5-11 once it’s authorized, likely in the coming weeks.

“Findings reinforce the importance of vaccination to protect U.S. youths against severe COVID-19,” the authors wrote.

The Pfizer vaccine is the only one currently authorized for adolescents in the U.S. Moderna has requested authorization of its vaccine but has yet to receive it. Johnson & Johnson is testing its inoculation on teens.

The CDC conducted a study of 19 pediatric hospitals in 16 states from June 1 to Sept. 30, when the delta variant raged throughout the country, sending infection totals soaring and straining health care systems in some areas.

The agency found that 97% of the 179 adolescents hospitalized with COVID-19 in that period were unvaccinated, 77 of them (43%) had to be admitted to the intensive care unit and two died. Among the six fully vaccinated youths who were hospitalized, none went to the ICU and none died.

►Public health officials in the U.K. are urging the government to reimpose social distancing restrictions as the country sees its highest case levels since mid-July.

►A World Health Organization program is seeking to purchase antiviral COVID-19 drugs, including Merck’s experimental pill, at as little as $10 per course for 120 million patients in the world’s poorest nations, Reuters reported.

►Washington State has fired football coach Nick Rolovich after he declined to get vaccinated against COVID-19 despite a state mandate that required it unless he was approved for an exemption.

►The United States reported its 45 millionth COVID-19 case on Monday, Johns Hopkins University data shows. Half the cases have been reported just since Jan. 9, when America’s vaccination effort had begun.

📈Today’s numbers: The U.S. has recorded more than 45 million confirmed COVID-19 cases and more than 726,000 deaths, according to Johns Hopkins University data. Global totals: More than 241.3 million cases and 4.9 million deaths. More than 189 million Americans – 57% of the population – are fully vaccinated, according to the CDC.

A statement from DHS spokeswoman Marsha Espinosa said Mayorkas “tested positive this morning for the COVID-19 virus after taking a test as part of routine pre-travel protocols. Secretary Mayorkas is experiencing only mild congestion.”

Mayorkas, 61, was scheduled to travel to Colombia but, according to the statement, “will isolate and work at home” in accordance with CDC guidelines.

The Food and Drug Administration may give its OK this week to administering booster shots that are different from recipients’ original COVID-19 vaccine, the New York Times reported. The decision would fulfill the requests of state health officials, who have been seeking increased flexibility in giving the vaccines.

Last week, an expert panel that advises the FDA recommended booster shots of the Johnson & Johnson vaccine, a day after voting in favor of the Moderna booster. That same committee received the results of a study that showed recipients of the J&J vaccine would get enhanced protection from a second dose of either the Moderna or Pfizer vaccine, which relies on a different technology.

Pfizer boosters were authorized for certain populations last month. The Moderna and J&J boosters are expected to be cleared by Wednesday evening, the Times said, and that may also be the timeline for the announcement on the boosters.

Some studies have found benefits in combining different vaccine shots as part of the initial protocol, but there isn’t a uniform consensus about the practice yet.

What’s better: Natural immunity or vaccine to protect against COVID-19?

Data is just starting to emerge about how much protection people who had COVID-19 may have against another infection, but the CDC still recommends they get vaccinated.

A growing body of research suggests infection plus vaccination provides the strongest protection against a wide range of variants, possibly for a long time.

People who were infected and then vaccinated some months later have “what’s called ‘hybrid immunity,’ which is like super-immunity,” said Warner Greene, a virologist at the Gladstone Institute in San Francisco. However, Greene warns against seeking out infection to get protection given the risk of severe disease.

Amid ongoing debate over whether to mandate vaccines and ethical questions surrounding the research and manufacture of certain vaccines using cell lines from aborted fetuses, a Pew Research Center survey found Latino Catholics have one of the highest COVID-19 vaccination rates among major religious groups in the United States.

The study of 10,000 adults revealed that 86% of Hispanic Catholics said they were at least partially vaccinated, higher than white Catholics (79%) and second only to atheists (90%).

Elsewhere, Catholic Church leaders, though strongly opposed to abortion, have taken differing positions on vaccine mandates and the use of religious exemptions. A letter by four Colorado bishops in August stated their support for some COVID-19 vaccines but strongly opposed mandates. By contrast, the archdioceses of New York, Los Angeles and Philadelphia have urged their priests not to provide religious exemptions to vaccines. Read more here.

As COVID-19 vaccine mandate deadlines loom over police departments nationwide, law enforcement leaders and politicians must weigh whether defiant officers can keep their jobs amid an already-depleted police force.

In Chicago, the police union and mayor have publicly feuded over a city-wide vaccine mandate. The deadline for city employees to report their vaccination status was last Friday, and more than one-third of Chicago police officers didn’t do so, according to city data.

Like Chicago, the head of the Baltimore Police union urged members not to report their vaccination status.

In Seattle, city employees are poised to lose their jobs Tuesday if they don’t comply with vaccine mandates. The police department has lost more than 300 officers over the past year, according to Mike Solan, the union’s president. And Solan said he anticipates another “mass exodus” of Seattle police offers as the vaccine mandate comes into effect.

However, COVID-19 is the leading cause of death for American law enforcement officers, according to the Officer Down Memorial Page, a nonprofit tracking police officer deaths. Read more here.

Monday was the final day for thousands of workers in Washington state to prove they’ve been fully vaccinated against COVID-19 or risk losing their jobs. Washington’s vaccine mandate, issued by Gov. Jay Inslee in August, is believed to be among the strictest in the nation and covers more than 800,000 workers.

The mandate applies to most state workers, long-term care employees and teachers and staff at the state’s schools, including state colleges and universities. The only opt-out is a medical or religious exemption, though the exemption only ensures continued employment if a job accommodation can be made. 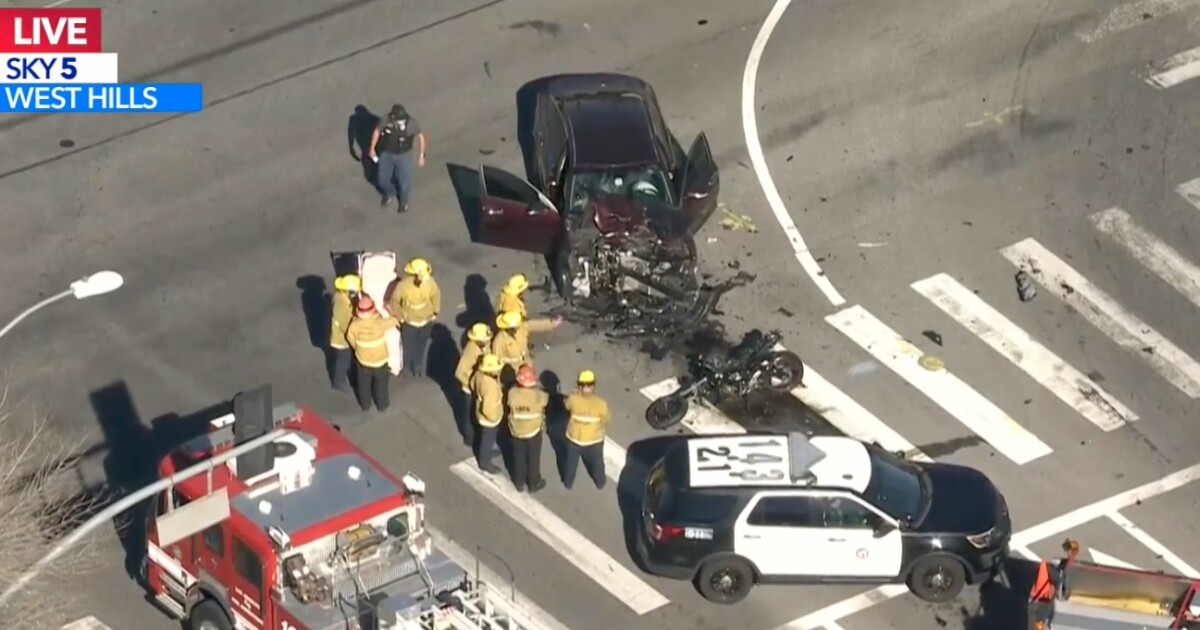 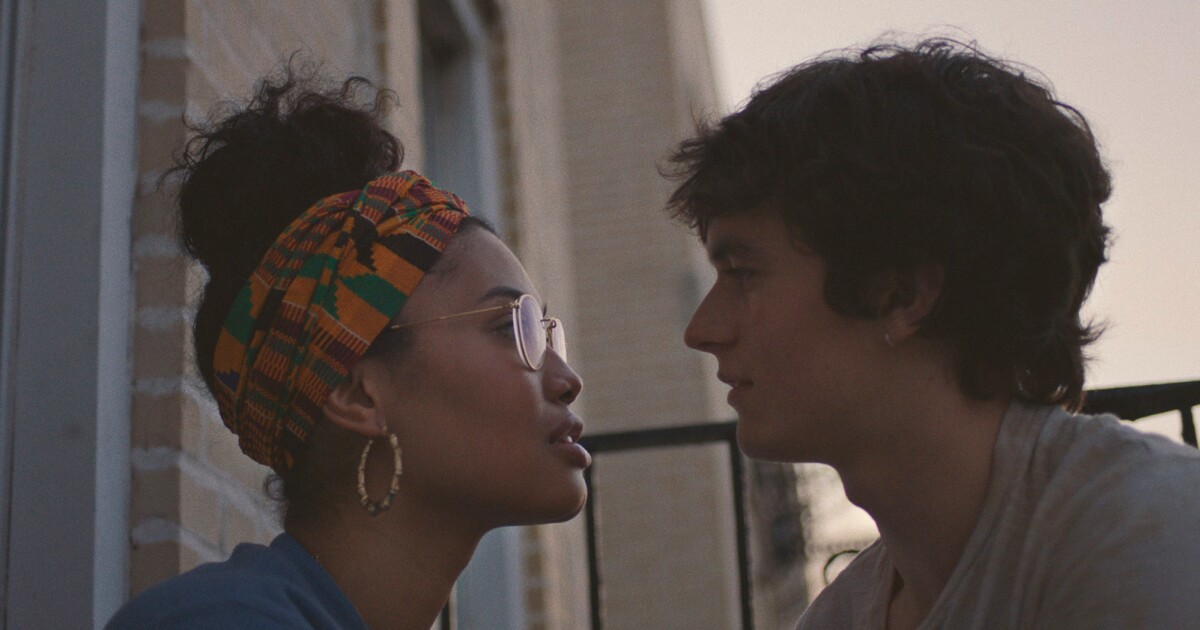 Podcast: Leyna Bloom on breaking ground as a trans woman of color L.A. mystery: the mourning doves stopped singing. What happened to them?