A deal between American drugmaker Pfizer and a U.N.-backed public health organization could provide a promising COVID-19 pill to more than half the world’s population, a significant step toward accelerating the pandemic’s end.

Pfizer said Tuesday it would grant a license for the antiviral pill Paxlovid to the Geneva-based Medicines Patent Pool (MPP), which would let generic drug companies produce the pill for use in 95 low- and middle-income countries, making up about 53% of the global population.

The agreement follows a similar deal struck in October between the MPP and New Jersey-based Merck for its own experimental COVID-19 medicine, molnupiravir.

Also on Tuesday, Pfizer requested emergency use authorization of Paxlovid from the Food and Drug Administration. Interim data showed the drug reduced the risk of hospitalization or death by 89% in COVID patients who took it within three days of symptoms appearing.

“We believe oral antiviral treatments can play a vital role in reducing the severity of COVID-19 infections, decreasing the strain on our healthcare systems and saving lives,” Pfizer Chairman and CEO Albert Bourla said in a statement.

Health officials said the fact that the deal was struck even before Pfizer’s pill has been authorized anywhere could help to end the pandemic sooner.

“It’s quite significant that we will be able to provide access to a drug that appears to be effective and has just been developed, to more than 4 billion people,” said Esteban Burrone, head of policy at the Medicines Patent Pool, who estimated production of the pill would begin within months.

►Cases are rising in 31 states, a USA TODAY analysis of Johns Hopkins University data shows. Cases for the week ending Monday were at 584,449, up 15% from a recent low in the week ending Oct. 26.

►The CDC on Monday moved four European travel destinations — Hungary, Iceland, the Czech Republic and Guernsey — to its highest-risk, “Level 4” category. The CDC recommends avoiding travel to destinations in this category, which have an incidence rate of more than 500 new COVID-19 cases per 100,000 people over the past 28 days.

►Maine surpassed its record for the number of people in the state hospitalized with COVID-19 as that figure reached 261 on Monday, 72 of them in critical care.

►New York state is expanding COVID-19 booster eligibility to those who “feel at risk.”

►A Houston hospital temporarily suspended a doctor for spreading false information about COVID-19 to her patients and on social media.

📈Today’s numbers: The U.S. has recorded more than 47 million confirmed COVID-19 cases and more than 764,000 deaths, according to Johns Hopkins University data. Global totals: More than 253 million cases and 5.1 million deaths. More than 195 million Americans — 58.8% of the population — are fully vaccinated, according to the CDC.

📘 What we’re reading: As doctors’ offices and pharmacies fill appointments fill to immunize children, parents across the country are looking forward to the freedoms their kids can enjoy after getting their shot. But the question of masking — especially in schools — still remains.

Keep refreshing this page for the latest news. Want more? Sign up for USA TODAY’s Coronavirus Watch newsletter to receive updates directly to your inbox, and join our Facebook group.

Presidential medical adviser Dr. Anthony Fauci said people who have gotten vaccinated against COVID-19 should feel comfortable getting together over the holidays with loved ones who have also been inoculated.

“If you get vaccinated and your family’s vaccinated, you can feel good about enjoying a typical Thanksgiving, Christmas with your family and close friends,” Fauci said in a Monday interview hosted by the Bipartisan Policy Center.

With cases still high, Fauci urged Americans to wear masks when in groups of people in indoor settings.

“But when you’re with your family at home, enjoy it with your parents, your children, your grandparents,” he said. “There’s no reason not to do that.”

Pfizer has formally requested emergency use authorization from the Food and Drug Administration to provide its COVID-19 antiviral drug Paxlovid to the American public.

A recent study showed the medication reduced the risk of hospitalization and death by 89% compared to a placebo when given within three days of the beginning of COVID-19 symptoms. Subjects in the trial were all at high risk for severe disease. An independent review agency stopped the study early because of its effectiveness. The drug, which limits the replication of the virus, is delivered as three pills taken for five days.

Almost 1 million children ages 5 to 11 have received their first COVID-19 shot within the first week of eligibility, the Biden administration announced last week.

But the rollout of COVID-19 shots for elementary-age children has exposed another problem with the nation’s efforts to address pandemic inequalities: Health systems have released little data on the racial breakdown of youth vaccinations, and community leaders fear that Black and Latino kids are falling behind.

Only a handful of states have made public data on COVID-19 vaccinations by race and age, and the Centers for Disease Control and Prevention does not compile racial breakdowns either.

In the few places that do report child COVID-19 vaccines by race, the breakdowns vary.

In Connecticut, vaccination rates for 12- to 17-year-olds in many wealthy, predominantly white towns exceed 80%.

The Biden administration said it is spending nearly $800 million to support organizations that seek to broaden vaccine confidence among communities of color and low-income Americans.

A new report from a panel of government, academic and journalism leaders urged a clearer federal strategy to counter misinformation around the COVID-19 pandemic as part of 15 broad recommendations to reduce “the chain reaction of harm” caused by false information.

The report, released Monday by the Aspen Institute’s Commission on Information Disorder, followed a six-month investigation of the spread of COVID-related misinformation. It emphasized the need for a “comprehensive federal approach” with clearly defined responsibilities across the executive branch.

“At the time of this writing, the Federal Government lacks any clear leadership and strategy to the disinformation problem, despite its own acknowledgement of the impact on public health, elections, businesses, technology, and continued campaigns on communities of color, including immigrants and refugees,” the report said. “This lack of leadership, ownership, or strategy is hampering efforts, slowing response times, and duplicating efforts.”

The panel also called on social media platforms for more transparency in sharing background information about viral posts and how they spread, among other recommendations.

A teacher in Palm Beach County, Florida, who was at the center of a battle to get a hospital to administer an unproven drug for her worsening COVID-19 symptoms has died from the illness.

Tamara Drock, 47, of Loxahatchee, Florida, died from complications of COVID-19 on Friday, 12 weeks after being admitted to Palm Beach Gardens Medical Center for treatment, her husband said.

As she struggled with the disease, her husband, Ryan Drock, sued the hospital last month in an attempt to require it to administer ivermectin, a drug approved by the FDA to treat conditions caused by parasitic worms but not COVID-19.

The closely watched case became one of several across the country that sought to compel hospitals to administer the drug, which has gained popularity in conservative circles as a potential treatment for serious cases of the illness. The FDA says ivermectin has not proved effective against COVID-19 in pre-clinical trials. 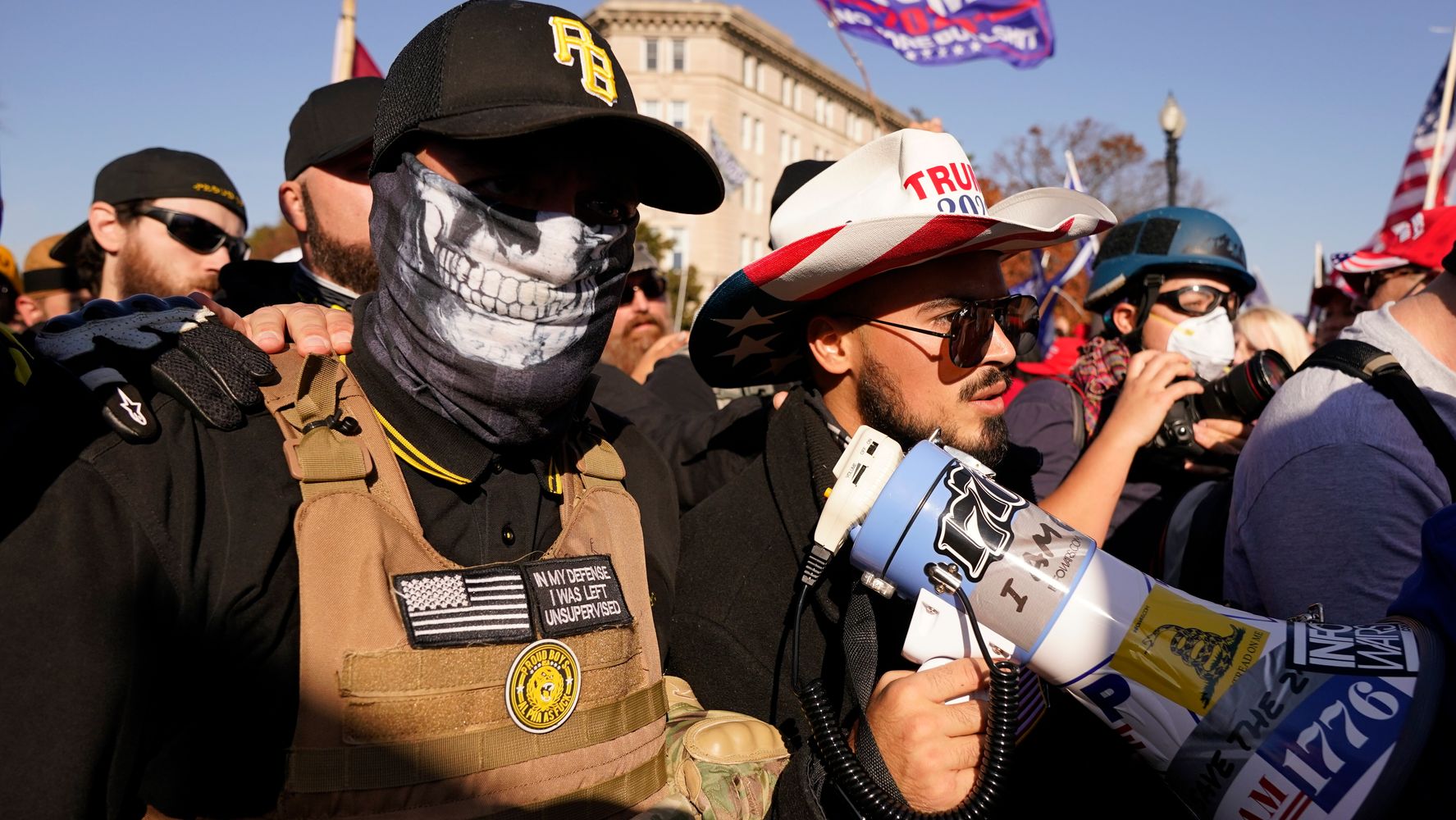 In Bakersfield, many push for bringing back the flow of the long-dry Kern River