For nearly a century, the cloistered nuns of the Monastery of the Angels have lived quietly on a rambling four-acre property just beneath the “H” of Los Angeles’ famous Hollywood sign.

From this incongruous location, they bake their famous pumpkin bread and make candies to sell at their gift shop and online. They also send a steady stream of prayer heavenward 24 hours a day.

Now, however, it appears that the nuns of the Monastery of the Angels are about to be booted.

The Dominican Order that oversees the monastery said it no longer meets the criteria designated by canon law and will be closed down. The order also intimated that conflicts among the nuns contributed to the decision to close it.

(And yes, it’s a monastery, not a convent, even though it houses nuns. That’s what the Dominicans call it when the nuns are cloistered.)

The property is assessed at more than $2.7 million by the county but would probably sell for much more, experts said. However, whether it will go on the market is unclear. The Dominican Order said no decision has been made to sell the property and that it will continue to explore possibilities for the future.

“It is our hope to maintain the chapel for worship and prayer,” the statement from the order said. “The gift shop, pumpkin bread bakery and candy making will continue to operate with the expertise of our current lay personnel.”

Since rumors of the closure first began circulating earlier this week, more than 2,000 people have signed a petition calling upon Los Angeles Roman Catholic Archbishop José Gómez, along with the master of the Dominican Order and the president of the North American Assn. of Dominican Monasteries, to reconsider.

Theresa Baker, whose father worked as a groundskeeper at the monastery in the 1940s, is helping lead the fight.

“What we’re trying to find out is how do we halt whatever they are doing and stop the removal of the nuns,” she said. “The reason they are giving for needing them to leave doesn’t make sense.”

Baker said that the Monastery of the Angels has always been a place to turn to in times of despair — when someone is sick or dying or when a miracle was needed.

“There is nothing like it in Los Angeles, and if they take it away it will be very sad and tragic,” she said.

The monastery has been in trouble before. In 2009, just after the recession struck, the nuns posted notice that the monastery ran the risk of becoming “a condominium or a mall or worse” due to slumping sales in the gift shop, a decrease in donations and a decline in investment revenue.

Locals stepped up to help the nuns by buying them new mixers for their pumpkin bread-making, among other means of support.

“If they needed anything, the community was always ready and willing to come through for them,” Baker said.

The Monastery of the Angels was founded in 1924 and was supported early on by some of L.A.’s wealthiest families, including the Dohenys, the Dockweilers, the Van de Kamps and the Hancocks. This support allowed the nuns, in 1934, to purchase the sprawling Hollywood estate that had belonged to copper mine owner Joseph Giroux.

Carlos Sanchez, the general manager of the monastery, said that when he first arrived more than 20 years ago there were 45 nuns living there. Today, that number has dwindled to just five.

Several nuns died in the past year alone — three from COVID-19, one from cancer and another from heart failure. Others have been transferred out of the monastery.

Still, in a recent letter to Baker, Br. Gerard Timoner OP, master of the Order of the Preachers (better known as the Dominicans), said the core problem at the monastery was not the number of sisters, but rather dysfunction among the nuns.

He said there was a “lack of a communal and efficacious resolve on the part of the sisters to truly live according to the Rule of St. Augustine: ‘to be of one heart and one mind, on the way to God.’”

Baker, who regularly checks in on the nuns to see if they need anything, said she was aware of some difficult personalities within their ranks, but that a couple of nuns not getting along is not a good reason to shut down a whole monastery.

Baker and others had initially turned to the Archdiocese of Los Angeles to intercede to keep the monastery open, but that has proven fruitless. The archdiocese said it does not have financial or decision-making power over the monastery because it is part of an autonomous religious order.

“I suspect the sisters need to take up the matter with their fellow Dominican sisters who are their elected leaders,” said Timothy Matovina, a Catholic theology professor at the University of Notre Dame. “This could be the prioress, or maybe someone in the Dominican order who is over her, though it is possible archdiocesan officials have weighed in on the matter informally.”

Those who want to fight the shutdown worry that the remaining nuns are too old, or too frightened, to halt their removal on their own.

The nuns did not return several calls to the monastery for comment.

Richard Schreve and Kim Cooper, cultural historians who have taken tour groups to the monastery through their company Esotouric and who have been involved in many local preservation campaigns, tried to help Baker and others keep the nuns in their home, but said it has been difficult.

“It has really been incredible to try to figure out how to advocate in the Catholic Church,” Schreve said. “All the transparencies and processes that we as lay individuals are used to dealing with in government does not exist in canon law. It is literally a medieval process.”

After meeting with canonical law experts Thursday, Schreve and Cooper said there may not be much the community can do to keep the remaining Dominican nuns from leaving the monastery. However, they do see a path forward.

“It is our sincere hope that Archbishop Gómez can be empowered to invite another contemplative community to make a home at the Monastery of the Angels, so that there can continue to be a spiritual Catholic presence in the Hollywood Hills,” Schreve said.

The nuns rarely leave their home except for medical appointments, but Hollywood residents said their presence is palpable.

Lian Lunson, an actress and filmmaker who lives near the monastery, noted that it is located right down the street from the old Theosophical Society compound Krotona and the L.A. home of the Vedanta Society.

“It’s like this fantastic spiritual triangle,” she said. “And the energy these nuns send out with their prayers all day is so important to this community. You can feel that energy.”

Diz McNally, a writer and entertainer, has lived near the monastery for 22 years. Each morning around 11 she makes her way to the small, simple chapel on the grounds, which is open to the public. (The nuns also pray in the chapel, but on the other side of a metal screen from visitors.)

“You don’t have to be a Catholic to go there,” McNally said. “You can just sit in the monastery and collect your thoughts and know you are in the heart of crazy Hollywood, but it’s quiet.”

On Christmas Eve, she’s planning to invite some friends to attend midnight Mass at the monastery. When the service is over the priest usually invites everyone to come out to the driveway, where one of the nuns hands out hot chocolate and another gives out small slices of pumpkin bread.

“It’s so old-fashioned, it’s so locked in time,” she said. “I don’t want to see anything bad happen to it. I want it to go on and on and on.”

Republicans are already running scared on abortion and they should be

US adds only 210,000 jobs in November but the picture is mixed 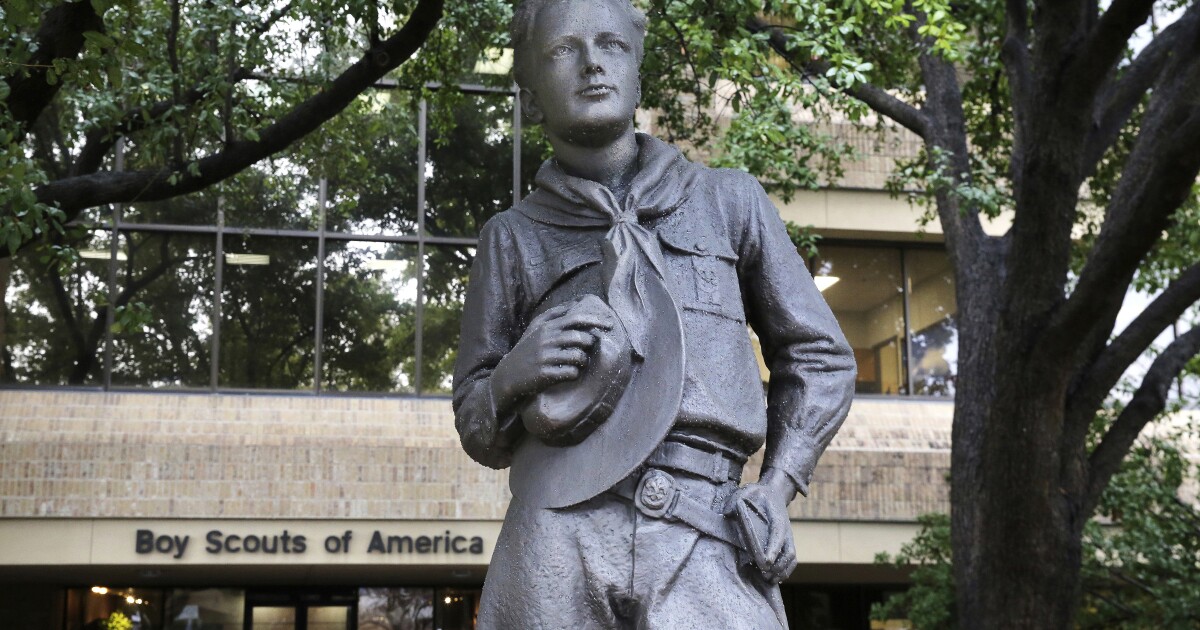 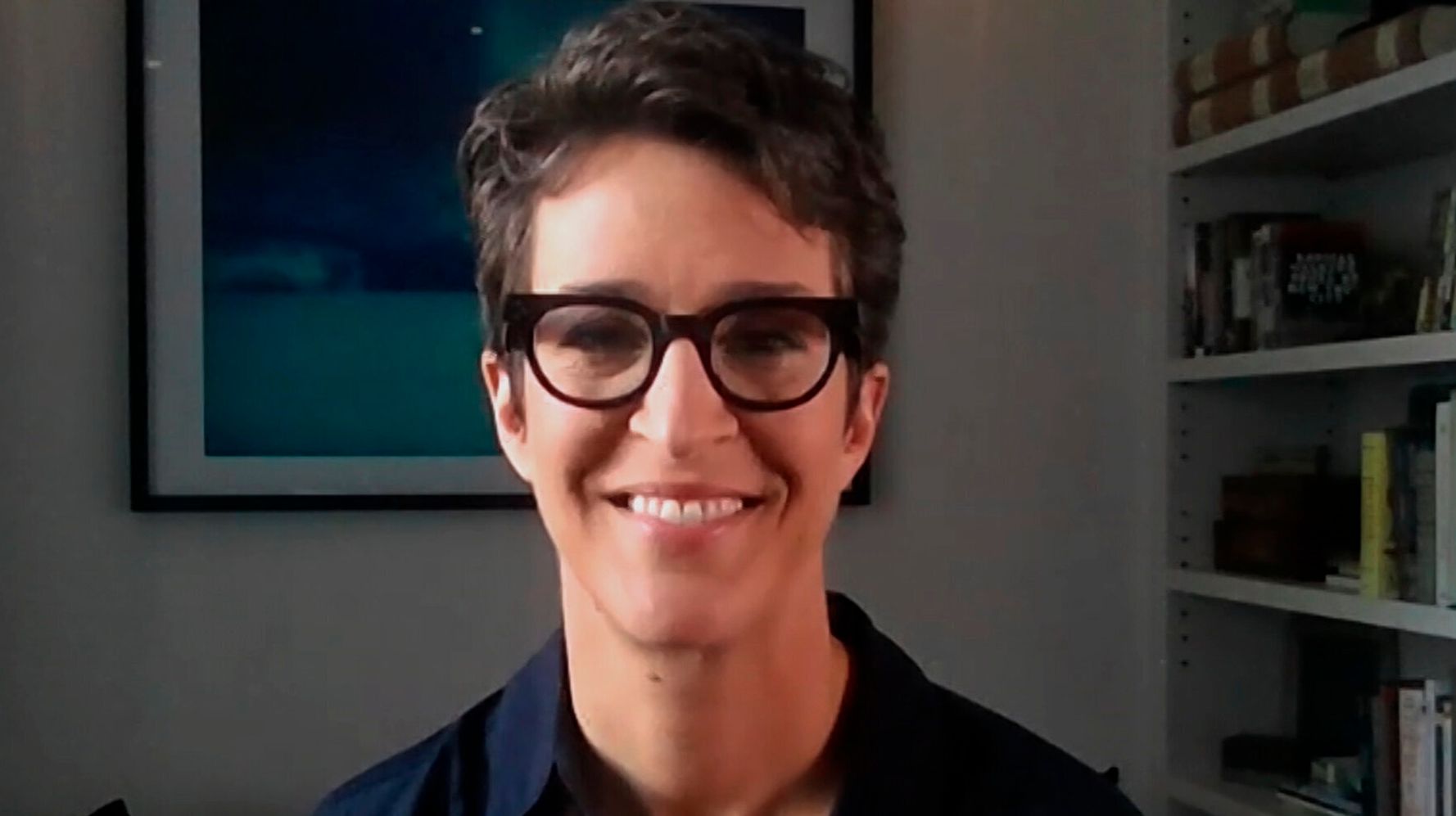