For Vivian Bowers, owner of a South Los Angeles dry cleaner, inflation hit home when her wholesale cost for hangers soared by 48% in six months.

Tom Bock, who runs an electric bike dealership in Huntington Beach, has had to pay his workers 25% more, on top of a boost in commissions.

Hagop Berberian, owner of an auto repair shop in Inglewood, is afraid to fully pass on the escalating cost of tires, motor oil and Freon. “Either you keep the customer happy or you lose the customer,” he said.

Skyrocketing inflation is slamming many of California’s 1.6 million small businesses, which employ more than half the state’s workforce. Supply chain snafus make it harder and costlier to restock inventory. Workers are seeking higher pay amid a labor shortage. And small firms are less able to navigate the challenges than larger competitors.

In October, the 6.2% rise in U.S. consumer prices was the biggest year-over-year jump in 31 years. Torrid surges in the cost of housing, gasoline, cars and food continue to capture headlines. For many small stores selling goods from furniture to footwear, and for providers of services from haircuts to home care, it is a nerve-wracking time: Do they charge more and risk losing clients?

“Larger firms can absorb higher costs for supplies,” said Holly Wade, research director of the National Federation of Independent Business, an advocacy group with more than 300,000 members. “And when it comes to supply chain disruptions, they’re at the top of the pecking order as far as deliveries, given their volume of purchases. For small firms, it’s a different ballgame.”

Across the economy, consumers who stopped traveling, dining out, getting their hair cut and going to movies during the COVID-19 pandemic amassed trillions of dollars in savings collectively. Rising vaccination rates enable shoppers to feel safer. And with returning jobs, more people are spending freely despite rising inflation. Retail sales jumped 1.7% in October, more than double September’s growth rate and the fastest pace since March.

Californians are doing better than most. In the second quarter, the Golden State experienced the nation’s fastest rise in personal income since the pandemic after South Dakota, according to a Pew Charitable Trust analysis. Boosted by government assistance, returning jobs and higher wages, it grew by 5.9%, adjusted for inflation.

But many small businesses are not feeling the love.

And their profits are at risk, said UC Santa Cruz economist Robert Fairlie. “When the cost to make a carne asada burrito goes up, some of that is passed on to the customer. And some of it is just eaten by the business owner.” Beef prices are up 20% in a year.

In October, 69% of small-business owners polled by the independent business federation said they have raised prices because of supply chain disruptions and rising employee wages in the face of labor shortages.

The number of owners expecting business conditions to worsen in the next six months rose to 52%, Wade said, the highest in 42 years of the group’s surveys — and that was before a new global coronavirus variant, Omicron, threatened progress in taming the pandemic.

Many small enterprises, still recovering from the pandemic’s financial hit, are counting on the holiday season to make up lost revenue, said Carolina Martinez, chief executive of the California Assn. for Micro Enterprise Opportunity, a business development network. “It’s their moment to really get to some levels where they would feel comfortable continuing their business.”

When Vivian Bowers took over her parents’ dry cleaning business on South Central Avenue in the wake of the 1992 riots, she recalled, the neighborhood was “blighted — gangs, drugs, prostitution.”

But the energetic entrepreneur took a business planning class at USC, chased out drug dealers on her block, launched pickup and delivery, and turned Bowers & Sons around.

And it has extended its reach, picking up laundry from pricey downtown lofts and sheets stained with fake blood from the set of Grey’s Anatomy.

After barely surviving the Great Recession and its long aftermath, and after cutting hours during the pandemic, Bowers now faces a new threat: inflation.

Los Angeles raised its minimum wage to $15 an hour in July, hiking her payroll outlay. The costs of hangers, poly garment bags and solvent, as well as gasoline for the delivery van, have spiraled.

In June, Bowers raised her prices by 5%. Now she’s worried about having to boost them an additional 10%.

“I don’t want to chase away customers,” she said. “If they have to choose between getting a blazer cleaned or putting gas in their car, which one are they going to do?”

But with revenue down by about a quarter since 2019, she said, “I’m struggling.”

It’s tamale season at the Lynwood eatery that Rosalva Aguilar and her parents have decorated with Christmas tree, candy cane and reindeer piñatas. Poinsettias adorn every table. On the patio, festive stars hang from white lights.

Orders are pouring in. Tamaleria Maria’s, a 19-year-old business that has weathered recessions and thrived during the pandemic, has hired six new workers to meet demand.

The restaurant faces a new challenge as inflation scythes through the economy.

As a result, the restaurant boosted what it charges for a meat or cheese tamale to $3.03 from $2.02. “If we don’t raise our prices, we won’t be able to maintain the business,” Aguilar said.

Nonetheless, Tamaleria Maria’s is nothing if not resilient. When the pandemic first hit, it closed for about a month. When it reopened, it faced competition from home kitchens also selling tamales. This year, it added new options, including a kit to make tamales at home and an online ordering system.

“I’ve noticed that a lot of new people are coming, due to word of mouth,” Aguilar said. “I feel like it’s going to be a good year.”

“People couldn’t go on vacation, but this was one thing they could do outside with their families.”

Pedego e-bikes are expensive, ranging from $1895 to $5495. But sales at Bock’s store boomed from 200 bikes yearly before the pandemic to 330 in 2020. Although his bike rentals slowed as tourism dried up, his gross revenue soared by a third to $1.1 million.

Still, if the pandemic padded his profit, it also created problems. Global supply chain snarls delayed deliveries of Chinese batteries to Pedego’s Vietnam factory. Shipping costs rose from $4,000 per container to $20,000. The company, which delivers bikes to 200 dealerships from its Fountain Valley warehouse, “probably has 8,000 bikes in the water right now between Asia and here,” Bock said.

The supply snafus caused the company to cut back on assembling its more complex bikes and reduced the number of models the store could stock from 19 to 12. With inflation affecting not just consumer prices but also wages, Bock had to raise pay for his four employees.

“Labor cost is my biggest fear,” he said. “People come in asking for a lot more money than ever before.”

Pedego has yet to raise its prices but may do so soon, Bock said. He’s not looking forward to it. “There are at least eight different electric bike stores in Huntington Beach,” he said. “We have to be competitive.”

As the pandemic raged through 2020, Hagop Berberian saw his business at Allright Automotive drop by a quarter. Three government loans didn’t cover all his losses. He dipped into savings.

Berberian put up a multicolored sign on the wall outside his Inglewood office: “In God We Trust.”

But just as his two-mechanic shop was rebounding this year, Berberian’s trust in the economy plummeted.

Last week, a customer came in to replace a tire. The same tire that Berberian had sold him six months earlier had risen in price from $65 to $85 wholesale.

Why is inflation so high?

“COVID — and greed,” he suggested, with a touch of bitterness. Gesturing toward the Port of Los Angeles 20 miles away, he also blamed supply chain delays that have contributed to shortages.

“Millions of dollars in cargo is sitting out there on ships. People are selling the supplies they have on hand for the maximum. They’re gouging us to recover what they’ve lost in the last year and a half when people were driving less.”

Berberian thinks prices will level off in coming months. Meanwhile, he has pared his business hours to five days a week from six days, without cutting his mechanics’ pay.

“If business is good at the end of the month, I give them a bonus,” he said. “Look at what milk is costing — and eggs, groceries. I go to a supermarket and what I used to buy for 100 bucks now costs nearly 200 bucks.”

In a sprawling San Gabriel shopping center, two security guards stand sentry at Chong Hing Jewelers, a 51-year-old business that evolved from a goldsmithing company selling custom pieces to a purveyor of luxury watches and jewelry.

During the pandemic, tourism — a big source of revenue — dried up, and neighboring stores around the company’s flagship location started to close. Chong Hing moved its four stores in the San Gabriel Valley and Bay Area to appointment-only, which limited the number of customers who could visit. But business was better than expected.

Loyal customers “pulled us through,” said Victoria Lee Castro, whose grandparents founded the company. “There’s still birthdays, there’s still anniversaries, there’s still major events where they want to buy a gift for their loved ones.”

This 2021 holiday season, demand for luxury watches and jewelry is high — particularly for 24-karat gold and jade jewelry, as well as Jaeger-LeCoultre, Chanel and other expensive timepieces. Speculation that customers wouldn’t buy as much this year as before is unfounded, Castro said.

But it’s been hard to restock some of the store’s classic watches, including the Chanel Boyfriend and Chopard Happy Diamonds.

And higher manufacturer prices have boosted the prices of some watches. On a recent visit to a supplier with her parents, “My mom, who has been doing this for about three decades, would just go, ‘Oh, my god, now it’s this much?’”

In Mexico border camps, families ‘wait for US doors to open’ 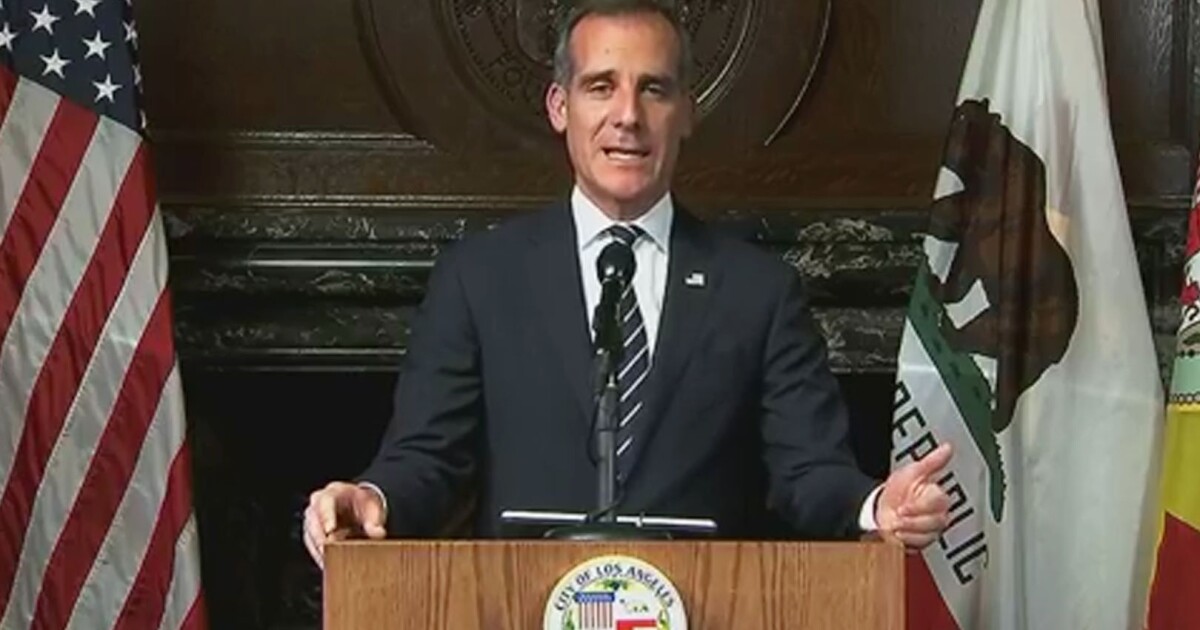 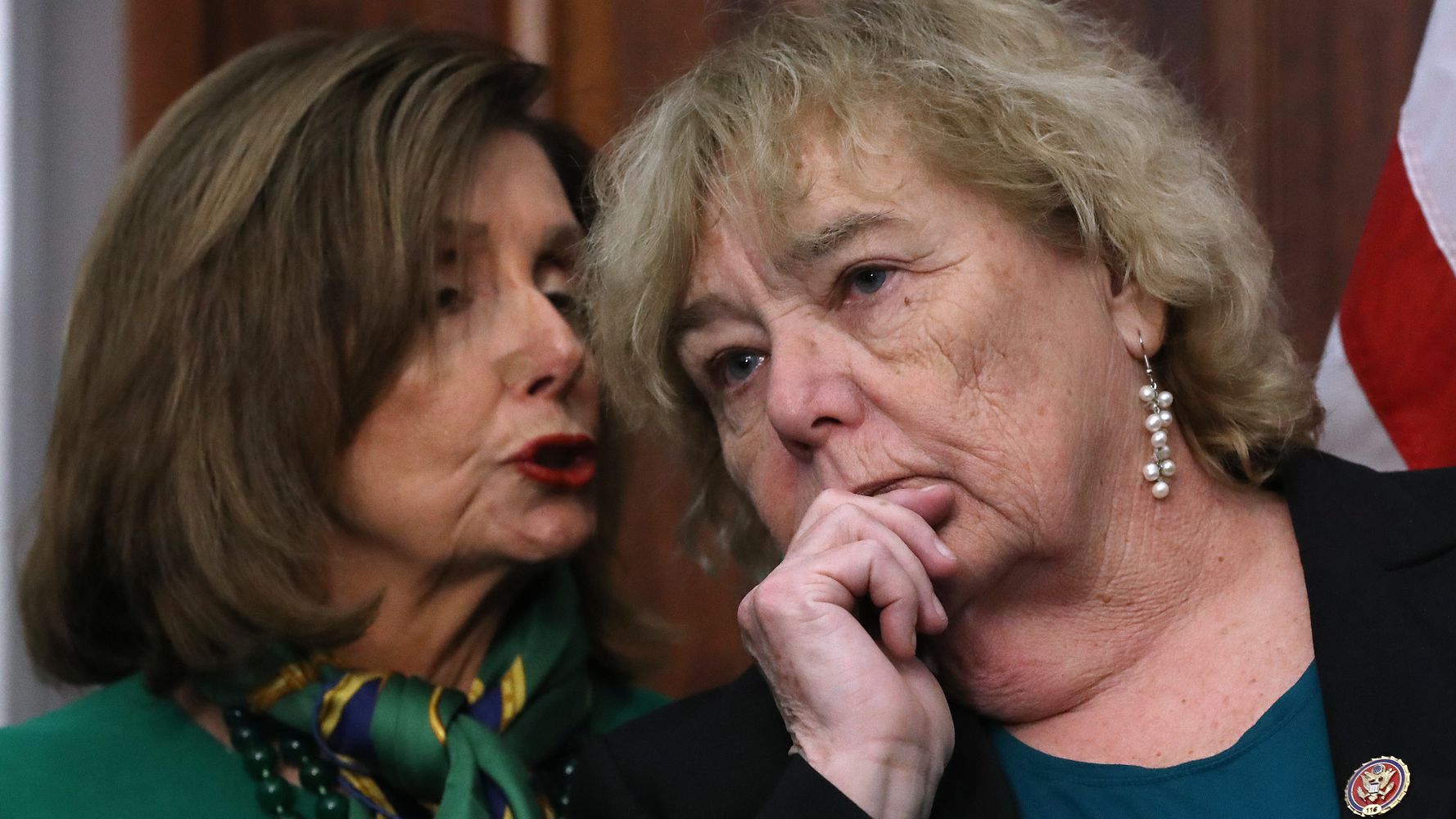 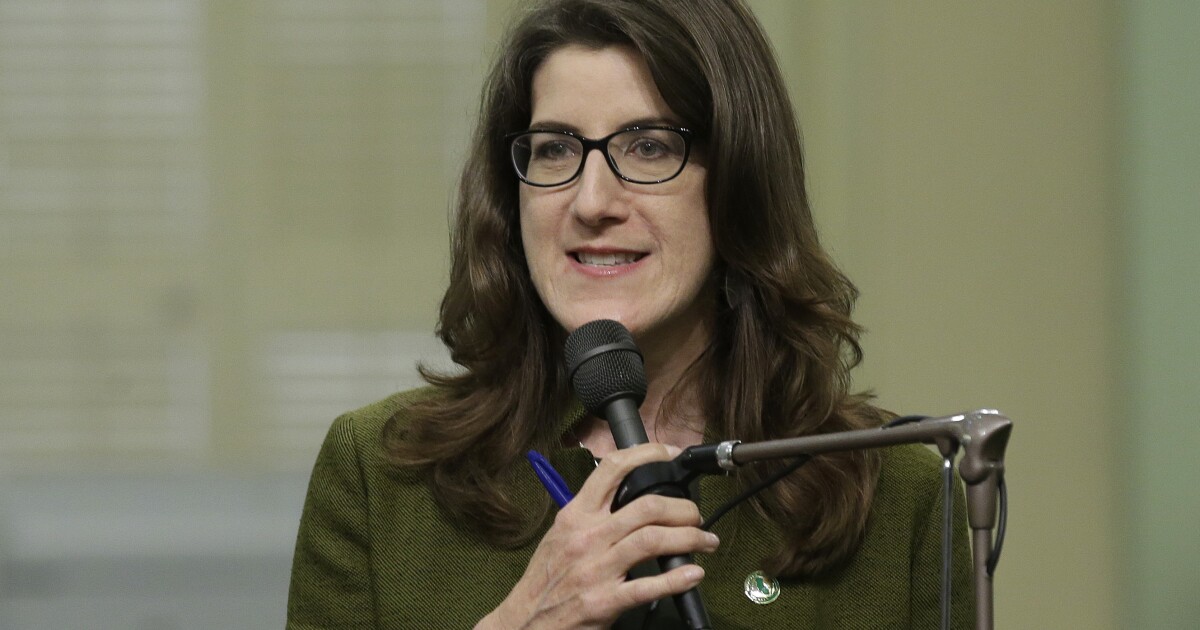 Florida manatee, ‘Trump’ carved into its back, sparks outcry, probe