As the snowsports travel industry shakes off its Covid chains, rail routes to the mountains are having a surprise renaissance, with more than 60 resorts in France, Switzerland, Austria and Italy now easily accessible from London. And carving up to 90% off a journey’s carbon footprint.

But despite snowsport fans’ enthusiasm for flight-free travel to ski resorts (and the extra slope day that can be shoehorned into a holiday compared with a standard seven-day package), the range of rail routes available, especially on sleeper services, has been disappointing. So it’s cheering that, as the ski industry gears up for its first “proper” season in two years, more trains than ever before are running to more than 60 European resorts. Bookings opened this week.

Much fanfare accompanied the news in September that Eurostar’s overnight Snow Train to the French Alps is back – sort of. Rebranded the Travelski Express, the service leaving London St Pancras on Friday evenings and returning during the day on the following Saturday is in fact a partnership with tour operator Travelski, and exclusively for those on its travel/accommodation/ski pass packages, which start at about £450. This season it serves six resorts, including Val d’Isère, Les Arcs and Les Menuires, with its first departure on Boxing Day.

There are also options for those booking independently or through specialists such as Ffestiniog Travel, Trainseurope and Rail Travel. Nightjet is the name of a growing international network of sleeper routes led by Austria’s national carrier, ÖBB, that can be accessed via Eurostar. Travelling through Amsterdam or Brussels, plus a slick German InterCity Express (ICE) to Cologne, they deliver skiers to Salzburg, Zurich and Innsbruck for easy onward hops to numerous resorts. Train travel from London to Wörgl, a short taxi ride from several good resorts in Austria’s Tyrol, for example, takes about 18 hours, including a night in one of several classes of couchette.

While France’s rail-to-Alps crown slipped with the slashing of sleeper routes in 2016, the efficient SNCF service to Briançon (for Serre Chevalier and Montgenèvre) remains. And 10 December will see the relaunch after three years of an overnight route from Paris to Lourdes for the Pyrenees, whose resorts, although lower and smaller than their Alpine counterparts, are well-loved by many UK downhillers for their authenticity, affordability and uncrowded slopes. The service takes about 10 hours, with couchette berths from €29 and first-class private compartments available.

The choice of TGV routes from Paris and Lille makes easy work of daytime journeys to the Alps. Paris to Chamonix, for example, can be done in five hours, with a scenic change in Saint-Gervais-les-Bains; Morzine is a mere 2½ hours from the French capital (the journey via Eurostar requires a change of station in Paris).

(Best prices at time of publication and most convenient routes from London St Pancras – Eurostar’s Kent stations will not reopen until after the ski season. Prices vary according to date and availability).

Station to slopes from 9 hours, from £179 return
Enjoy the Portes du Soleil’s 600km of pistes via the most genteel of its 12 resorts, with access to quieter slopes on local peak Mont Chéry. The 09.31 Eurostar reaches Paris Gare du Nord at 12.47, leaving plenty of time to transfer to Gare de Lyon for the 14.18 TGV to Bellegarde-sur-Valserine, arriving 17.00. The next service to Cluses departs 17.15 and arrives 18.52, leaving you a 25-minute cab or bus ride from your destination.

Station to slopes from 9 hours, from £161.93 return
Two new lifts connecting Val Thorens with the outlying Orelle area are this season’s big story in the 3 Vallées, and Méribel puts guests at the heart of 600km of diverse terrain. Take the 07.52 Eurostar to Paris Gare du Nord, arriving 11.17. Transfer by taxi to Gare de Lyon for the 13.29 TGV to Moûtiers-Salins, arriving at 17.51 (runs from 1 January). Road transfers to Méribel take about 30 minutes. A six-night travel/accommodation/ski pass package from Travelski costs from £544pp, travelling at 19.45 direct to Moûtiers on the Travelski Express, arriving 05.32.

Station to slopes from 15 hours 31 minutes, from £109.62 return
The traditional Pyrenean village of Barèges and lift-linked neighbour La Mongie form Le Grand Tourmalet, the Pyrenees largest ski area, with more than 100km of pistes. Take the 16.22 Eurostar to Paris Gare du Nord, arriving 19.47. Transfer to Paris Austerlitz for the 21.14 Intercités de Nuit sleeper train to Lourdes, arriving 07.43. From there a shuttle bus to the resort takes 70 minutes.

Station to slopes from 9 hours 37 minutes, from £195.96 return
This smart resort high above the Rhone valley has panoramic views, pretty, wooded pistes, excellent nursery slopes and some fine mountain restaurants. Take the 09.31 Eurostar to Paris Gare du Nord, arriving 12.47. Transfer to Paris Gare de Lyon for the 14.18 TGV to Genève Cornavin, arriving 17.29. Transfer to the 18.11 to Sierre, arriving 20.07. From there it’s a 15-minute funicular railway ride to the resort.

Station to slopes from 10 hours nine minutes, from £160 return
Fittingly, this Tyrolean resort’s rise from farming village to world-class ski town status began with a new rail connection in 1884. Today, the state-of-the-art lift system that serves Ski Arlberg area’s 305km of slopes is a short walk from the station. Take the 07.55 Eurostar to Paris Gare du Nord, arriving 11.17. Transfer to Gare de Lyon and take the 12.22 TGV to Zurich HB. The Railjet Xpress from Zurich to St Anton am Arlberg departs at 16.40, arriving at 19.01.

Station to slopes from 18 hours, from £244 return
Part of the 280km SkiWelt area, and a short bus ride from ritzy Kitzbühel, Westendorf is a tranquil, traditional village with great beginner slopes and night skiing. Take the 15.04 Eurostar to Brussels-Midi, arriving 18.05, then the 18.25 ICE to Cologne, arriving 20.15. The Nightjet sleeper train to Wörgl leaves at 22.16, arriving at 08.37. Bus or taxi transfers to Westendorf take about 20 minutes.

Xavi Hernandez set for Barcelona but how good is he as a coach? Al Arabi opposition analyst reveals all 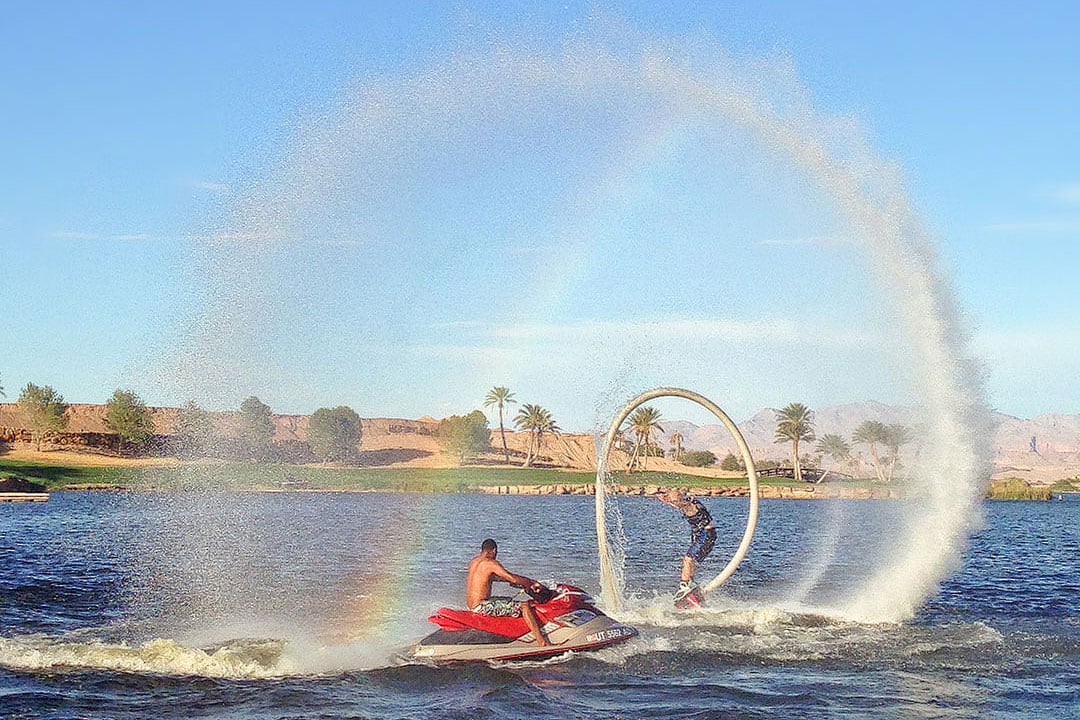 15 Fun Outdoor Activities in Las Vegas If You Love Adventure