Liverpool did not need to reach anywhere near their peak performance but their 5-0 dismantling of Manchester United marked a significant day in the Premier League title race, according to Jamie Carragher and Gary Neville.

United were totally humiliated and Liverpool did everything that was asked of them, picking apart their opponents with precision to secure the biggest win over their arch rivals at Old Trafford.

Mohamed Salah’s treble was the first scored by a Reds player on the ground since Fred Howe in a 5-2 win in November 1936, the club’s previous record win.

Overjoyed visiting fans sang songs celebrating the performance while also mocking United and Jurgen Klopp could not resist delivering his trademark triple fist-pump at the final whistle having initially appeared to think twice about pulling out the move on opposition territory.

Liverpool are already seven points clear of United after nine games and when asked if he could believe what he witnessed at Old Trafford, Jamie Carragher told Sky Sports: “No I can’t. I’m not trying to be clever here but I don’t think Liverpool were at their absolute best in terms of actual possession.

“Certainly throughout that first half, they gave Manchester United opportunities by losing the ball but whenever they made passes and got in and around United’s back four… that’s just a joke of a back four, the way it is playing.

“It was just a mess, Keystone Cops kind of defending. But you can’t quite believe what you’ve seen. I was saying on commentary, I was saying almost drink this in to the supporters watching it at home – it will never get better than that.

FREE TO WATCH: Highlights from Liverpool’s win against Manchester United

“The one slight disappointment was that there was half an hour to go against 10 men so you’ll never get that opportunity again [to score more].

“Manchester United and Liverpool are the biggest rivals perhaps in world football, two huge clubs in the North-west of England and I’ve a huge respect for what both clubs have achieved, but you’re not going to get that opportunity too often. 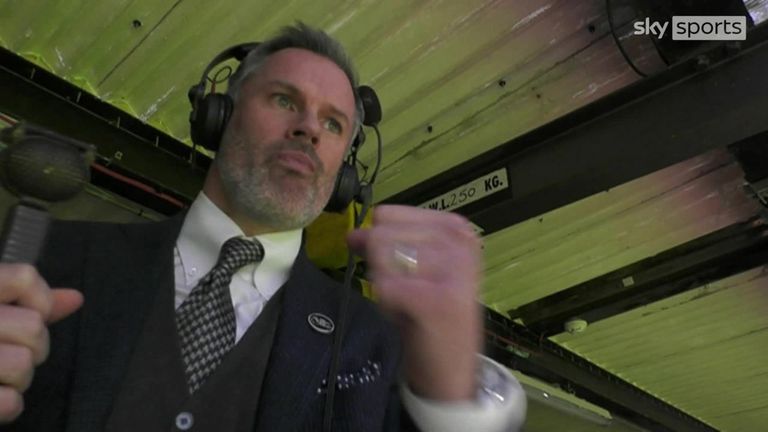 Jamie Carragher punches the air as Mohamed Salah completes his hat-trick for Liverpool against Manchester United.

Nev: Pressure was on Liverpool… it’s a big result

Gary Neville was stunned by the level of Manchester United’s performance in the 5-0 thrashing by Liverpool at Old Trafford.

In highlighting Manchester United’s shortcomings, it would be wrong to forget how well Liverpool played as they showed themselves to be a class apart from their rivals in this great fixture.

Gary Neville told Sports: “What this result does do is put the three top teams in the league all within a couple of points of each other – Manchester City, Chelsea and Liverpool. They’re the outstanding teams.

“There was pressure on them today to deliver given the wins for Chelsea and City on Saturday [against Norwich and Brighton respectively] but this is a big, big result.”

Liverpool are only the second team in English top-flight history to win consecutive away games by a margin of five or more goals without conceding themselves, after Manchester United between February and March 1960.

Indeed, Jurgen Klopp’s side has scored 19 goals in their first five away matches in the Premier League this season.

Graeme Souness told Sky Sports: “They (Liverpool) were clinical, they were fabulous at times. I think it’s one of those, if you’re a Liverpool supporter – ‘I was there that day’. I’ve said before…it’s never easy for Liverpool coming here, but it certainly was today.

“I think they started really well, got themselves a couple of goals and then there was a period where United looked like they were getting back into the game without making Alisson work.

“It is a sad, sad day for United, but fair play to their supporters, because the vast majority stayed until the very end and supported their team.”

Is this the greatest result of Klopp’s career? 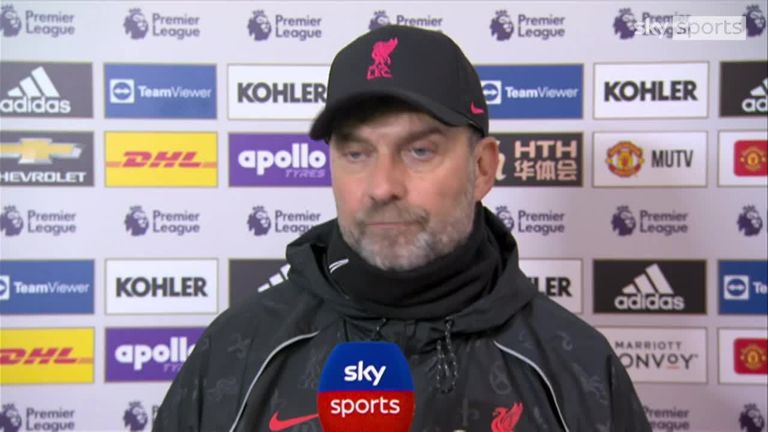 Jurgen Klopp was delighted with his side’s finishing although the win did come at a cost in the shape of injuries to Naby Keita and James Milner.

Klopp knows their 5-0 battering of 10-man Manchester United was one for the history books but has not yet had a chance to assess the enormity of the result.

While the Reds boss was unable to offer a valid assessment on where the result ranked in his career, he did say his side were “exceptional”.

“Didn’t think about it yet. It’s a good day, a really good good day. No idea (if it’s one of the greatest). It’s a big one,” the Liverpool manager said.

“I got told that it never happened before in the history of LFC. This group always wanted to write their own chapter so this was a little chapter tonight.

“People will talk about it in the future, 100 per cent because it does not happen very often.

“We saw the game and we were lucky in two or three situations in the first half when United could have scored – they should have scored the first one (which fell to Bruno Fernandes) but it doesn’t make our performance smaller.

“In front of the goal, in the last third, we were exceptional. Clinical and ruthless, the high press was outstanding, formation top, all these things you want to see as a coach.

“The difference is you don’t usually score in each situation and we did.” 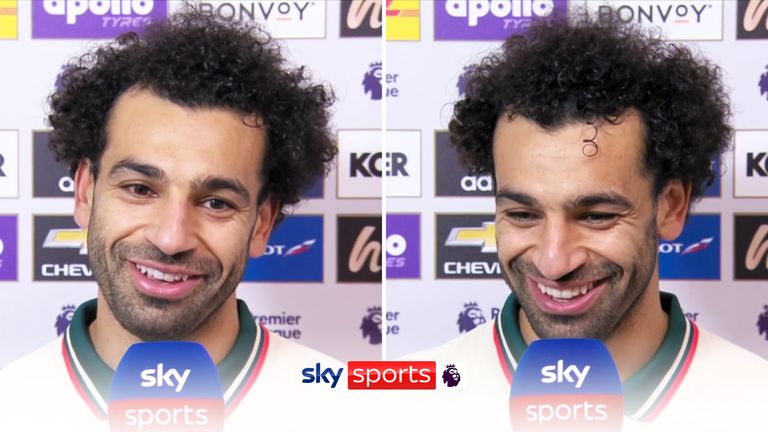 Liverpool are a point off the top in second following a victory in which Salah once again – and with perhaps the clearest indication yet – showed he is in a simply magical vein of form at the moment.

The Egyptian forward teed up the opener for Naby Keita before scoring a hat-trick to take him to 15 goals in 12 appearances in all competitions this season. It seems hard to argue with talk that he is currently the best player in the world.

Salah became the first away player to score a hat-trick at Old Trafford since Cristiano Ronaldo did so for Real Madrid in the UEFA Champions League in April 2003 whilst he also overtook Didier Drogba as the highest scoring African player in the competition’s history as he moved onto 107 goals.

He told Sky Sports: “I think it’s great to win 5-0 here. We knew before the game it would be tough if we didn’t play our football. We managed to do that from the beginning which made the game a bit easier.

“We knew they would come and would try to give everything to win the game so in our heads we had to be 100 per cent, we needed to dominate the game and think we did it.

Asked about his personal run of goalscoring form, Salah said: “As long as the team keep winning, I’m more than happy. I’m always trying to give assists. The first one I could go alone but I gave it to Naby, so I think I’m trying always to give my best for the team to win, which is the most important thing.”

Neville said: “He’s at his absolute peak. This is a player who at this moment in time can take any game by the scruff of its neck.”

Carragher added: “If he goes close to the same number of goals he scored in his first season at the club, Liverpool will go very close to winning the two big trophies [Premier League and Champions League] they’ll be desperate to get their hands on. He’s an absolute superstar.” 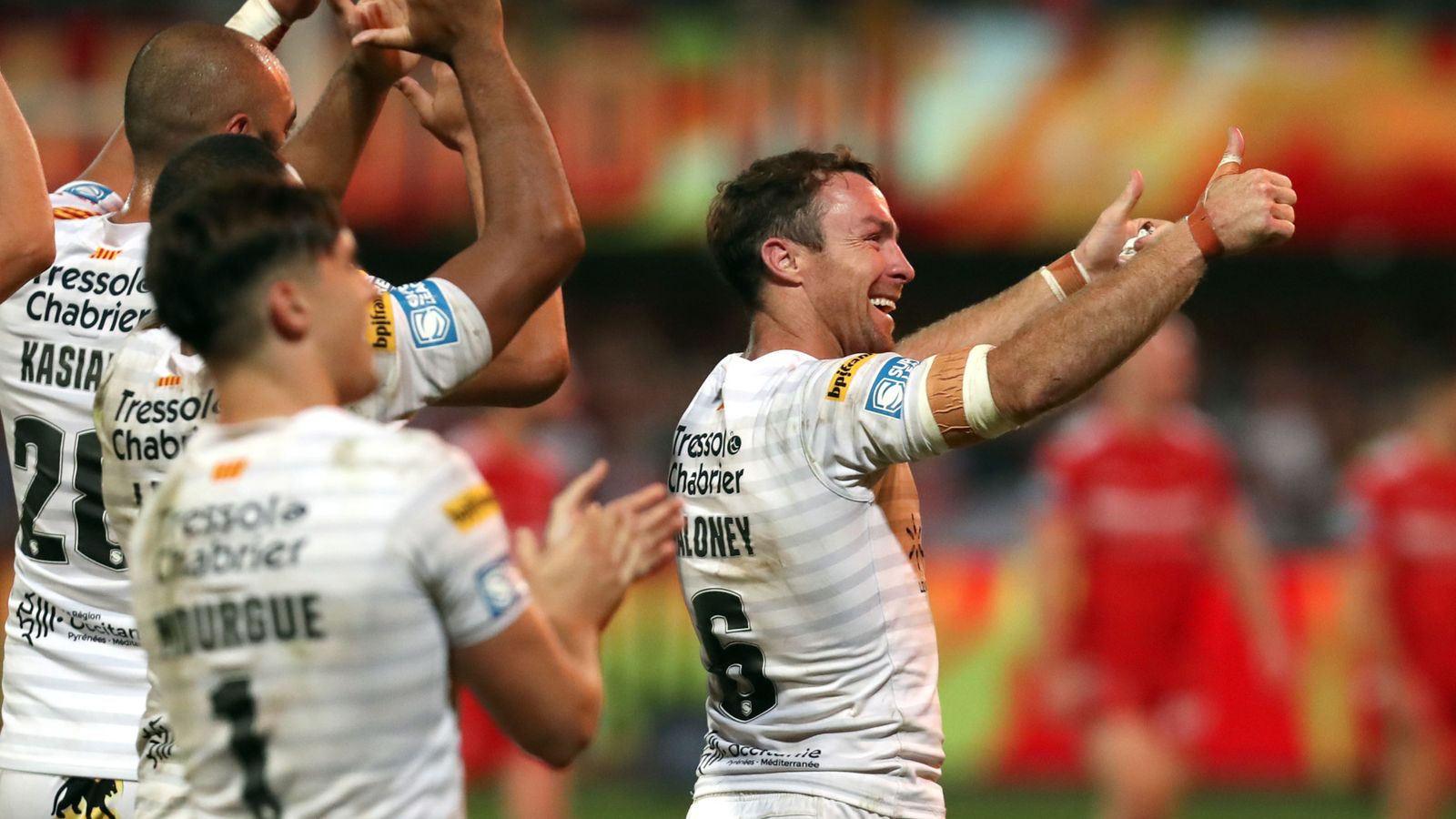 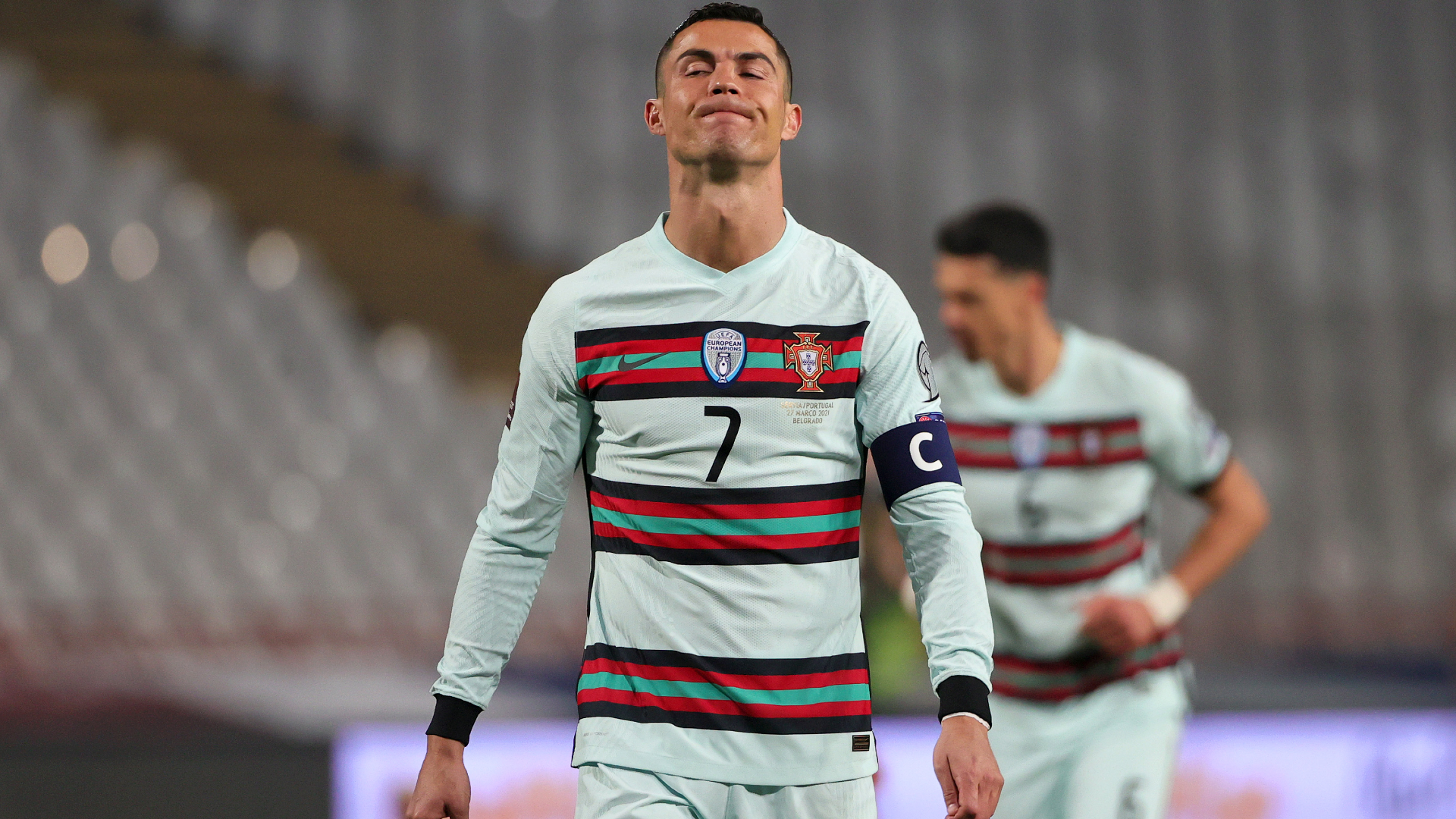 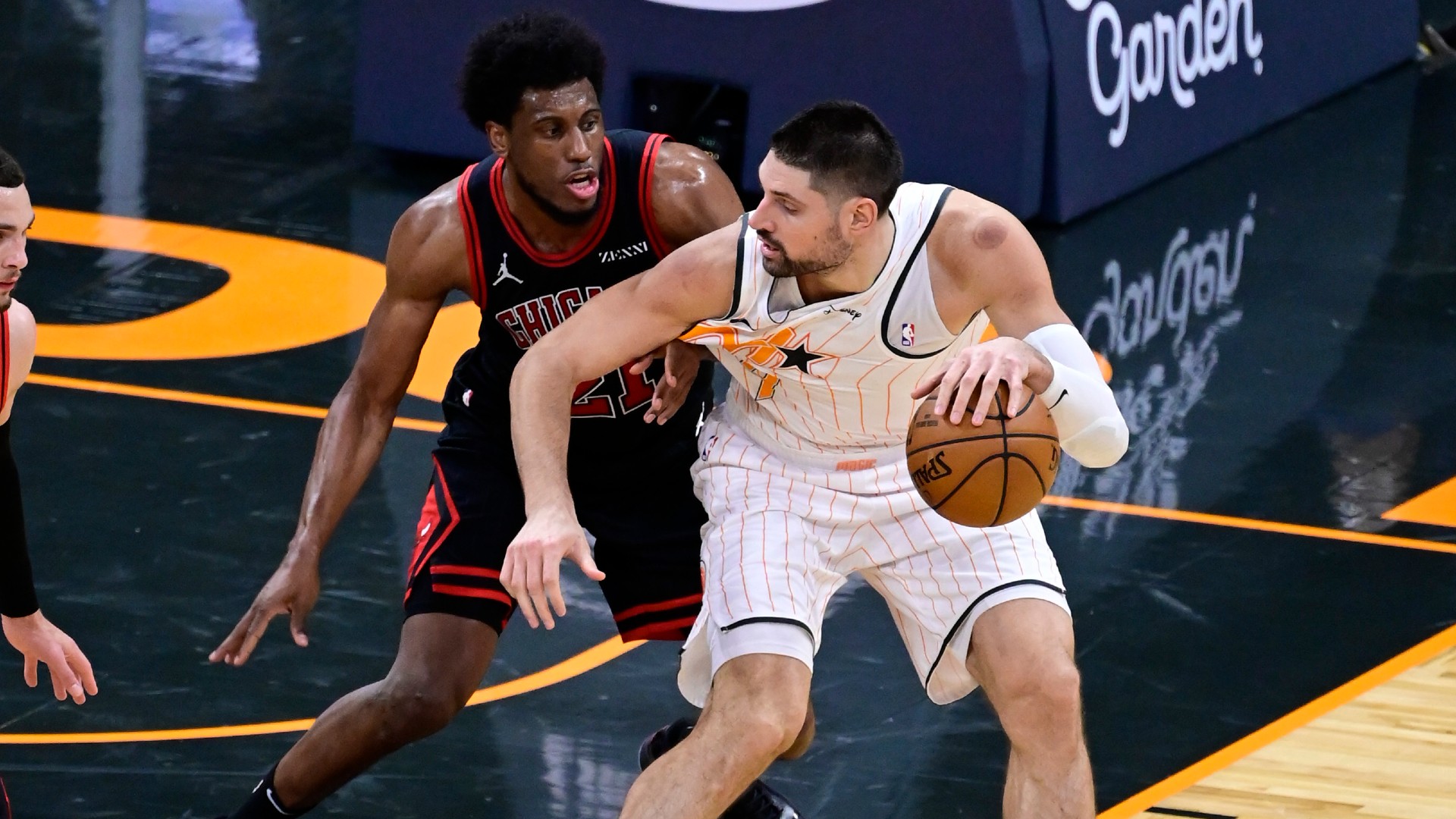 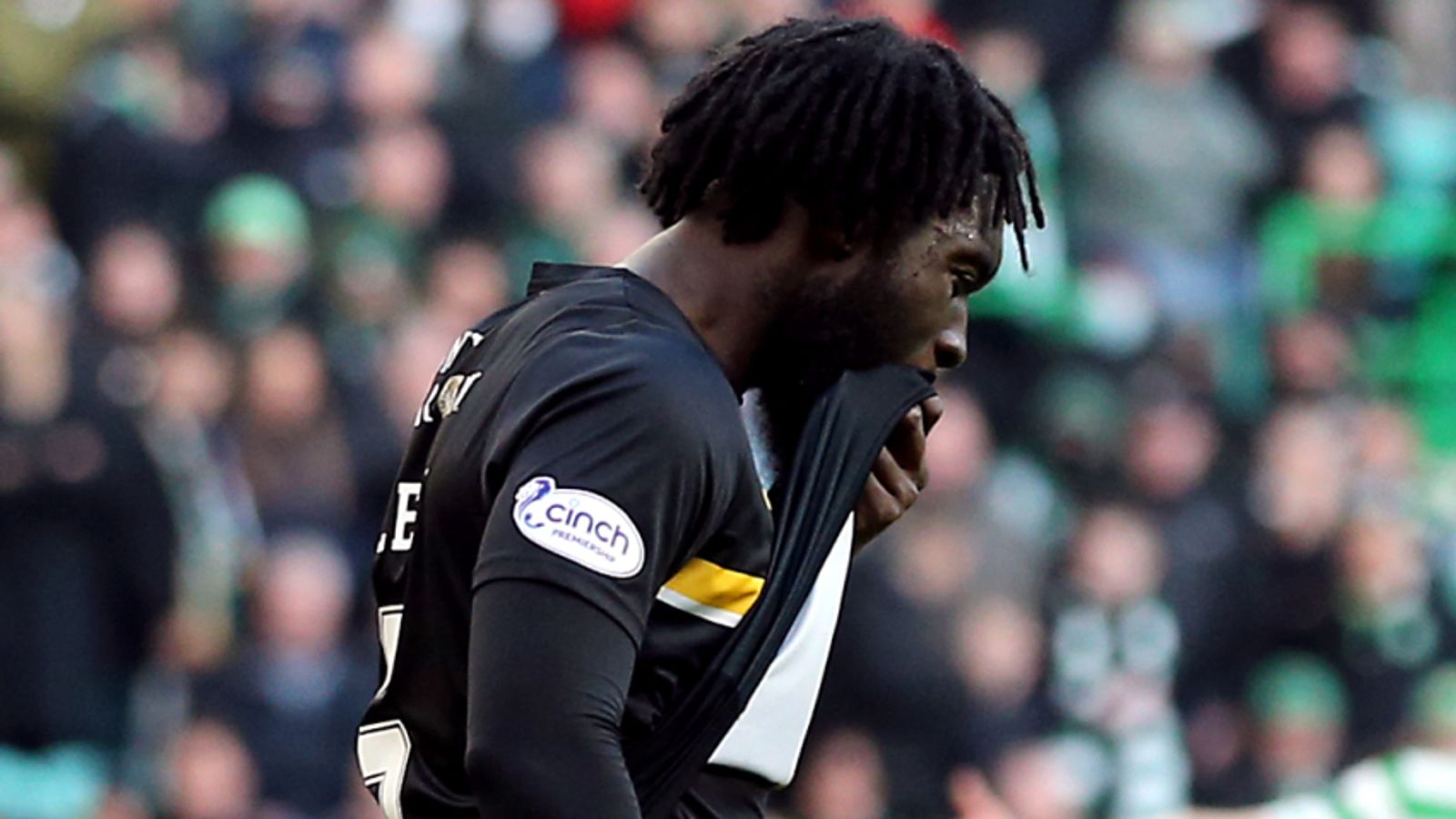