Van Hecke headed home midway through the second half to add to Ben Pearson’s first-half own goal and lift Tony Mowbray’s men up to fourth in the table.

The defeat stretches second-placed Bournemouth’s winless run to five games but the Cherries still remain in the automatic promotion places.

Their advantage over West Brom is now just three points, however, after Callum Robinson’s second-half strike gave Albion a deserved 1-0 win against Reading at The Hawthorns.

Leaders Fulham were held to a 1-1 draw at Luton. Aleksandar Mitrovic’s 22nd goal of the season opened the scoring for the Cottagers but Elijah Adebayo levelled things up just after the hour mark and the points were shared.

All the goals came in an action-packed second half as Philip Zinckernagel and Lewis Grabban put Forest into a two-goal lead before Joel Piroe gave Swansea hope.

But the outstanding Brennan Johnson profited from Ben Hamer’s goalkeeping howler and substitute Cafu struck deep in stoppage time to wrap up the points.

Luke Plange scored his first senior goal to give depleted Derby a 1-0 win over Blackpool at Pride Park, while Stoke and Middlesbrough contested a goalless stalemate.

Ryan Lowe’s first game in charge of Preston ended in a 2-1 victory as Daniel Johnson scored a late winner to sink struggling Barnsley.

It was also 2-1 at London Road where Peterborough came from behind to defeat Millwall, who had led through Tom Bradshaw’s 16th-minute strike. A Danny McNamara own goal and an effort from substitute Jonson Clarke-Harris turned the game on its head.

Matt Godden’s injury-time header rescued a point for Coventry as Huddersfield had to settle for a 1-1 draw, having taken an early lead courtesy of Danny Ward’s opening goal.

Matty James’ stoppage-time equaliser salvaged a point for Bristol City in a 2-2 draw at Hull, who had twice led in the match with goals from Ryan Longman and George Honeyman. Antoine Semenyo netted the Robins’ first equaliser before James struck late on.

It was also 2-2 at St Andrew’s where Cardiff came from two goals down to snatch a point against Birmingham. Troy Deeney and Ivan Sunjic scored first-half goals for the hosts but Kieffer Moore and Mark McGuinness, who headed home in injury time, replied for the Bluebirds.

A Freddie Ladapo brace helped Rotherham pull clear at the top of Sky Bet League One with a 3-1 win against Burton.

The striker scored 24 minutes into the first half, but Kane Hemmings pulled one back for the Brewers before half-time.

Ladapo responded, scoring two minutes into the second half, and a goal from Daniel Barlaser’s free-kick ensured the Millers have a two-point cushion in top spot.

Second-placed Wigan slipped off the pace after dropping points in a 1-1 draw with Ipswich, in which James Norwood cancelled out Callum Lang’s opener, while Wycombe slipped to fourth after relying on a stoppage-time Joe Jacobson penalty to salvage a 2-2 draw at home to AFC Wimbledon.

Rudoni scored again two minutes into stoppage time, but a foul from Paul Osew gave the Chairboys a lifeline for Jacobson to steal a point.

Sunderland moved above Wycombe to third after beating Plymouth Argyle 2-1 at the Stadium of Light.

The Black Cats took an early lead through Dan Neil and Nathan Broadhead doubled the advantage 10 minutes later with a neat backheel flick into the net.

Dan Scarr netted a consolation goal for the Pilgrims, who drop to sixth in the table.

Oxford United came back to beat MK Dons 2-1 after the hosts initially went 1-0 up through Hiram Boateng 11 minutes in.

Goals from Matt Taylor and Mark Sykes saw the U’s take the lead, but they were reduced to 10 men deep into stoppage time when Jordan Thorniley was dismissed after being shown a second yellow card.

Alfie May opened the scoring and Teddy Bishop struck twice for the Imps, scoring in the 69th minute and in stoppage time, but Blair’s late header shared the spoils.

Tommy Leigh scored the sole goal for Accrington to beat Bolton, while Doncaster moved off the bottom of the table after Joseph Olowu scored 10 minutes from time for Rovers to beat Shrewsbury 1-0

The result saw Crewe sink to the bottom of the league after being defeated 2-0 by Sheffield Wednesday.

Barry Bannan scored for Wednesday in the 27th minute, but the Owls captain conceded a penalty just before half-time for handling the ball in the box.

Bailey Peacock-Farrell was able to save Chris Porter’s spot-kick and Lee Gregory doubled Wednesday’s lead two minutes into the second half with a header.

Fleetwood made it back-to-back wins by beating Gillingham 2-1.

Harrison Biggins and Tom Clarke got the goals for the Cod Army and Robbie McKenzie scored a consolation for the Gills.

A 10-goal thriller entertained the fans in attendance at Boundary Park as Forest Green and Oldham scored five each and shared the spoils in the highest-scoring game in Sky Bet League Two this season.

Davis Keillor-Dunn rifled the hosts in front before Jack Aitchison levelled things up and Jamille Matt’s double in the first half gave the visitors a 3-1 lead heading into the break.

The goals continued to flow in the second period when Matt Stevens bagged but Oldham threatened to come back with two quick-fire goals from Hallam Hope and Keillor-Dunn again.

Stevens got his second of the game to stretch the visitors’ advantage to 5-3 but the Latics would not go away as Jack Stobbs and a Kane Wilson own goal made it 5-5 to give both sides a point each.

An Otis Khan double helped Walsall picked up their first victory in five games across all competitions with a 3-0 win over Colchester at the Banks’s Stadium.

Brendan Kiernan set the 26-year-old up for his first as he tapped beyond U’s keeper Jake Turner and Khan had his second with a ferocious volley from Stephen Ward’s delivery before Jack Earing wrapped up all three points with the
Saddlers’ third.

The 10 men of Bradford twice came from behind to take a point against Sutton at the Utilita Energy Stadium.

Skipper Niall Canavan was given his marching orders just after the half-hour mark when he brought down Omar Bugiel in the penalty area and Rob Milsom dispatched the resulting penalty.

The Bantams fought back through Theo Robinson but Alistair Smith regained the advantage for the visitors before Lee Angol rescued an unlikely point from a 2-2 draw 10 minutes from time.

Bristol Rovers scored two goals in the final six minutes to earn a 4-2 victory over Rochdale at the Memorial Stadium.

The Gas took a two-goal lead thanks to strikes form Anthony Evans and Aaron Collins but a quick-fire Jake Beesley double levelled things up before Rovers regained their advantage through Harry Anderson and Collins got his second to wrap up the points.

Exeter have now failed to win in their last four league games after suffering a 1-0 defeat at the hands of Tranmere at St James Park.

Nevitt fired an effort into the far corner early in the first half to get the goal but Callum McManaman’s dismissal in stoppage time took some of the shine away from the result for Micky Mellon’s men.

Defensive pair Fraser Horsfall and Jon Guthrie were on the scoresheet to help Northampton defeat Harrogate 2-1 at the EnviroVent Stadium.

Horsfall put the visitors in front before Jack Diamond evened things up but Guthrie got the winner early in the second half as the Cobblers made it four wins from four.

George Francomb and Kwesi Appiah scored either side of a Glenn Morris own goal to help Crawley beat Leyton Orient 2-1 for their first win in four games.

Mansfield came from a goal down to end Salford‘s six-game unbeaten run with a 2-1 win at the One Call Stadium.

The Stags fell behind when Matty Lund scored for Gary Bowyer’s men in the ninth minute but strikes from Rhys Oates and Stephen McLaughlin just before half-time gave Mansfield their fourth win from as many games.

Newport cut the gap to the promotion places to a solitary point as they came from behind to beat Port Vale 2-1 at Rodney Parade.

Ben Garrity edged the visitors in front but second-half efforts from Dom Telford and Finn Azaz completed the comeback for the Exiles and a Dan Jones red card rubbed salt in the wounds for Vale.

Jon Mellish and Jordan Gibson helped Carlisle climb above Stevenage with a 2-0 win at the Lamex Stadium.

The deadlock could not be broken at the Suit Direct Stadium as Hartlepool and Scunthorpe played out a goalless draw. 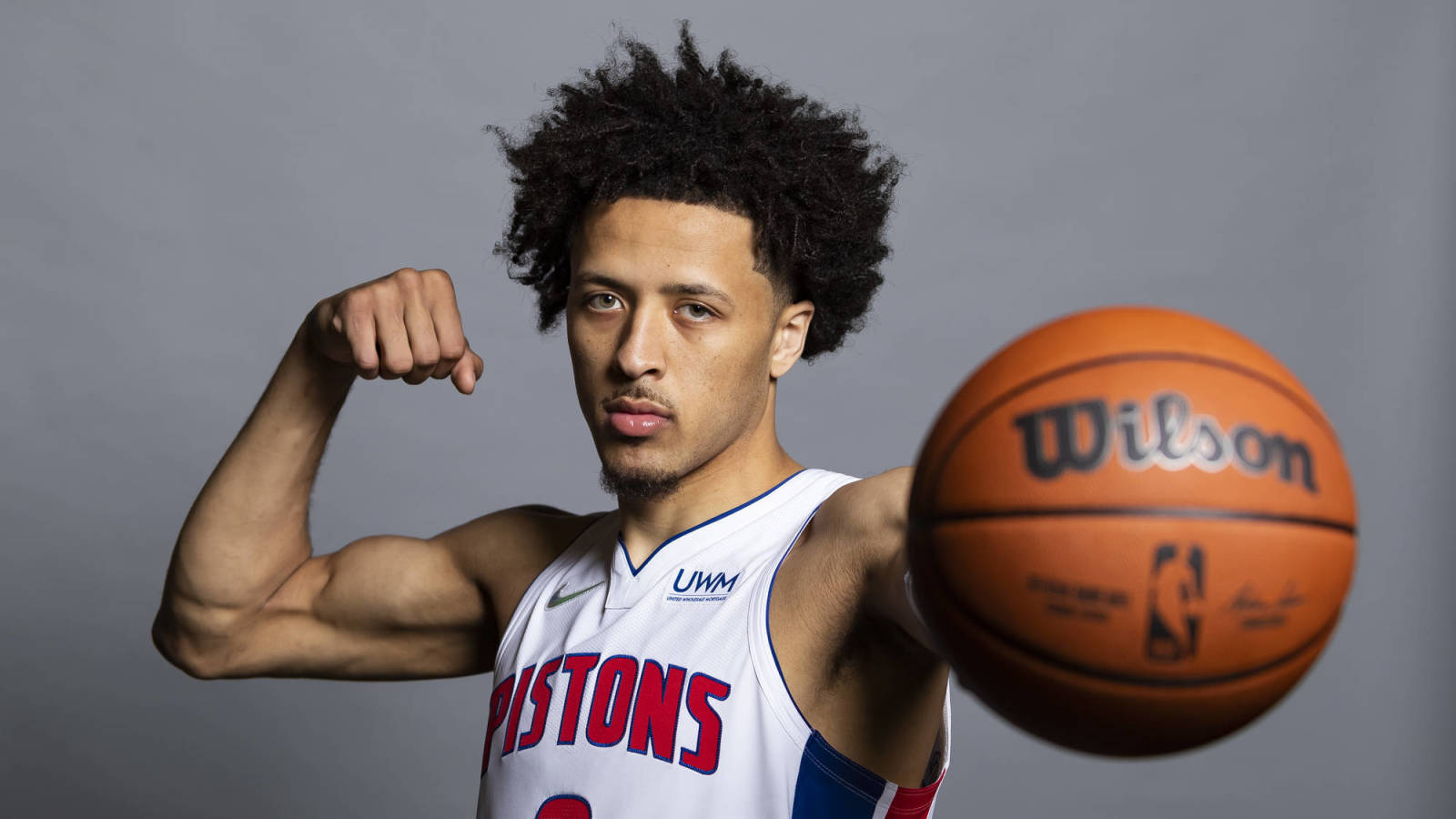 Premier League predictions: Jones Knows says Manchester City will have too much quality for Manchester United