As drought once again threatened California and the western U.S. this summer, the search for water led illegal marijuana growers to tap into fire hydrants, environmental officials to sacrifice chinook salmon nurseries for crop irrigation and farmers to join forces with anti-government militants to protest a shut-off irrigation canal along the California-Oregon
border.

Such tactics could become the norm as the Golden State’s water supply dwindles due to climate change. A 2021 state report predicts a nearly 15 percent decrease in water supply if the temperature rises 2 degrees Celsius, or 3.6 degrees Fahrenheit. Now California almond farmers and electric utilities, both of which use massive amounts of water, can bet against the future availability of water.

And just last year, the Chicago Mercantile Exchange started the first-ever futures market for water, meaning farmers, as well as investors, municipalities and hedge funds, can buy a legal agreement known as a “futures contract” that locks in a predetermined price for water that will be used in the future. If an event like drought drives up the price, the contract seller must make up the difference (and vice versa) if it drops. This kind of speculative trading has long been done for commodities, such as gold or oil, but not for a life-sustaining resource such as water.

Its advocates claim that futures water trading could better align water supply and demand in the face of growing scarcity. For instance, University of California, Berkeley’s Ellen Bruno and North Carolina State’s Heidi Schweizer, both agricultural economists, say trading water futures is simply about the price of water. Investors do not acquire water rights from municipalities or indigenous groups.

But others say creating a water futures market won’t solve the bigger problem of
what’s causing the dearth of water availability in the first place. “Water scarcity is not primarily driven by individual farmers making bad choices about using water. That’s a minor factor,” says Basav Sen, climate justice project director at the Institute for Policy Studies. Rather, he says, it’s the burning of fossil fuels, which drives climate change, and the agribusiness empire — which can harm water quality through chemical and animal waste runoff — that must be changed to ensure there’s enough clean water for everyone.

What makes things even worse, says Sen, is that some of the people who profit from water scarcity are also profiting off of what’s driving that scarcity to begin with.
“Wall Street and its big financial institutions make loans to fossil fuel companies, or perform bond issuance to them or provide insurance underwriting,” he says. “They’ve profited off of the climate crisis and now [with a water futures market] they’ll get a chance to profit off the solution, which, honestly, feels like a scam.”

Bruno and Schweizer point to a 2019 Journal of Commodity Market’s study, which found that futures markets do not artificially affect the price of commodities or their supply; rather, such trading reflects the normal forces of supply and demand.

The two also say there’s reason to think this idea won’t work. For one thing, farmers are pretty risk adverse when it comes to financial outlays, says Mike Wade, executive director of the California Farm Water Association. “The farmers I know don’t want to risk capital buying water contracts. They’d be more interested in putting effort to into actually buying water in the present.” For another, water’s dependency on weather makes it hard to predict a future price. Lastly, investors who are not farmers might be skeptical of the data, which in this case is coming from financial firms rather than the more familiar USDA.

So far, trading has been low. During a two-week period in July, the highest volume
of open contracts for water traded on a single day was just 15 compared to 3,600 for cheese. So, investors, it appears, aren’t thirsting for water futures just yet. 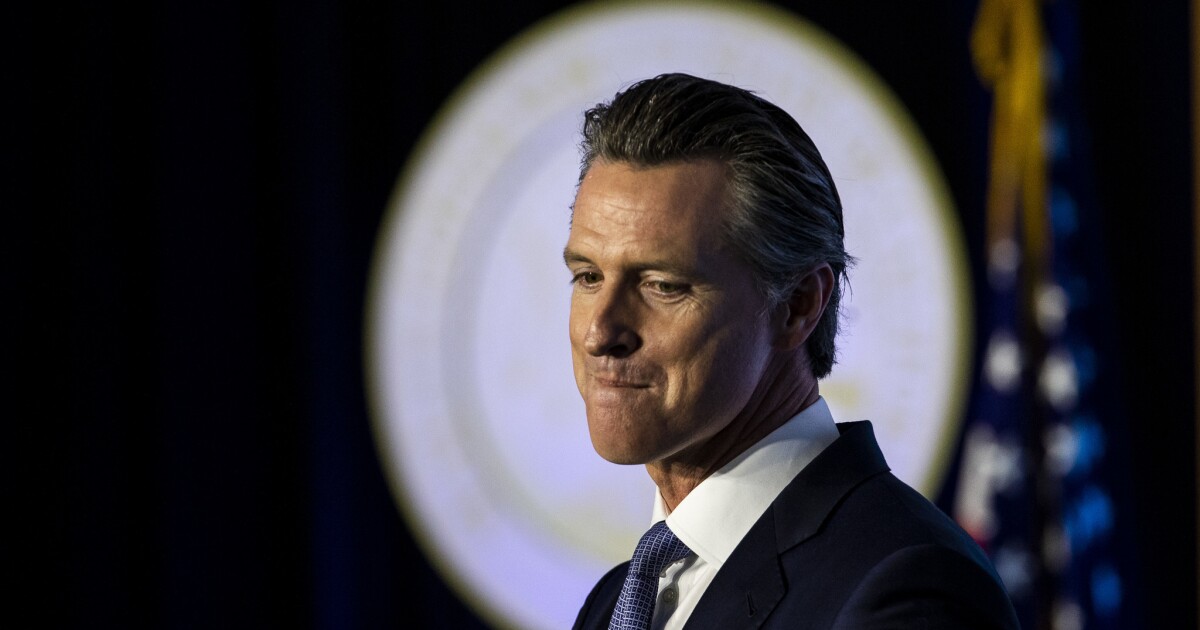 Newsom apologizes for French Laundry dinner, says he will practice what he preaches on COVID-19