In Loudoun County, Virginia, school administrators are trying to get things right.

To that end, on Friday, the superintendent appeared to suggest the First Amendment prohibits him from reigning in teachers over a private list.

As reported by The Daily Wire, faculty were allegedly involved in a “secret enemies list targeting parents who are concerned that the schools’ ‘equity’ policies amount to political indoctrination.”

The Wire’s March 16th exposé was quite the call-out:

A group of current and former teachers and others in Loudoun County, Virginia, compiled a lengthy list of parents suspected of disagreeing with school system actions, including its teaching of controversial racial concepts — with a stated purpose in part to “infiltrate,” use “hackers” to silence parents’ communications, and “expose these people publicly.”

Members of a 624-member private Facebook group called “Anti-Racist Parents of Loudoun County” named parents and plotted fundraising and other offline work. Some used pseudonyms, but The Daily Wire has identified them as a who’s who of the affluent jurisdiction outside D.C., including school staff and elected officials.

Such a hubbub prompted the sheriff office’s criminal investigations division to take a look.

At the time, the county prosecutor appeared to be a member of the Facebook bunch.

The outlet stated, “Secret communications reviewed by The Daily Wire do not offer any evidence of racism by the group’s targets. Their opponents were apparently those who objected to, sought to debate, or were even simply ‘neutral’ about ‘critical race theory,’ a radical philosophy opposed by many liberals and conservatives but increasingly embraced by governments.”

Loudoun’s school system is certainly no stranger to progress. In February, it refused to associate March 2nd — Read Across America Day — with Dr. Seuss (a traditional tie-in, as it’s the author’s birthday).”

Per an announcement, the move was born of racial consciousness:

Realizing that many schools continue to celebrate “Read Across America Day” in partial recognition of [Dr. Seuss’s] birthday, it is important for us to be cognizant of research that may challenge our practice in this regard. As we become more culturally responsive and racially conscious, all building leaders should know that in recent years there has been research revealing radical undertones in the books written and the illustrations drawn by Dr. Seuss.

And over the past two years, Loudoun’s spent up to $422,500 in public funds for what The Washington Free Beacon called “equity training inspired by critical race theory, which claims racism is inherent in every aspect of America.”

As recently noted by RedState’s Mike Miller, not everyone’s a fan:

Here’s what EVERY parent should know about this toxic, racist ideology: https://t.co/PP93a5BrKw pic.twitter.com/8wUY0BbLtH

critical race theory workshop summed up in one pic: pic.twitter.com/vK9m8Lhxr1

“It has come to my attention,” he said, “that individuals, including some identifying themselves as LCPS employees, have made statements across social media about parents and their thoughts about the school division’s equity work.”

Scott straightened the whole thing out:

In explaining LCPS’ equity priorities, it might be helpful to state what they are not. They are not an effort to indoctrinate students and staff into a particular philosophy or theory. What they are is an effort to provide a welcoming, inclusive, affirming environment for all students.

The district’s making sure its teachers are top-notch:

He clarified that “LCPS has not adopted Critical Race Theory as a framework for staff to adhere to…but does have a Culturally Responsive Framework,” and that schools “incorporate these best practices to meet the needs of their school community.”

The purpose of a Culturally Responsive Framework is to create and guide support of student-centered learning environments with a critical focus on culturally and linguistically diverse students that have been marginalized by inequitable systems. “LCPS calls for all students, staff, families, and other members of our community to engage in the disruption and dismantling of white supremacy, systemic racism, and hateful language and actions based on race, religion, country of origin, gender identity, sexual orientation, and/or ability.”

As for an enemies list, the teachers can discuss things as they please:

LCPS recognizes the right of its employees to free speech, but does not condone anyone targeting members of the community for their viewpoint.

As I said, Loudoun’s trying to make things right. Earlier this month, a school board Equity Committee member proposed a student ban on clothing with a Donald Trump theme:

“I think, I’m wondering about the Trump 2020 flag, and how it started off as a, you know, wanting people to vote for Trump, and then I would say after the insurrection that it has became [sic] a symbol of hate. So I’m just wondering about how we can not necessarily make this about principles, individually trying to determine, but make the, ah, system-wide ruling and write that into the policy.”

Hopefully, they’ll get it all figured out — via the aforementioned “best practices.”

See more pieces from me:

One for the Kiddos: Dr. Anthony Fauci Gets His Own Children’s Book

Find all my RedState work here.

Thank you for reading! Please sound off in the Comments section below. 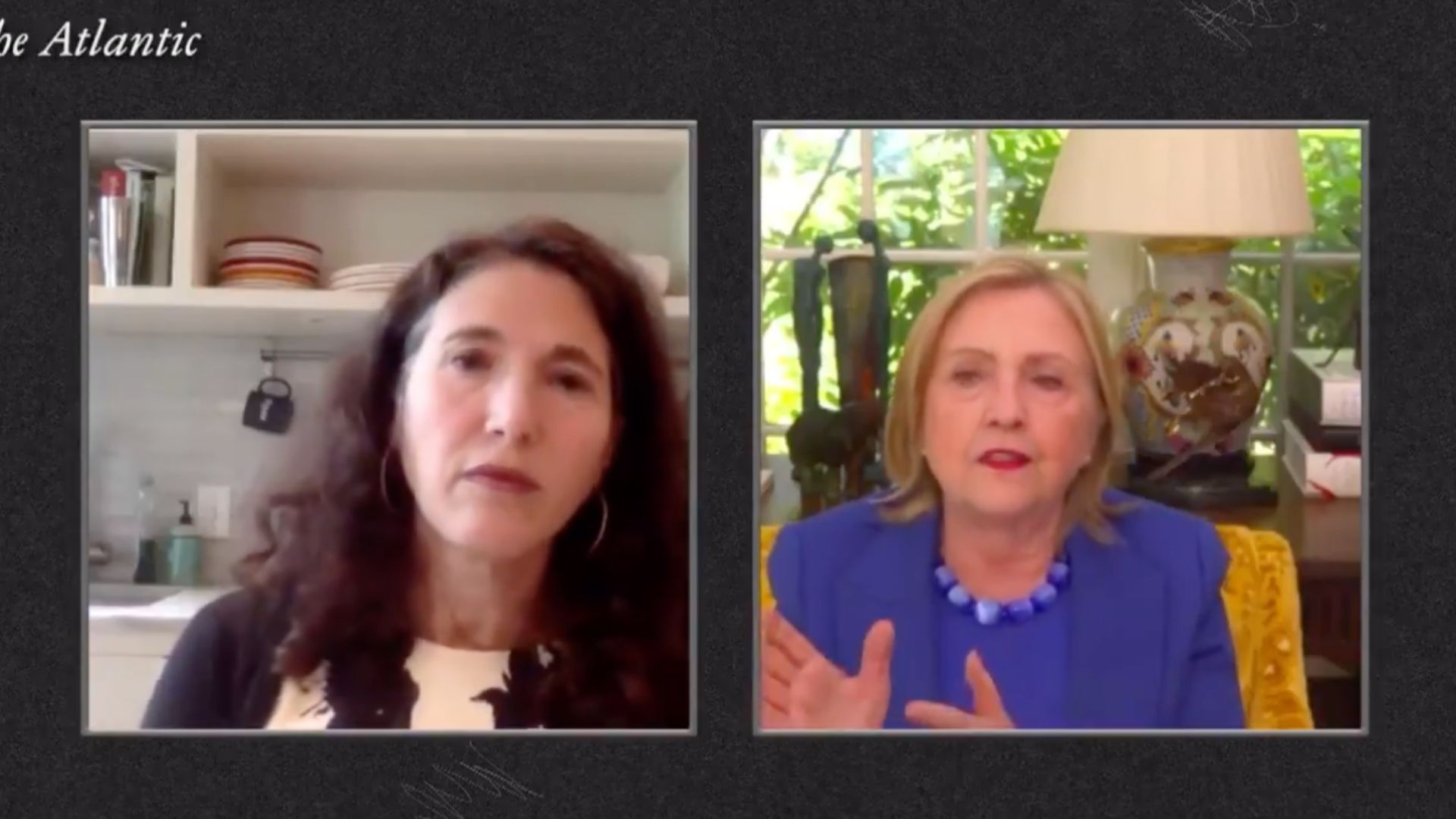 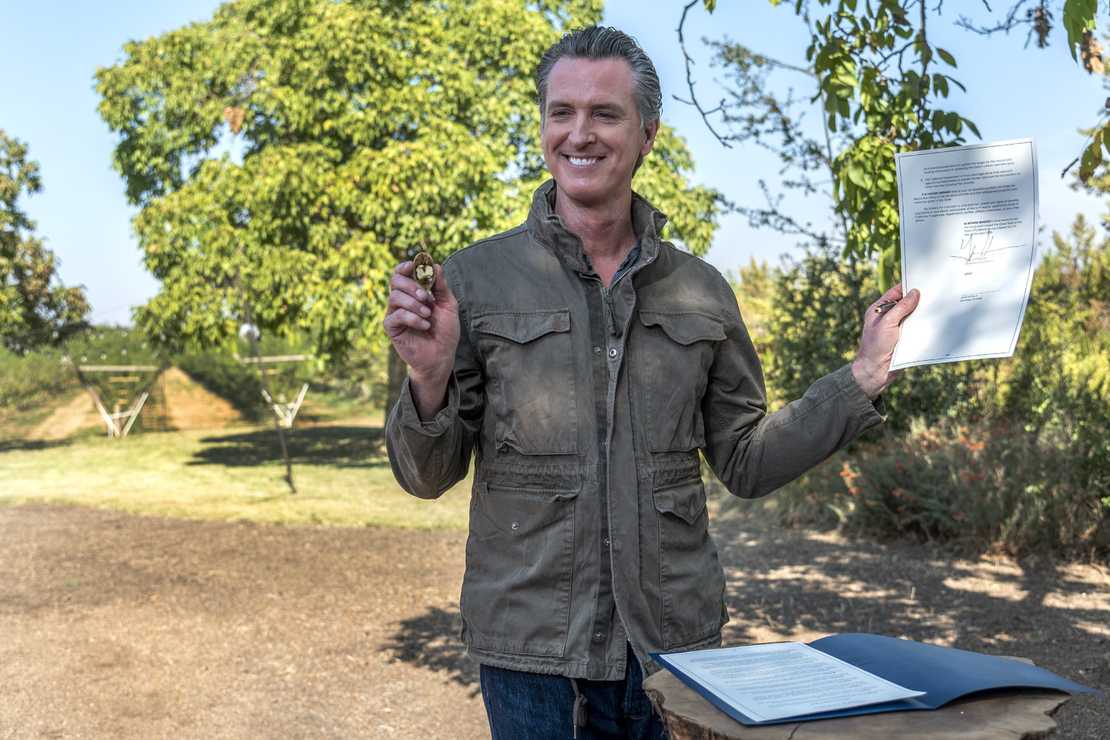 THIS IS WHY WE RECALL: In Gavin Newsom’s California Rural Communities Get the Shaft

Jen Psaki Has Been Cheating, but She Still Manages to Be Terrible at Her Job