As first reported by Bloomberg White House reporter Jennifer Jacobs, the Biden administration has ordered an immediate halt to funding projects that feature a coal-burning power plant. In a message sent out to embassies and State Department facilities around the world last week, Biden made it clear that a major policy shift is underway.

This is the first time that State Department analysts have had to consider climate change and carbon emissions in determining which projects to support. Even though backing for such plants runs into the billions each year, until now the selection of projects has not considered the impact of carbon-intensive energy. U.S. industry wouldn’t build new coal power here, but the U.S. government has supported its use, particularly in Africa and Asia, to bring power to areas without existing infrastructure.

As Boston University’s Global Development Policy Center notes, China is the largest public supporter of building new coal facilities around the world, but that doesn’t mean China is the biggest problem. Or even that China cutting its support for new coal plants—which it did earlier this year—will have a major impact.

China is often credited with as much as 70% of new coal-related spending, but that number drastically overestimates its role. China was responsible for funding just 13% of new coal power since 2013.

Of the total investment in new coal infrastructure, 87% doesn’t come from China. It comes from a mixture of public and private sources spread across dozens of nations. The biggest source is actually cited as “Japanese and Western institutional investors.” And up until this week, the U.S. government was frequently willing to help support these projects, in the interest of both providing power to new areas and scoring diplomatic points. In some regions, the perception was that the U.S. needed to support building new plants first, or China would fill in the gap. In addition, U.S. funding meant that everything from steel to steam turbines was more likely to come from U.S. sources.

The new policy won’t just affect coal power plants. It will also hit other infrastructure such as terminal facilities. While the U.S. coal market peaked in 2008 and domestic use has steadily declined since then, exports of U.S. coal are near the same point they were at the peak. Exports of coal have increased since the last quarter of 2020, spurred on by rising prices (which were, in turn, China’s decision to buy additional outside coal). Most coal for export comes from the Midwest or Appalachia, as coal from the Powder River Basin (the source of the majority of coal burned in the U.S.) has a lower energy content than many plants can tolerate.

Most U.S. coal exports end up going to India, Brazil, South Korea, and Japan. Both there and in several other nations that receive small amounts of U.S. coal, projects for import terminals that can handle coal could be curtailed by the new policy. What happens with projects already in development isn’t clearly understood at this point.

And the new policy isn’t apparently limited to coal. Bloomberg notes it can be expected to effect a number of projects overseas where the U.S. was hoping to create terminal facilities capable of handling liquified natural gas. Under President Barack Obama, the U.S. supported the use of fracking in other countries in order to help U.S. companies selling drilling technology. Those efforts would also be ended by this policy.

Overall, this change in policy brings how the U.S. handles overseas projects not just more in line with climate change goals, but with where the energy market has already gone in the U.S.

Jan. 6 insurrectionist wants ankle bracelet removed because it embarrasses him in front of clients 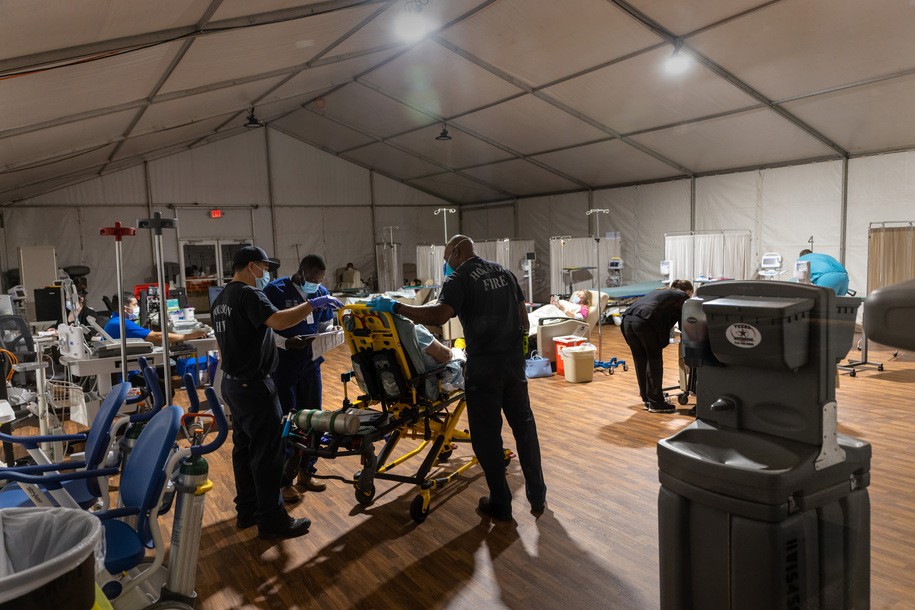