The two declared candidates sit on opposite sides of that divide, and they each have a like-minded former mayor in their corner. Peralez has the backing of Ron Gonzales, a longtime union ally who left office in early 2007; Gonzales is the first Latino to lead San Jose, while Peralez would be the second.

Davis, meanwhile, unveiled an endorsement this week from Chuck Reed, Gonzales’ immediate successor and a man that longtime political observer Terry Christensen last year called “the most conservative mayor we’ve had probably in half a century.” Davis would be the first woman to serve as mayor in nearly a quarter of a century.

The field is far from set, though. Councilmember Matt Mahan, who was elected as a business ally last year, has not ruled anything out, and San Jose Spotlight’s Lloyd Alaban writes that he’s “expected to join the mayor’s race.”

Santa Clara County Supervisor Cindy Chavez, who previously led the local AFL-CIO, recently set up a campaign committee, and while she has not yet announced a campaign, she debated Peralez at a mayoral forum on Monday. Chavez, who would be San Jose’s first Latina leader, ran here in 2006 when she was vice mayor but was held back by a number of scandals in local government and lost to Reed 59-41. She bounced back, though, in 2013 by winning a special election for the five-member Board of Supervisors. There’s also still time for other local politicos to get in.

It will also be a while before declared and potential candidates learn just how powerful the job they’re eyeing will be, or when they’d next need to go before the voters. As Mauricio La Plante explained last year at Spotlight, the mayor has only a little more power than each of the 10 other members of the City Council under the current city charter. Many of the city government’s most important duties instead rest with the city manager, who is hired and fired by the City Council. However, the city’s new 23-member Charter Review Commission is currently contemplating proposals that would greatly strengthen the mayor’s power.

The Commission also voted last month for a recommendation to align future mayoral races with the presidential calendar starting in 2024: Under this plan, the person elected in 2022 would only serve a two-year term, but they’d be eligible for a pair of four-year terms going forward. The body is also mulling adopting a new electoral system going forward such as instant-runoff voting.

● IN Redistricting: Indiana’s state House has passed new Republican-drawn maps for both Congress and the legislature in a mostly party-line vote, with three Republicans joining all Democrats to oppose them. The package will now head to the state Senate, where a committee is expected to take it up on Monday, with a final vote before the full chamber planned for Friday.

The congressional map would make the suburban Indianapolis 5th District, historically conservative turf that became competitive during the Trump era, dramatically redder and more rural: The current district, represented by GOP Rep. Victoria Spartz, voted for Donald Trump by a narrow 50-48 margin last year, but one preliminary analysis suggests the new version would have instead gone for Trump 57-41—the same as his statewide margin in 2020. Overall, the map would almost certainly elect seven Republicans and just two Democrats, giving the GOP 78% of the state’s congressional delegation.

The new legislative districts would likewise lock in huge GOP advantages: Redistricting expert Christopher Warshaw, a professor at George Washington University, called the state House map “one of the most extreme gerrymanders in history.” According to an analysis from PlanScore, a map evaluation site run by the nonpartisan Campaign Legal Center, Republicans would be likely to win 78% of all seats in the Senate and 69% in the House.

● ND Redistricting: North Dakota’s Republican-run legislature has released a large batch of legislative redistricting proposals. The state uses the same map for both its upper and lower chambers, with each district electing one senator and two representatives. Lawmakers are not expected to take up the matter until a special session that begins on Nov. 8. North Dakota is only entitled to one seat in Congress, so federal redistricting is not at issue.

● AL-Sen: The Republican firm Public Opinion Strategies has released a GOP primary survey that gives Rep. Mo Brooks a wide 41-11 lead over Katie Boyd Britt, the former head of the Business Council of Alabama; 2020 House candidate Jessica Taylor lags behind with 7%, while former Ambassador to Slovenia Lynda Blanchard takes 3%. The Washington Examiner writes that the survey was “conducted mainly to research attitudes toward energy policy among the state’s voters.”

● ME-Gov: Sen. Susan Collins endorsed Paul LePage on Wednesday in a move that all but confirms that the former governor will not receive any serious Republican primary in his quest to take on Democratic incumbent Janet Mills. The far-right LePage was once a fierce Collins critic who incorrectly predicted her 2016 refusal to back Donald Trump meant she was “done in Maine,” but he supported her re-election campaign last year.

● Governors: Former Republican Sen. Dean Heller announced earlier this week that he would seek to avenge his 2018 ouster by running for governor of Nevada, and a victory would admit him to a very small club of American politicians. In a new study, the University of Minnesota’s Eric Ostermeier finds that since 1900, just seven defeated senators have later gone on to be elected to lead their state.

One member of this septet, Republican Mike DeWine, currently serves as governor of Ohio, though he held the state attorney general’s office between his 2006 Senate ejection and 2018 gubernatorial win. DeWine’s former Republican colleague and fellow 2006 loser, Rhode Island’s Lincoln Chafee, won his only term as chief executive in 2010 as an independent, which makes him the only other fired senator to become governor in the 21st century. The last person to pull this off in the 20th century was another New England Republican-turned-independent, Connecticut’s Lowell Weicker in 1990.

P.S. In a separate study, Ostermeier notes that Heller would be the first sitting or former Nevada senator to ever appear on the ballot for governor in either a primary or general election.

● Atlanta, GA Mayor: City Council President Felicia Moore is up with her first TV spot ahead of the November nonpartisan primary for mayor; her campaign told the Atlanta Journal-Constitution the ad was part of a six-figure buy, though they didn’t reveal more. Two of Moore’s rivals, former Mayor Kasim Reed and attorney Sharon Gay, began running commercials a few weeks ago, while City Councilman Andre Dickens went on the air last week.

Moore tells the audience how her “commitment to service” began with her family and later at her historically Black college. She continues by describing how she used her time on the City Council to pass laws helping seniors and institute ethics reforms, concluding, “As our next mayor, I will make sure the city is working for you, not me.”

Bibb, meanwhile, earned endorsements this week from both the city’s SEIU chapters, Local 1 and District 1199. District 1199, which represents healthcare and social service workers, had supported state Sen. Sandra Williams in the nonpartisan primary. Cleveland Scene, though, notes that the union had come into conflict with Kelley many times, especially over his opposition to raising the minimum wage to $15 an hour, so it’s hardly a surprise it’s pulling for Bibb now.

The general election between Bibb and Kelley will be a contest between two candidates with very different backgrounds. Bibb, who is 34, is a first-time candidate who would be Cleveland’s youngest mayor since Michael White was elected in 1989, something White himself highlighted when he endorsed Bibb. Kelley, by contrast, is a political veteran who has the support of retiring Mayor Frank Jackson. Kelley would also be the first white mayor of Cleveland, where nearly a majority of residents are Black, since Jane Campbell left office following her 2005 loss against Jackson.

● Germany: After 16 years in charge, Chancellor Angela Merkel is finally stepping down and leaving the German people to elect a new leader when they head to the polls on Sunday. Daily Kos contributing editor David Beard previews this momentous election.

Since Merkel first announced her departure in 2018, the country has seen multiple parties rise and fall in the polls. First the Greens soared in 2019, followed by Merkel’s center-right Christian Democratic Union surging to a wide lead in the wake of the pandemic. But it’s the recent rise of the center-left Social Democratic Party that has made the SPD the favorite to come in first.

With six parties competing under proportional representation, though, no one will win outright, meaning a coalition government is in store. Just what form that coalition takes, of course, depends on how the results shake out. Barring a polling miss, the SPD and the Greens, their frequent partners, should find themselves poised to take the lead in assembling a new government, but they could get pulled in different directions by whichever third party they choose to rely on for a majority. Beard walks us through what the polls portend for all of the major competitors and games out what possible post-election alliances might look like. Check back in next week for a complete recap. 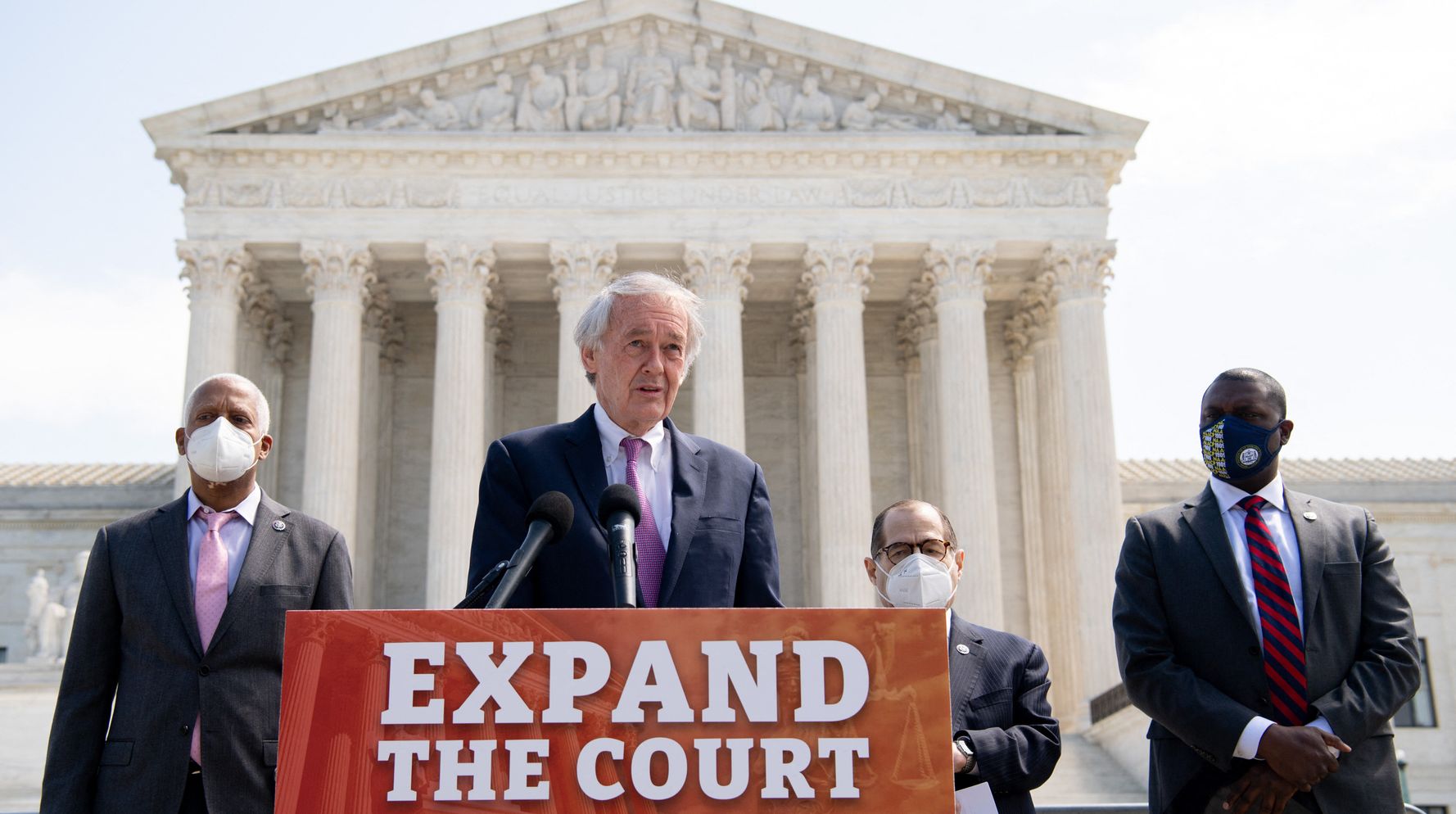 Who Lost Georgia and Ushered in Democrat Dominance in Washington?

Don’t look now, but McConnell is on the skids 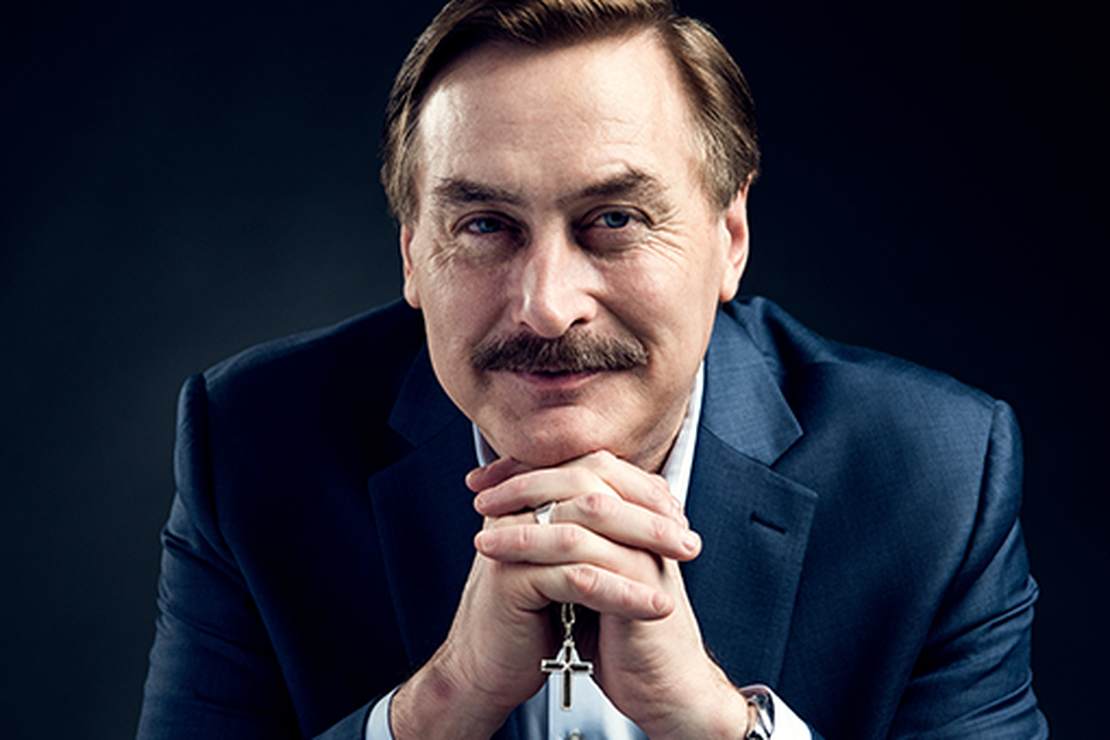