The following is taken directly from a text ad recently released by the National Republican Congressional Committee (NRCC):

You’re a traitor… You abandoned Trump. We were told you were a tried & true, lifelong patriot. But when Trump said he’d run for President if we took back the House from Nancy Pelosi  … You did nothing. Was Trump wrong about you? This is your final chance to prove your loyalty or be branded a deserter. We’re giving you one final chance to stand with Trump. You only have 17 minutes.”

The ad itself appears below:

From an outsider’s perspective, it’s difficult to fathom why anyone receiving this text would feel anything but annoyance and disgust. It’s next to impossible to conceive of any Democratic fundraising entity, for example, employing this blatant of an approach. To understand why the NRCC feels this tactic might be successful, some insight into the nature of what the Republican Party has now become is necessary. In the context of this particular ad, there is actually more going on than meets the eye.

First, the recipient is provided with a fait accompli: “You’re a traitor.” Not, “You will be a traitor (if you fail to do this),” nor even an exhortation to “not” be a traitor. The bare fact is that the recipient’s betrayal is a given, something already accomplished, because he or she “abandoned Trump.” Note that the betrayal here is not towards the Republican Party, certainly not the NRCC, but to the individual persona of Donald Trump. Does anyone want to be a traitor? Of course not: The intent here is to immediately put the reader on the defensive.

Next, the recipient is informed of the reasons for and depth of their betrayal. They’re told that by breaking faith with Trump, they have let others down, specifically those who wrongly mistook them as a “tried & true, lifelong patriot.” This belief in their patriotism was also shared by Trump; the reader has grievously broken that faith by doing “nothing,” which actually means not contributing to the NRCC.

Lastly, a “final” warning is presented—an opportunity to make amends—and the reader is informed that failure to do will result in their being branded as a “deserter,” forever ostracized and vilified by the Republican Party, and, implicitly, of course, by Donald Trump.

Of course, this is cult mentality at its finest. Two near-universal hallmarks of cults are the elevation of an authority figure to near-deity status, and the threat of “shunning” and ostracism for those who try to leave. Claims of “special” knowledge that only cult members possess—such as Trump’s promotion of the Big Lie—and an overriding “us versus them” mentality are also common characteristics of such groups. Nor should we ignore the distinct possibility that, as disciples of authoritarianism, many Republicans actually crave being addressed and debased by such terminology; it’s worth noting that when asked his opinion about these texts, Illinois Republican Rep. Adam Kinzinger acknowledged their effectiveness.

The fact that this text boils down to a mere solicitation for money shouldn’t obscure the more profound and troubling fact that one of this country’s two major political parties has become so beholden to a single personality that all significant decisions it now makes, including how to raise funds, are inextricably tied to that person’s fortunes.

The fact that this individual has a proven, lethal track record of treachery, deceit, and complete indifference to basic principles of good faith—let alone the welfare of the country and all norms of human decency—makes that solicitation all the more remarkable. There has never been a state of affairs quite like this in our country’s history; the closest analogue was McCarthyism nearly 70 years ago, but even Joe McCarthy’s sordid, demagogic personality didn’t permeate the Republican Party the way Trump has.

Yet when McCarthy finally fell from grace, his name became a curse practically overnight. All of his power to control, intimidate, and bully others simply vanished into thin air. Republicans so eager to emulate Donald Trump, now clinging so desperately to his coattails out of cowardice and opportunism, would probably do well to remember that.

Attacks on freedom of expression ‘devastating’ for public health 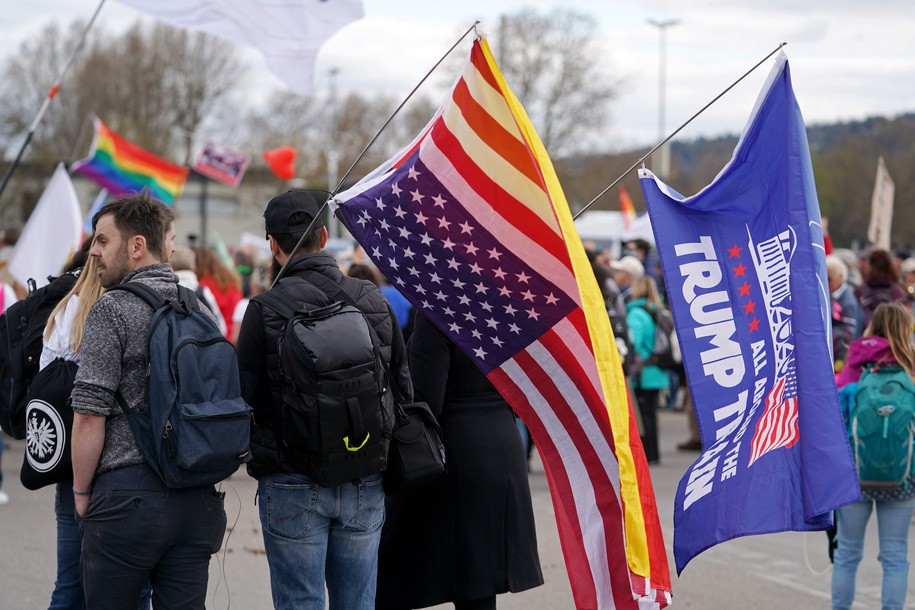