In a report released in September, the United Nations warned that the world is on a trajectory to reach an increase of 2.7 degrees Celsius—or 4.9 degrees Fahrenheit—in warming above the pre-industrial average over the course of the 21st century. Well past the two-degree increase that scientists say would be disastrous, much less holding the increase to the so-called “aspirational” 1.5 degrees above which the most vulnerable nations will suffer profound, even apocalyptic impacts.

As Harry Stevens and Brady Dennis report, nations collectively aren’t living up to the non-binding pledges they made under the Paris agreement to cut greenhouse gas emissions. Rich countries also aren’t providing the $100 billion they pledged to help developing nations cope with climate change. Even if all the pledges were being met, they wouldn’t be adequate to the task, according to the report.

There’s some good news on this front from Glasgow: 100 nations signed the Global Methane Pledge to cut emissions of this potent greenhouse gas by 30% over the next eight years. But pledges are words, and there’s no guarantee that this one will fare any better than those that aren’t already being fulfilled. For one thing, some of the worst offenders—Russia, for instance—aren’t on board. And in the United States, the attempt to impose a new methane emissions rule may collide with a Supreme Court majority far more likely to stomp on it than the majority that ruled 5-4 in 2007 that the Environmental Protection Agency can regulate greenhouse gases—and is required to do so.

The world has had many summits to discuss what should be done to prevent, mitigate, and adapt to the impacts of the climate crisis and initiate programs to accomplish those goals. However, we have collectively ignored what scientists as early as 1988 warned us we must do. Their message then and subsequently was that delaying immediate action on climate would require that any future actions with the potential to be effective would have to be ever more draconian.  As Adam Levy points out so well below, we have missed so many opportunities and now we’re on that predicted precipice where only draconian action can succeed, but that feckless politicians call outrageous and unacceptable. Republicans, for instance, have just issued their own climate plan, which calls for—you guessed it—more burning of fossil fuels.

Although it’s true that some predicted impacts of the climate crisis are already “baked into” our future for centuries no matter what we do, there is still time to make moves that will avoid some of the worst impacts of the changes that our behavior has wrought. Not much time, however. And whatever the outcome of COP26, those moves will only be launched if the grassroots activism on climate becomes even more intense, persuasive, and forceful.

Voters elected environmental champions up and down the ballot

The League of Conservation Voters’ analysis of the Nov. 2 elections found significant good news to trumpet:

On Tuesday, while the losses in Virginia were disappointing, we saw environmental champions win in key races across the country. While LCV affiliate endorsed candidates did not win every race, young, Black, Brown, Latinx, Indigenous, Asian, and Arab American candidates put climate action and environmental justice front and center in their elections and won up and down the ticket.

Much of our progress on climate and clean energy has come from state and local leaders who have tackled the climate crisis head-on. As a result of their leadership, 1 in 3 people in this country now live in a place committed to 100% clean energy. These races are also vital to meet our national climate goals and will be important to implement federal climate action through the Build Back Better Act.

Just as 71% of greenhouse gas pollution since 1988 has come from only 100 companies, just 10 publishers are responsible for 69% of the digital pollution of climate science denial on Facebook, according to a study conducted by the Center for Countering Digital Hate. The outlets—the report calls them the “Toxic Ten”—include several conservative U.S. websites, as well as Russian state media. The list:

At just 34 years old, writes Tik Root, Dana Tizya-Tramm has become the youngest leader of the Vuntut Gwitchin, a First Nation of the Yukon that mostly lives above the Arctic Circle. Tizya-Tramm has aggressively taken on what he views as his people’s most important challenge: the climate crisis.

The shifting Arctic is squeezing the Vuntut Gwitchin on multiple fronts. Tizya-Tramm says less predictable caribou migration patterns have meant some villages can go years without a successful hunt, and the spawn of certain salmon species has dropped so low that fishing has been severely restricted in recent years.

“Nature speaks to us,” he said. “Just not in English.” With Tizya-Tramm at the helm, the community is listening. In 2019, the Vuntut Gwitchin became among the first Indigenous peoples in Canada to declare a climate emergency — a move that catapulted them into the international limelight. That same year they set a target of reaching net zero greenhouse gas emissions by 2030, and as they strive toward the goal, the First Nation has been working to build among the largest solar projects in the Arctic.

Tizya-Tramm hopes the Vuntut Gwitchin model will be followed by others. “We’re dropping a stone in the water and it’s creating a ripple effect,” he said.

In an executive order earlier this year, President Biden mandated the creation of a climate and economic justice screening tool to identify communities in need as part of the Justice40 initiative, a plan to ensure 40% of climate-related investments benefit historically neglected communities. July was the missed deadline for finalizing the tool. Consequently, several of the White House’s environmental justice advisers are expressing frustration because this delay could mean federal money from the bipartisan infrastructure and Build Back Better bills—if they pass—won’t go to the communities that need it most. Aides in the Office of Management and Budget’s U.S. Digital Service, charged with developing the software, have not reported on their progress.

The Environmental Protection Agency and the Department of Energy have already funded a few pilot programs to show how Justice40 could work but without the new mapping tool. Several of the 26 members on the White House Environmental Justice Advisory Council indicated concerns to GreenWire over the delay and what they call a lack of transparency that they believe could lead to misuse of government dollars. “For those of us on the [council], we don’t know if there was a process that determined which pilots would get rolled out and what input was made available,” said Robert Bullard, a member of the council who is widely known as the “father of environmental justice.” He added, “It’s hard for us to understand the criteria used by these agencies in how they selected pilots. And our question is how are the pilots selected and what kind of external input [did the agencies get].”

Port Arthur sits on the Lone Star State side of the Texas-Louisiana border, a processing center and overseas shipping point for energy and mining firms that includes numerous terminals for several of the nation’s major oil and gas pipelines. Since 1936, Oxbow Calcining, a plant owned by the notorious billionaire climate disinformation funder William Koch, has processed oil and gas into petroleum coke, a product used in manufacturing steel and aluminum. From 2016 to 2019, Sharon Kelly writes, Oxbow pumped into the air 22 million pounds of sulfur dioxide, a cause of lung disease. People of color make up most of the population of 2,600 who live within three miles of the plant.

Sulfur dioxide is produced when you burn hydrogen sulfide. Colin Cox, an attorney with the Environmental Integrity Project, said the smell of hydrogen sulfide is often compared to rotten eggs, but sulfur dioxide is “a little different. Most people describe it to me as burning garbage.” He added, “[T]he people in that community have been surrounded by refineries and industry for their entire lives, breathing that stuff and smelling that stuff.”

Regulators have forced other plants that release large amounts of sulfur dioxide to install “scrubber” equipment to reduce these unhealthy emissions. But the Texas Commission on Environmental Quality (TCEQ) allows older plants to emit more pollution than newer plants. Community activists complain that this state of affairs is a matter of racial discrimination and environmental injustice. A few months ago, the Port Arthur Community Action Network (PECAN) asked the U.S. Environmental Protection Agency  to investigate whether this lax oversight violates federal civil rights laws that ban racial discrimination in how environmental laws are enforced. Last week, the EPA accepted the complaint. Said PECAN founder and chairman John Beard Jr, “My hope is that they will thoroughly investigate their emissions and their impact on the community and draw what we believe to be an inescapable conclusion that Oxbow is an imminent danger to the life and health of people in Port Arthur and Southeast Texas.”

We need a CBO score on what happens to the economy if Congress doesn’t deal with climate change.

A HALF DOZEN OTHER THINGS TO READ

Are “net-zero” climate targets just hot air? Corporations and countries around the world are promising to eliminate their contributions to climate change. However, “On the road to COP26, corporations are using ‘net-zero’ to block effective climate policy and greenwash their image while maintaining business-as-usual,” according to a report from the nonprofit group Corporate Accountability. […] The core of a net-zero emissions plan that isn’t just greenwashing should therefore have large and immediate reductions in absolute emissions. By Umair Irfan

Is the Global Methane Pledge Just “Words on Paper”? More than 70 countries, including the United States, have promised to reduce methane emissions by 30% by 2030. Is it enough? By Amy Westervelt

A California law gave the people power to cut pollution. Why isn’t it working? AB 617, which was touted as a corrective to environmental injustice, has created a long-winded, bureaucratic process but resulted in little regulation — a design flaw that may be intentional. By Naveena Sadasivam

Unlocking the Transition: As Tesla, Ford and others invest billions in EVs, will the power system be ready? The White House zero emission vehicle target of 50% of new car sales by 2030 has a long way to go, a short time to get there, and big challenges along the way. By Amy Westervelt

More oil vs. climate: Can Biden have it both ways? “As we see current volatility in energy prices, rather than cast it as a reason to back off our clean energy goals, we must view it as a call to action,” said President Biden Tuesday at the global COP26 climate summit in Glasgow. But, said Jean Su, energy justice director at the Center for Biological Diversity, “All the negotiation in the world is ultimately hollow unless Biden acts boldly to end the fossil fuel era at home.” She said  Biden could stop oil and gas leasing on public lands and end fossil fuel exports through executive action, “but he refuses to do it. Biden contradicts his own moral imperative by leaving on the shelf his own tools to literally save lives and our planet from climate catastrophe.” By Lesley Clark, Mike Lee, Ester Wells 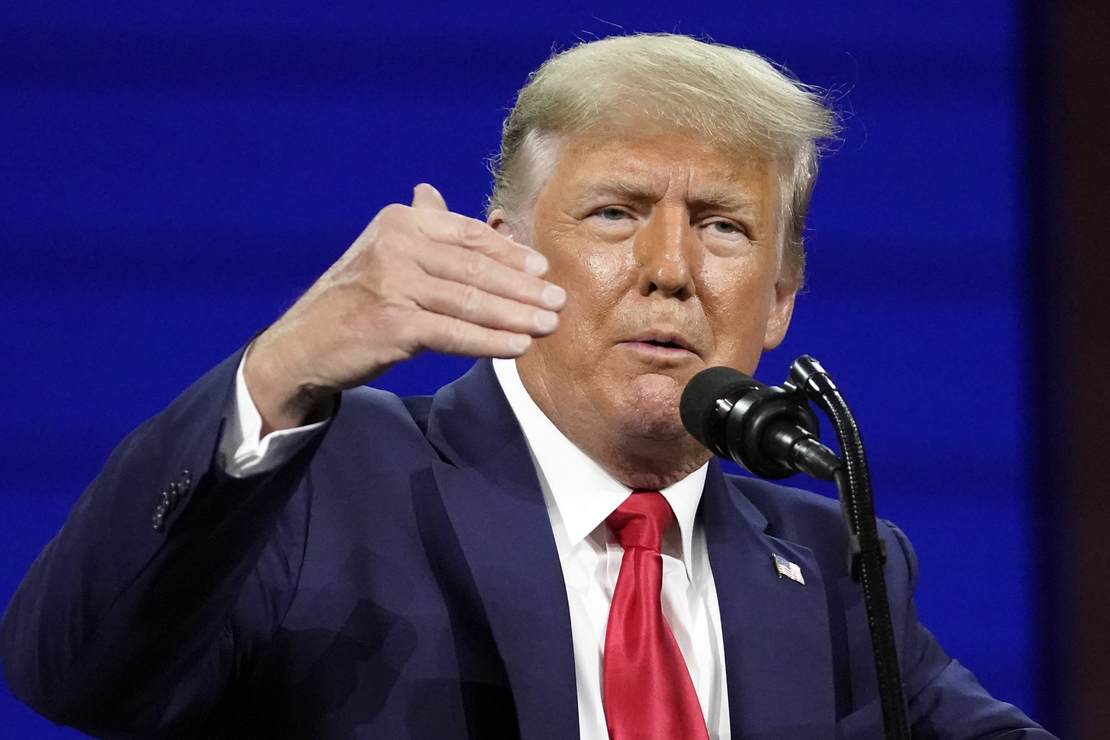 Trump Responds to Biden’s Presser as Only He Can, Clowns on the Press Corps’ Ridiculous Performance 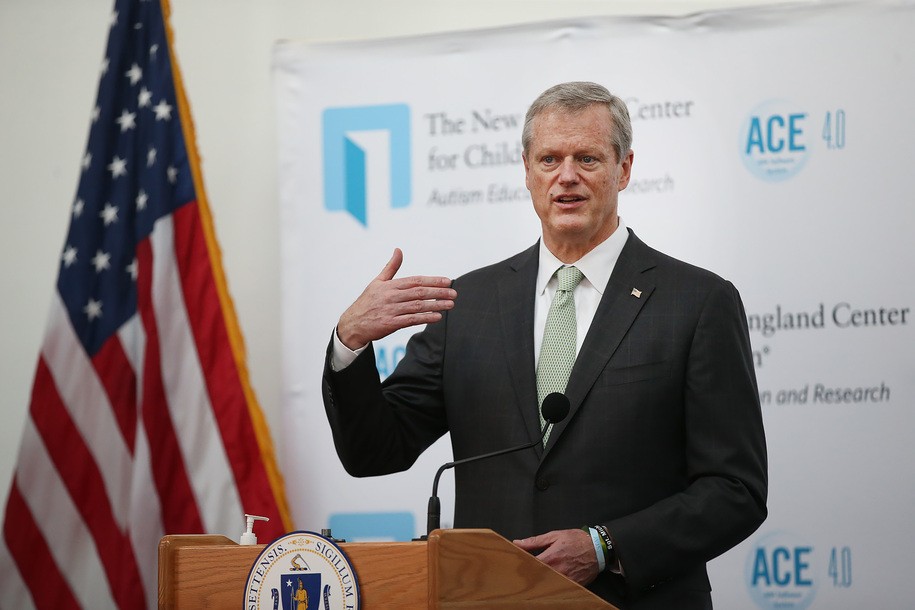