While many of us have been pushing back against the negatives of social media giants, it’s undeniable that only a few short years ago, the general public would never have been exposed to the voice of someone like PM Mottley. Most Americans’ knowledge of Barbados is limited to its existence as a Caribbean vacation location. Additionally, few international speeches—unless given by leaders of European nations or Russia—make U.S. headlines; one Caribbean nation that is the exception to this rule is Cuba.

Yet thanks to Twitter and Facebook, Mottley has captured the attention of people beyond those individuals who are immersed in global politics or Caribbean studies.

In case you missed it, here is her speech in full, with a transcript posted below.

The pandemic has taught us that national solutions to global problems do not work.

We come to Glasgow with global ambition to save our people and to save our planet. But we now find three gaps. On mitigation, climate pledges or NDCs – without more, we will leave the world on a pathway to 2.7 degrees, and with more, we are still likely to get to 2 degrees.

These commitments made by some are based on technologies yet to be developed, and this is at best reckless and at worst dangerous.

On adaptation, adaptation finance remains only at 25%; not the 50-50 split that was promised, nor needed, given the warming that is already taking place on this Earth. Climate finance to frontline small island developing states, declined by 25% in 2019.

Failure to provide the critical finance and that of loss and damage is measured in my friends, in lives and livelihoods in our communities. This is immoral and it is unjust.

If Glasgow is to deliver on the promises of Paris, it must close these three gaps.

So, I ask to you, what must we say to our people living on the frontline in the Caribbean, in Africa, Latin America, in the Pacific, when both ambition and regrettably some of the needed faces at Glasgow are not present?

What excuse should we give for the failure in the words of that Caribbean icon Eddy Grant, “will they mourn us on the frontline?”.

When will we, as world leaders across the world, address the pressing issues that are truly causing our people angst and worry, whether it is climate or whether it is vaccines?

Simply put, when will leaders lead?

Our people are watching and our people are taking note. And are we really going to leave Scotland without the resolve and the ambition that is sorely needed to save lives and to save our planet?

How many more voices and how many more pictures of people must we see on these screens without being able to move? Or are we so blinded and hardened that we can no longer appreciate the cries of humanity?

I have been saying to Barbadians for many years that many hands make light work. Today we need the correct mix of voices, ambition and action.

Do some leaders in this world believe that they can survive and thrive on their own? Have they not learned from the pandemic? Can there be peace and prosperity if one third of the world literally prospers and the other two thirds of the world live under siege and face calamitous threats to our wellbeing?

What the world needs now, my friends, is that which is within the ambit of less than 200 persons who are willing and prepared to lead. Leaders must not fail those who elected them to lead.

And I say to you, there is a sword that can cut down this Gordian knot, and it has been wielded before. The central banks of the wealthiest countries engaged in $25 trillion of quantitative easing in the last 13 years. $25 trillion! Of that, $9 trillion was in the last 18 months to fight the pandemic.

Had we used that $25 trillion to purchase bonds to finance the energy transition or the transition of how we eat or how we move ourselves in transport, we would now today be reaching that 1.5 degrees limit that is so vital to us.

I say to you today in Glasgow that an annual increase in the SDRs of $500 billion a year for 20 years, put in a trust to finance the transition, is the real gap Secretary-General that we need to close, not the $50 billion being proposed for adaptation. And if $500 billion sounds big to you, guess what? It is just 2% of the $25 trillion. This is the sort we need to wield.

Our excitement one hour into this event is far less than it was six months ago leading up to this event.

Can we with those voices and these speeches from Sir David and others, find it within ourselves to get the resolve to bring Glasgow back on track? Or do we leave today believing that it was a failure before it starts?

Our world, my friends, stands at a fork in the road; one no less significant than when the United Nations was formed in 1945. But then, the majority of our countries here did not exist. We exist now. The difference is we want to exist 100 years from now. And if our existence is to mean anything, then we must act in the interests of all of our people who are depending on us.

And if we don’t, we will allow the path of greed and selfishness to sow the seeds of our common destruction.

It is in our hands and our people and our planet need it more than ever.

We can work with who is ready to go, because the train is ready to leave and those who are not yet ready, we need to continue to ring-circle and to remind them that their people, not our people, but their citizens need them to get on board as soon as possible.

We do not want that dreaded death sentence and we have come here today to say, “try harder, try harder,” because our people, the climate army, the world, the planet needs our actions now, not next year, not in the next decade.

I have a sneaking suspicion that Mottley may have referenced Grant’s music in her speech to throw some shade on this peculiar situation, which has been covered in both Caribbean and U.S. media.

Climate change is clearly at the top of Mottley’s agenda, both globally and back home. The Jamaica Observer reported on her remarks at a handover ceremony of the RSS Maritime Security Strategy Project on Oct. 25; the paper noted that she warned Caribbean nations that they must “prepare for the possibility of a climate change event that could cause mass migration and displacement in the region.”

Mottley is also known for her cool and competence in interviews with the media, most recently in this interaction with a BBC interviewer about civil rights and members of the LGBTQ community.

Join me in the comment section below for more Mottley, and for a round-up of other Caribbean news and events

Stuff Just Got Serious: National Guard Troops Stationed at US Capitol Have Been Cleared to Use Lethal Force 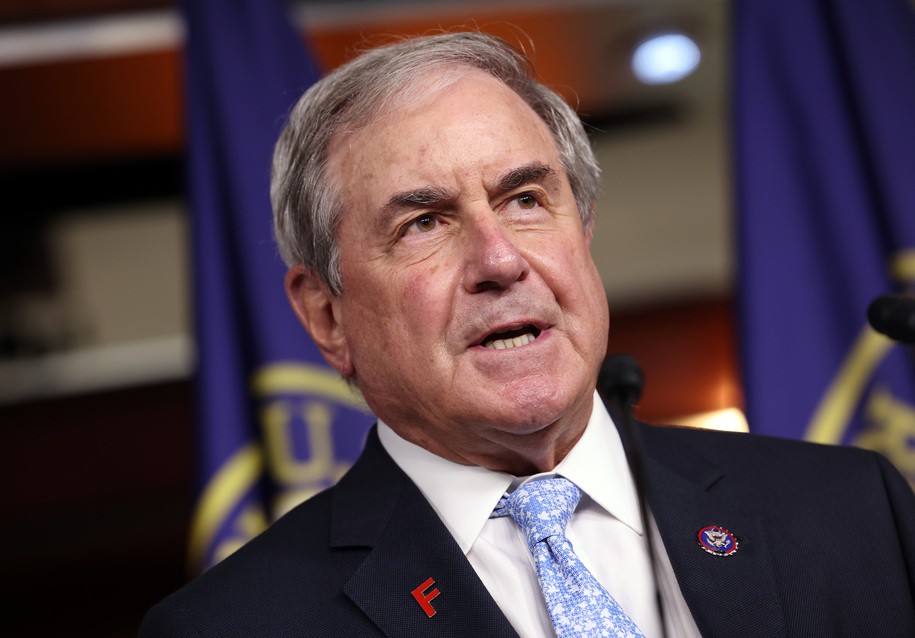