I would like to say a few things about my first husband, William.

William has lately been through some very sad events—many of us have—but I would like to mention them, it feels almost a compulsion; he is seventy-one years old now.

My second husband, David, died last year, and in my grief for him I have felt grief for William as well. Grief is such a—oh, it is such a solitary thing; this is the terror of it, I think. It is like sliding down the outside of a really long glass building while nobody sees you.

But it is William I want to speak of here.

His name is William Gerhardt, and when we married I took his last name, even though at the time it was not fashionable to do so. My college roommate said, “Lucy, you’re taking his name? I thought you were a feminist.” And I told her that I did not care about being a feminist; I told her I did not want to be me anymore. At that time I felt that I was tired of being me, I had spent my whole life not wanting to be me—this is what I thought then—and so I took his name and became Lucy Gerhardt for eleven years, but it did not ever feel right to me, and almost immediately after William’s mother died I went to the motor vehicle place to get my own name back on my driver’s license, even though it was more difficult than I had thought it would be; I had to go back and bring in some court documents; but I did.

We were married for almost twenty years before I left him and we have two daughters, and we have been friendly for a long time now—how, I am not sure exactly. There are many terrible stories of divorce, but except for the separation itself ours is not one of them. Sometimes I thought I would die from the pain of our separating, and the pain it caused my girls, but I did not die, and I am here, and so is William.

Because I am a novelist, I have to write this almost like a novel, but it is true—as true as I can make it. And I want to say—oh, it is difficult to know what to say! But when I report something about William it is because he told it to me or because I saw it with my own eyes.

So I will start this story when William was sixty-nine years old, which is less than two years ago now.

Recently William’s lab assistant had taken to calling William “Einstein,” and William seemed to get a real kick out of that. I do not think William looks like Einstein at all, but I take the young woman’s point. William has a very full mustache with gray in its whiteness, but it is sort of a trimmed mustache and his hair is full and white. It is cut, but it does stick out from his head. He is a tall man, and he dresses very well. And he does not have that vaguely crazy look that Einstein, to my mind, seemed to have. William’s face is often closed with an unyielding pleasantness, except for once in a very great while when he throws his head back in real laughter; I have not seen him do that for a long time. His eyes are brown and they have stayed large; not everyone’s eyes stay large as they get older, but William’s eyes have.

Every morning William would rise in his spacious apartment on Riverside Drive. Picture him—throwing aside the fluffy quilt with its dark blue cotton cover, his wife still asleep in their king-size bed, and going into the bathroom. He would, every morning, be stiff. But he had exercises and he did them, going out into the living room, lying on his back on the large black-and-red rug with the antique chandelier above him, pedaling his legs in the air as though on a bicycle, then stretching them this way and that. Then he’d move to the large maroon chair by the window that looked out over the Hudson River, and he would read the news on his laptop there. At some point Estelle would emerge from the bedroom and wave to him sleepily and then she would wake their daughter, Bridget, who was ten, and after William took his shower the three of them had breakfast in the kitchen at the round table; William enjoyed the routine of this, and his daughter was a chatty girl, which he liked as well; it was as though listening to a bird, he once said, and her mother was chatty also.

After he left the apartment he walked across Central Park and then took the subway downtown, where he got off at Fourteenth Street and walked the remaining distance to New York University; he enjoyed this daily walking even though he noticed that he was not as fast as the young people who bumped past him with their bags of food, or their strollers with two kids, or their spandex tights and earbuds in their ears, their yoga mats on a piece of elastic slung over their shoulders. He took heart in the fact that he could pass many people—the old man with a walker, or a woman who used a cane, or even just a person his age who seemed to move more slowly than he did—and this made him feel healthy and alive and almost invulnerable in a world of constant traffic. He was proud that he walked more than ten thousand steps a day.

William felt (almost) invulnerable, is what I am saying here.

Some days on these morning walks he would think, Oh God I could be that man—! over there in the wheelchair sitting in the morning sun in Central Park, an aide on a bench typing on her cellphone as the man’s head dropped forward to his chest, or he could be that one—! with an arm twisted from a stroke, a gait uneven—But then William would think: No, I am not those people.

And he was not those people. He was, as I have said, a tall man, to whom age had not added extra weight (except for a small potbelly you could barely see with his clothes on), a man who still had his hair, white now but full, and he was—William. And he had a wife, his third, twenty-two years younger than he was. And that was no small thing.

But at night, he often had terrors.

William told me this one morning—not quite two years ago—when we met for coffee on the Upper East Side. We met at a diner on the corner of Ninety-first Street and Lexington Avenue; William has a lot of money and he gives a lot of it away and one place he gives it to is a hospital for adolescent children near where I live, and in the past when he had an early-morning meeting there he would call me and we would meet briefly for coffee on this corner. On this day—it was March, a few months before William was to turn seventy—we sat at a table in the corner of this diner; on the windows were painted shamrocks for St. Patrick’s Day, and I thought—I did think this—that William looked more tired than usual. I have often thought that William gets better-looking with age. The full white hair gives him an air of distinction; he wears it a little bit longer than he used to and it rises slightly from his head, with his big drooping mustache to counter it, and his cheekbones have emerged more, his eyes are still dark; and it is a tiny bit odd, because he will watch you fully—pleasantly—but then every so often his eyes become briefly penetrating. So what is he penetrating with that look? I have never known.

That day in the diner, when I asked him “So how are you, William?,” I expected him to answer as he always does, which is to say in an ironical tone “Why, I am perfectly fine, thank you, Lucy,” but this morning he just said “I’m okay.” He was wearing a long black overcoat, which he removed and folded over the chair next to him before sitting down. His suit was tailor-made, since meeting Estelle he had been having his suits tailor-made, and so it fit his shoulders perfectly; it was dark gray and his shirt was pale blue and his tie was red; he looked solemn. He folded his arms across his chest, which is what he often does. “You’re looking nice,” I said, and he said, “Thanks.” (I think William has never told me that I am looking good, or pretty, or even well, in all the times we have seen each other over the years, and the truth is that I have always hoped he will.) He ordered our coffee and his eyes flitted about the place while he tugged lightly on his mustache. He spoke about our girls for a while—he was afraid that Becka, the younger, was mad at him; she had been sort of—vaguely—unpleasant to him on the phone when he had simply called to chat with her one day, and I told him that he just had to give her space, she was settling herself into her marriage—we spoke like that for a bit—and then William looked at me and said, “Button, I want to tell you something.” He leaned forward briefly. “I’ve been having these awful terrors in the middle of the night.”

When he uses my pet name from our past it means that he is present in some way he is so often not, and I am always touched when he calls me that.

I said, “You mean nightmares?”

He cocked his head as though considering this and said, “No. I wake up. It’s in the dark when things come to me.” He added, “I’ve never had this sort of thing before. But they’re terrifying, Lucy. They terrify me.”

William leaned forward again and set his coffee cup down.

I watched him, and then I asked, “Is there some kind of different medication that you’re taking?”

He scowled slightly and said, “No.”

So I said, “Well, try taking a sleeping pill.”

And he said, “I have never taken a sleeping pill,” which did not surprise me. But he said that his wife did; Estelle took a variety of pills, he had stopped trying to understand the handful she took at night. “I’m taking my pills now,” she would say gaily, and in half an hour she was asleep. He didn’t mind that, he said. But pills were not for him. Still, in four hours he would often be awake and the terrors often began.

And he did, glancing at me only occasionally as though he were still inside these terrors.

We hope you enjoy the book recommended here. Our goal is to suggest only things we love and think you might, as well. We also like transparency, so, full disclosure: We may collect a share of sales or other compensation if you purchase through the external links on this page. 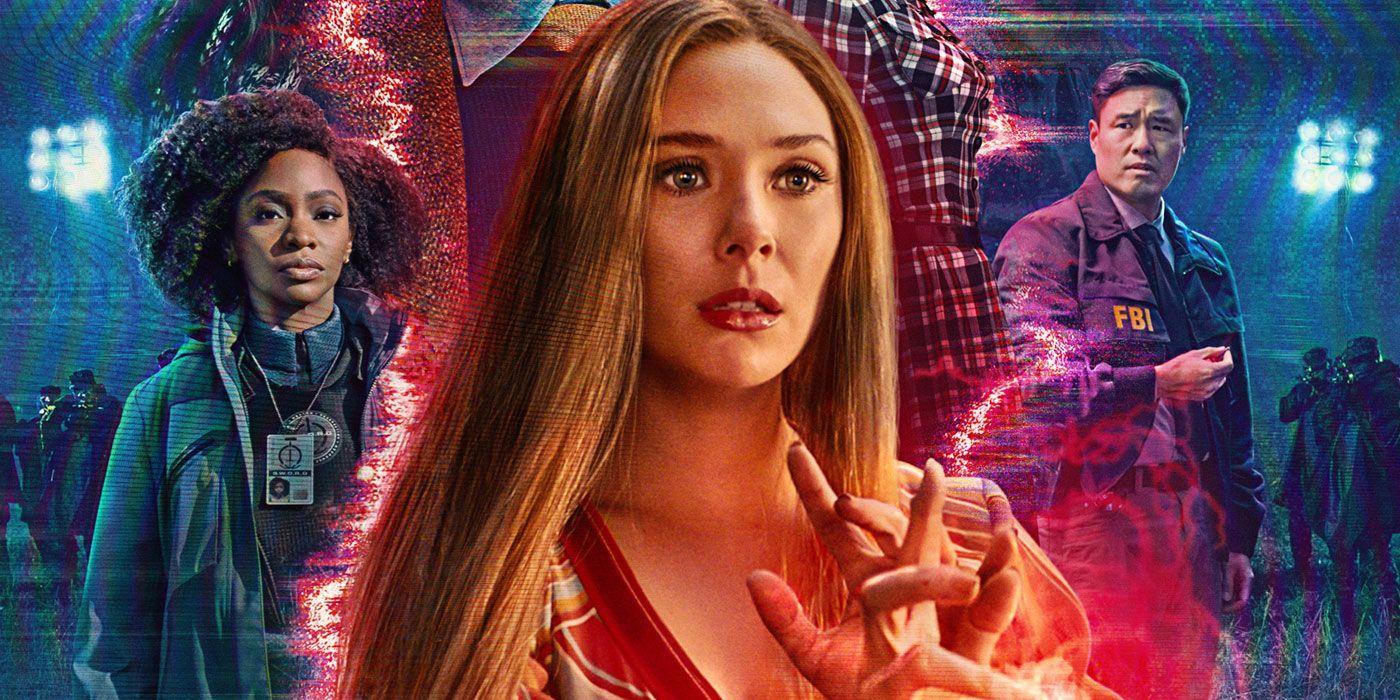 What to Expect From the WandaVision Season Finale