As workers set up a COVID-19 vaccine clinic under tents in a vast park, volunteers in South Gate hit the streets, knocking on doors and chatting up street vendors to spread the word.

In Chinatown, outreach workers are ducking into restaurants, urging line cooks and servers to walk down the block and get the shot.

With pressure mounting for California to keep reopening schools and businesses, much is riding on the vast, wildly varied efforts of volunteers to find and vaccinate some of the state’s hardest-to-reach populations, many of whom do not have cars, reliable internet access, legal documentation or enough free time to search for an appointment.

Nearly half of all vaccines in California are going to some 400 ZIP codes identified as high need, and state health officials have hinged the state’s reopening plan on how quickly those doses can be distributed. Entrusted with the job is a broad collection of community groups, including predominantly Latino churches, Chinatown nonprofits, a Black sorority and members of the Ethiopian business community.

So far, 2 million doses have been distributed in those ZIP codes, with 2 million more to go before the state will consider lifting restrictions any further.

For many of the nearly 10 million Californians who have already received a dose of the COVID-19 vaccine, the process has been almost universally frustrating, but relatively straightforward: They have sifted through multiple websites, sometimes waking up in the middle of the night or refreshing webpages multiple times to score an appointment.

But that system doesn’t work as well in communities hit hardest by the virus, where essential workers juggle multiple jobs, unreliable internet and a fear of government services. Getting doses into arms requires significant help from grassroots organizations that know their communities and know how to reach them. That often involves going offline.

Volunteers have traded online advertising for old-school organizing: speaking face-to-face, making phone calls and handing out flyers. Their hope is to spread the word widely enough that locals know where to go — but not so widely that residents from other parts of Los Angeles County flood the clinics and snap up scarce appointments.

“It was a decision early on to say, ‘no internet,’” said state Assemblymember Cristina Garcia, who helped organize and schedule appointments for the South Gate clinic. “It is a little more work, but it’s worth it to make sure the shots are going into the arms of our community members.”

For many organizations, knowing the needs of the city’s wide range of ethnic groups is key. Local leaders strategized recently at Kedren Community Health Center in South Los Angeles:

Where can vaccine sites be set up for Muslims who might not feel comfortable going to a clinic at a church?

What can be learned from Korean churches that mobilized their elderly members to get their shots?

What’s the best way to vaccinate staff at Ethiopian restaurants?

“We will go there when you have all your workers there,” Abraham said to a man who works with several restaurants in Little Ethiopia. “And we will just have a team go and vaccinate.”

Two lines outside Kedren illustrate the way that access and information can affect who shows up for the vaccine. One line is full of ineligible patients, many from more affluent communities with the ability to work from phones or laptops — or not work at all — while they wait hours for a leftover dose.

But Kedren, which administers as many as 3,000 vaccines per day, has also set up a separate, faster line for eligible patients who live in ZIP codes that include much of South L.A. and adjacent areas stretching to Baldwin Hills. The line is part of a pilot program that prioritizes people for vaccination based on where they live, in areas that have seen some of the worst outcomes during the pandemic.

“A lot of my constituents are the front-line folks: They’re the ones doing the serving, doing the cleaning,” said City Councilmember Curren D. Price Jr., whose 9th District covers South L.A. “They’re living in multi-generational households and sometimes can’t get access to logging online to make a reservation. So we’ve tried to make the vaccines very available and very accessible.”

Other groups volunteering include the Eritrean COVID 19 Taskforce; the Sigma Gamma Rho Sorority, a historically Black sorority; the Los Angeles Urban League; and Heart of Los Angeles, also known as HOLA, an organization that provides academic, athletic and arts education to underserved youth.

Every week, HOLA holds workshops and distributes food to mostly Latino and Black families of children who participate in the center in the Rampart District, providing an opportunity for workers to discuss the vaccine with families and address their fears over jeopardizing their immigration status by getting the shot. The organization is working on getting a mobile vaccination clinic at its site in partnership with Kedren.

“You would never know that an afterschool program, or even the Urban League — which we think of as a workforce-oriented organization — would play such a pivotal role in getting the population vaccinated,” said Collin Hinds, president of the tech company, Smoother MBE, who brought together the community leaders for the meeting at Kedren.

State officials have made it clear that vaccinating people in high-need areas is the priority before May 1. California Health and Human Services Secretary Mark Ghaly said the goal is “to make sure we get into the communities that have been hardest hit.” As more Americans become eligible, he said, the state’s ability to “be really strategic in those communities will start to shift.”

Community leaders in Southeast Los Angeles learned on a Friday night in March that state and national officials could help vaccinate 550 people who lived and worked in the area. The catch: The clinic would start the next morning.

“We tried a little bit of everything,” said Dr. Wilma Franco, who runs the Southeast Los Angeles Collaborative, a coalition of local nonprofits that coordinated the South Gate Park vaccine drive. “When you really prioritize a community-driven approach, it works. We know our community.”

Elizabeth Alcantar, the vice mayor of Cudahy, headed to an outdoor market next to the railroad tracks on Patata Street, where she found vendors selling Mexican candy and roast suckling pig tacos with spicy mustard salsa, a specialty from Nayarit, Mexico.

She helped address logistical concerns with those who said they couldn’t afford the vaccine (it’s free), who didn’t have the proper paperwork proving they were food workers (the site would accept a self-attestation letter), and who didn’t have a car to get to the Dodger Stadium mass vaccination site (the South Gate clinic is nearby, and volunteers could arrange transportation).

More than a dozen vendors signed up, Alcantar said, a positive step for a city that has one of the county’s lowest vaccination rates. Last month, 1 in 5 Cudahy residents had tested positive for the coronavirus, but 1 in 24 people had been vaccinated. In the same time period, more than 25% of Beverly Hills residents had received their first shot.

“The system isn’t working,” Alcantar said. “The vaccines are going to folks who are more likely to have time, cars, internet, everything you need to get an appointment. We have to build access and ensure that people who typically don’t have access, have access to these vaccines.”

Rather than use the state’s appointment registration software, called MyTurn, the volunteers talked to patients on the phone and organized time slots in a Google Doc. When patients showed up for their appointments, clinic workers booked them into MyTurn on the spot, securing their appointments using an individually generated access code.

Those individual codes are a replacement for the group-access codes that the state had planned to use to set aside blocs of appointments for essential workers. Instead, the codes were widely circulated among people who were not yet eligible to receive the vaccine and used them to jump the line.

The state extended the South Gate clinic to six days. More than 2,400 people received their first dose, 94% of whom lived or worked in Southeast L.A., and 92% of whom were Latino, according to county data. Volunteers will have to call each patient back to remind them of their second dose appointment.

Similar clinics are springing up in the city of L.A., put on by the office of Mayor Eric Garcetti. The city has staged dozens of events, mostly in South L.A., East L.A. and the eastern San Fernando Valley, that have vaccinated more than 34,000 people.

For a vaccine clinic for senior citizens in Chinatown last month, nonprofits assembled a list of people they knew would be eligible, including residents in single-room occupancy buildings who had worked with renters relief groups and people who had put their name on a vaccine waiting list with the Chinatown Service Center. Then they started calling.

Many seniors do not have internet access or enough computer literacy to make appointments online, said Sissy Trinh, the founder and executive director of the Southeast Asian Community Alliance. Others do not drive and could not access the closest vaccine clinic at Dodger Stadium, which is drive-through only. And some speak Tongan, Cantonese, Vietnamese, Teochew and other languages that aren’t often included in health messaging or spoken by vaccine site staff, she said.

“Just because there’s more vaccines doesn’t mean people will know how to get them,” Trinh said. Before the city’s mobile clinic arrived, she said, some seniors had already resigned themselves to not getting vaccinated because they faced too many barriers.

The clinic vaccinated 954 senior citizens in four days, with second doses administered last week. When extra shots were available, Trinh said, her staff walked to Far East Plaza and other nearby malls to tell food workers that they could get vaccinated immediately a few blocks away.

Sandra Olmedo, a 21-year-old USC student, wanted to help the many elderly Spanish-speaking parishioners of St. Patrick’s Catholic Church in South L.A., where she’s been a member since she was a baby. So she became her church’s point person for people to call for help booking a vaccine appointment.

“Just because the county tells you to do something, it doesn’t mean that that’s what we’re going to trust,” she said. When Olmedo tells people that the church’s pastor, Father Tim Dyer, endorses the vaccine, she said, it is far more powerful than hearing it from a government official.

Olmedo is now working with City Council District 9 to get a mobile clinic at the church. She has been putting up flyers telling people who want the vaccine to contact the church’s receptionist, who will then connect people with her.

“In the Latino Catholic community, it’s important to personalize the vaccine, and let people know: Here are real people you know, faces you know, and they’ve gotten the vaccine. They’ve had a good time, they’re excited for you to get the vaccine too so we can come together and be together again.”

This Legend Of Zelda: Breath Of The Wild Mod Is An Expansion With New Quests, NPCs, Crafting, And More 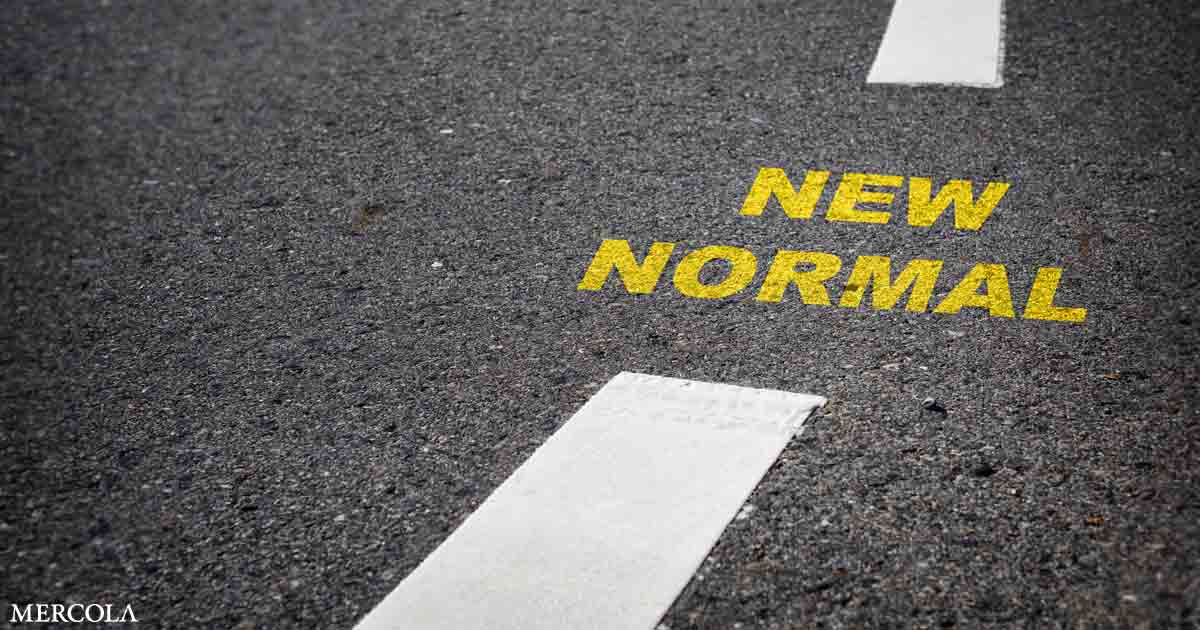 Will the New Normal Be Our Way of Life From Now On? 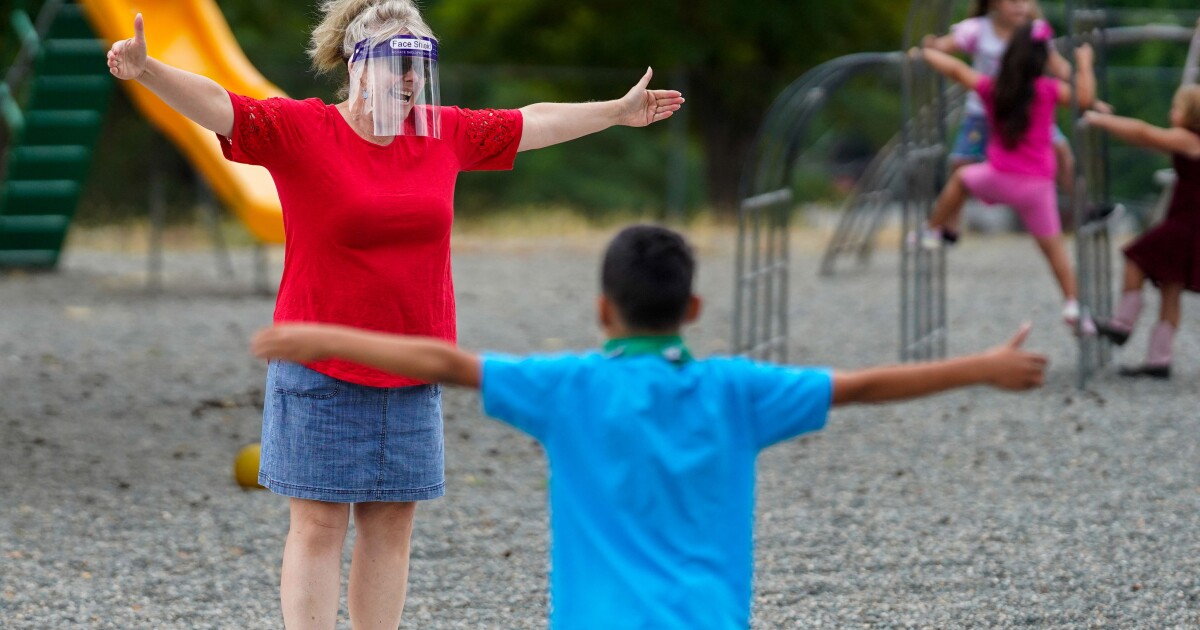