This article was previously published September 16, 2020, and has been updated with new information.

In early 2020, a global pandemic spurred the world into action, especially in the science community. Researchers began seeking to discover how the COVID-19 virus worked and to uncover the best methods for testing, treating and vaccinating. One of the interventions that the biomedical community has been pursuing is the use of antivirals, including remdesivir.

The drug was initially analyzed during the Ebola outbreak several years ago but never approved. Its development was the result of a collaboration involving Gilead Sciences, the CDC and the U.S. Army Medical Research Institute of Infectious Diseases.

Testing was also done on SARS and MERS, which are both zoonotic coronaviruses, as well as two types of common human coronavirus which trigger the common cold. The medication was developed with a $99 million grant from the American government.1 A 2017 report noted that the Department of Defense “… is cost-sharing with Gilead biosciences for continued development of this product.”2

At the time it was labeled GS-5734.3 The initial studies that Gilead used to demonstrate the effectiveness of the drug had problems with the way they were designed, and changes made during the study would have negated the results.

Del Bigtree from Highwire, who serves as CEO of the Informed Consent Action Network, described the issues with the studies in detail. However, as just one of many technology platforms censoring or eliminating accounts that do not share the corporate view, YouTube terminated Bigtree’s entire account.

This severing of information from public view has earned YouTube the title of “ministry of information” by some, because it infers that only YouTube/Google know what’s right and wrong, according to user posts.4

Remdesivir Lengthens Hospital Stays for Some

As described in one study published in The Lancet, scientists conducted a randomized, double-blind, placebo-controlled investigation at 10 hospitals in China5 from February 6, 2020, to March 12, 2020.

Two-hundred thirty-seven people were enrolled and randomly assigned to either a treatment group or a placebo group. The results showed that remdesivir was not associated with statistically significant clinical benefits, and had to be stopped early because it was believed to have caused adverse events.

Despite a lack of strong evidence that the drug is beneficial, it is being used globally. In a highly quoted study about the drug, it was purported that it may have shortened hospital stays by 31%, from 15 days to 11.6

Dr. George Ralls with Orlando Health reports they are seeing positive benefits with remdesivir.7 However, he is also attributing a lengthier hospital stay to the time needed to complete a course of remdesivir. Interestingly, he also said the drug is keeping people in longer than if they weren’t taking the drug:

“Once they start on this medication … they need it for five days, so they are in the hospital longer than they would have normally been. So that could be a reason why our inpatient numbers have ticked up a little.”

It does not appear, then, that the drug is shortening hospital stays.

Alternatives Are Available, but Ignored

In a paper from Dr. Harvey Risch of the Yale School of Public Health, published in the American Journal of Epidemiology, the use of hydroxychloroquine and azithromycin was cited as necessary to helping halt the pandemic.

The combination of inexpensive medications is highly effective during the first phase of the infection, before hospitalization. This does not compete with the intravenous drug remdesivir, used only after a person is hospitalized. Risch noted:8

“Remdesivir has shown mild effectiveness in hospitalized inpatients, but no trials have been registered in outpatients. Hydroxychloroquine+azithromycin has been widely misrepresented in both clinical reports and public media, and outpatient trials results are not expected until September. Early outpatient illness is very different than later hospitalized florid disease and the treatments differ.

Five studies, including two controlled clinical trials, have demonstrated significant major outpatient treatment efficacy. Hydroxychloroquine+azithromycin has been used as standard-of-care in more than 300,000 older adults with multicomorbidities … These medications need to be widely available and promoted immediately for physicians to prescribe.”

According to Global Research, the same protocol is showing significant success in China, India, Senegal and Brazil.9

As I have also written, French microbiologist and infectious disease expert Didier Raoult, director of a research unit at Institut Hospitalo-Universitaire in France, has reported that using a combination of hydroxychloroquine and azithromycin, administered immediately upon diagnosis in 1,061 people, led to recovery and “virological cure” in 91.7% of patients.10

It is also important to note that unlike remdesivir — which has had side effects severe enough to stop clinical trials — the hydroxychloroquine/azithromycin combination showed no cardiac toxicity, rhythmic cardiac events or sudden death in patient data.

The long-awaited price for remdesivir was announced June 29, 2020, by Gilead Sciences. As reported in NPR, there was “months of speculation as the company tried to figure out how to balance profit and public health needs in the middle of a pandemic.”11 Daniel O’Day, chairman and CEO of Gilead Sciences, published an open letter in which he said:12

“Remdesivir, our investigational treatment, is the first antiviral to have demonstrated patient improvement in clinical trials for COVID-19 and there is no playbook for how to price a new medicine in a pandemic.”

While the drug has demonstrated only questionable benefits, O’Day is correct in saying there are no guidelines on pricing a new medicine in a pandemic. Yet, he believes Gilead balanced corporate profits and public health when they settled on $520 per vial, which equates to $3,120 for the recommended five-day course of treatment (on the first day, a double dose is given).

The Institute for Clinical and Economic Review (ICER) released the calculated total cost of production, packaging and a small profit margin May 1, 2020. The cost was rounded to $10 per vial.13

The same group noted that the company could charge a much higher rate depending on its effectiveness, with Dave Whitrap from ICER qualifying that statement by saying, “If the drug doesn’t impact mortality and only shortens recovery time, we figure a course of treatment is worth about $310.”14 Gilead is currently charging $2,810 more for a drug that has already proven it doesn’t reduce mortality.15

O’Day wrote that under “normal circumstances” a medication would be priced “according to the value it provides.”16 In this case they estimated that early discharge from the hospital would save approximately $12,000 per patient.

They believe the $3,120 price tag does not hinder anyone from receiving treatment, while it balances their responsibilities to continue work on remdesivir and research on antivirals.

When the price for the drug was announced, an analyst for SVB Leerink, which is an investment bank, described the price as a “spectacularly good value.” The analyst, Geoffrey Porges, added that it is “unprecedented to price the drug below the medical costs that it’s saving.” He believes remdesivir has the potential to save $40,000 per patient by preventing someone from entering the ICU.

He also believes there’s more value that Gilead has not built into their price. In other words, a drug that taxpayers poured $99 million into the development of, and for which Gilead pays $10 per vial ($60 per course of treatment) to produce, is somehow underpriced at $3,120 for a single course of treatment.17

Using this same logic, a florist could base the charge for a dozen red roses on how much they save a couple by preventing the cost of a divorce. However, in the same way the florist does not know if flowers are for a celebration or an apology, Gilead has priced remdesivir on the assumption that patients will be hospitalized for four fewer days, even though Ralls finds that his patients who take the drug are actually in the hospital longer.

This is not the first time Gilead has leveraged exorbitant markups on their products. Sovaldi was billed as a “groundbreaking” drug to treat hepatitis C, for which Gilead charges $84,000 for each course of treatment.18 While some see the price for remdesivir as reasonable, it’s important to remember that drug production is nearly riskless for Big Pharma as they are often subsidized by the government.19

The profiteering has started for Gilead, which has a market capitalization of $90 billion21 and developed their antiviral drug with the help of your tax dollars. The day after the price was announced, the U.S. government bought 500,000 doses. Then, press secretary Kayleigh McEnany said this was so patients would not be charged the real cost of the drug.

On the surface, this means individuals will not be charged, yet all Americans are paying with their tax dollars. Emergency vaccine spending bills were recently passed, allocating $6 billion for manufacturing and distribution and $20 billion for development.

As Doggett points out, “The public will pay for much research and manufacturing. Only the profits will be privatized. We’re in the extraordinary position of spending billions on vaccines before we know if they work.”22

Rolling Stone reports that some large pharmaceutical companies have made pledges regarding the cost of future vaccines, including Johnson & Johnson and AstraZeneca. Astra Zeneca CEO Pascal Soriot announced, “We’ll do it at no profit.”23

Yet, when Doggett and his staff contacted the drug companies for clarification about what their statements meant, they did not get an answer, nor was there definition of “cost” included. Gestures like this may look good in the news but only time will tell if they keep their promises.

Without announcing an end date and knowing that many public health experts will be pushing a vaccine for many years, it’s highly unlikely that any pharmaceutical company will provide a drug at cost for more than a short time to meet the initial need.

Healthy Choices That Make a Difference

Some public health officials and the media are wringing their hands over the number of new cases being diagnosed each day. Using these numbers to generate fear and distress, they encourage people to stay in place and wait for a vaccination.

However, I recommend that you take a proactive approach in supporting your immune system. It has become more apparent with every passing week that optimizing your vitamin D level is likely the easiest, least expensive and most beneficial strategy you can use to minimize your risk.

The best time to start addressing your vitamin D level is right now, before you feel ill. You’ll find more information about the importance of vitamin D and how the body uses it to combat coronavirus and other infectious diseases in a journal article I co-wrote, “Evidence Regarding Vitamin D and Risk of COVID-19 and Its Severity.”

It is my hope you use this resource to spread the word about the significance of vitamin D to your friends and family. 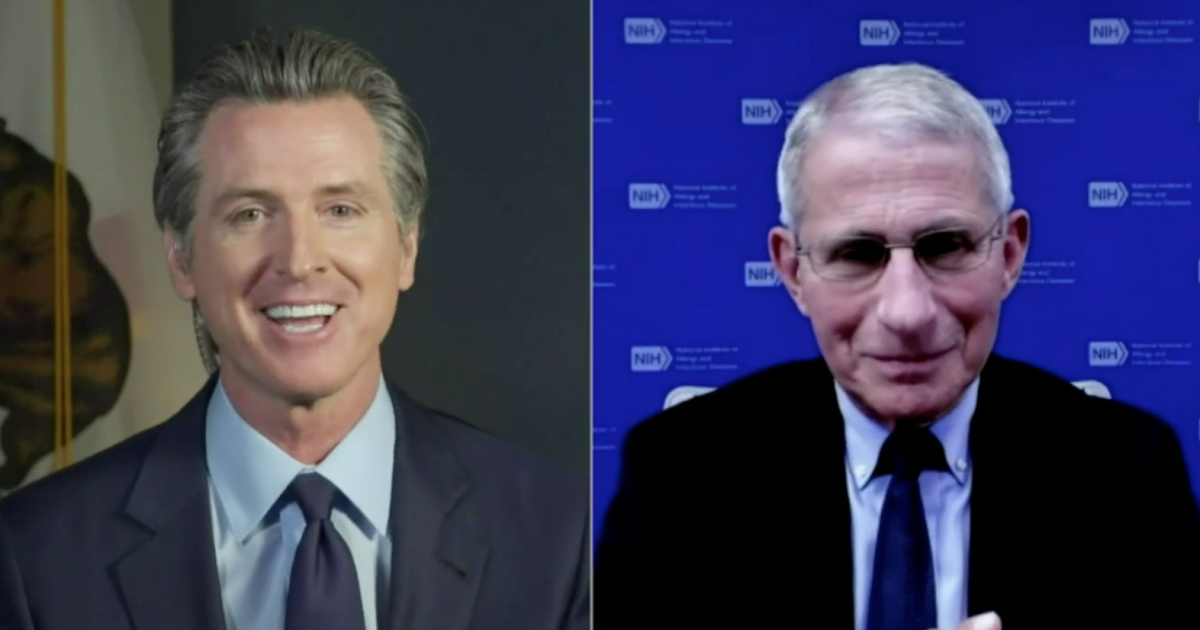 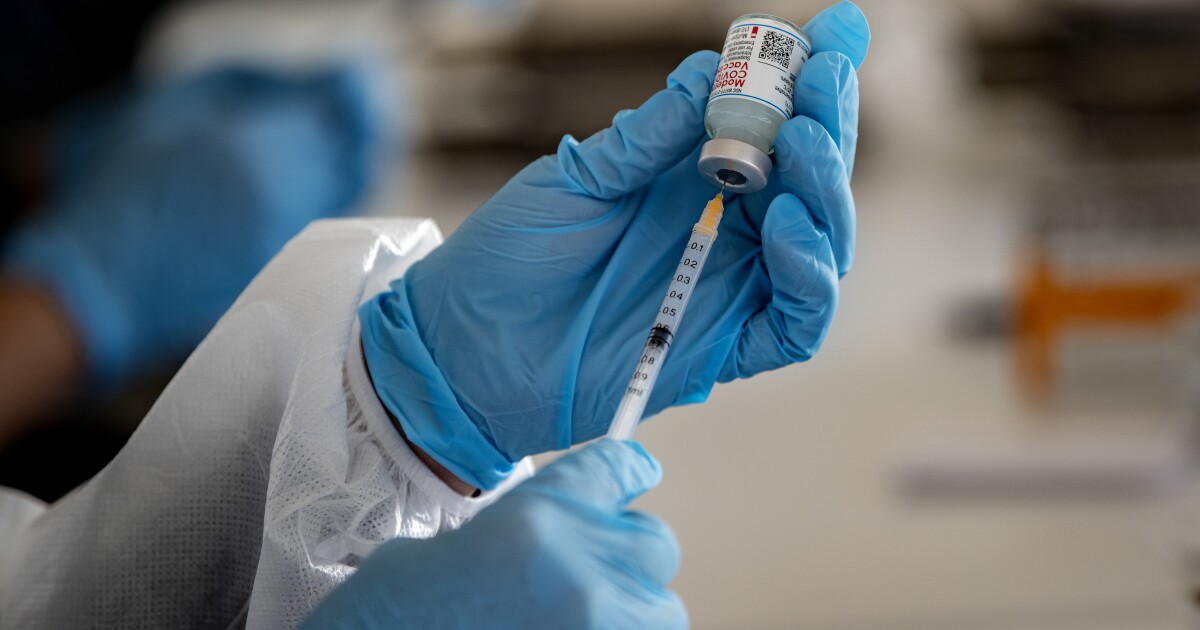