“CRC is typically viewed as a disease for older individuals, so when I first started seeing these young patients presenting with advanced disease, no one really believed me,” says Eng, who was then a professor of gastrointestinal medical oncology at the University of Texas MD Anderson Cancer Center in Houston.

The overwhelming evidence at the time showed declining CRC rates nationwide, with minimal data suggesting a different trend at play in younger patients. But Eng, who is now a professor of medicine at Vanderbilt-Ingram Cancer Center in Nashville, was not the only oncologist to see a shift in her patient population.

“When I started practice nearly 30 years ago, there was no one in my clinic with colon cancer under the age of 50. But a little over 10 years ago, I started noticing more and more younger people coming in with CRC,” recalls John Marshall, MD, director of the Ruesch Center for the Cure of Gastrointestinal Cancers at Georgetown Lombardi Comprehensive Cancer Center in Washington, DC. “At centers like ours, we may have seen this trend emerge before others. But when we began comparing notes with our colleagues, we realized something was going on.”

Soon, the evidence began to catch up to these observations. In 2015, Christina Bailey, MD, and colleagues at MD Anderson published an analysis predicting an alarming rise in colon cancer (90%) and rectal cancer (124%) by 2030 in patients under 35. In 2019, researcher Rebecca Siegel and colleagues at the American Cancer Society highlighted the trend in early onset CRC extended beyond the U.S., with 18 other countries reporting increasing rates.

Even as more data confirmed this rising rate of early onset CRC, a glaring question remained: Why is this happening?

“That is the question many of us still don’t have a good answer to,” says Eng, who reflected on this “mystery” in a recent editorial published alongside two analyses exploring possible things linked to early onset CRC.

In the following Q&A, Eng, Marshall, as well as David Johnson, MD, a professor of medicine and chief of gastroenterology at Eastern Virginia School of Medicine in Norfolk, and Ben Weinberg, MD, an associate professor of medicine at MedStar Health in Washington, DC, discuss experiences treating young patients diagnosed with CRC and explore what we know and don’t know about the rising rates of colon and rectal cancers in this population.

WebMD: What is our current understanding of early onset CRC trends?

Eng: Even though younger adults only represent about 12% to 15% of all patients with CRC, the rate of increase has been alarming. We know hereditary factors cannot fully explain this increase: Less than half of cases — about 5% overall — in younger patients are attributed to family history or genetics.

But the evidence does indicate that early onset cases are more often left-side colon tumors and rectal cancers, versus right-side tumors, and present with rectal bleeding and abdominal pain. We also know this is a global problem: Data from the Middle East, Asia, the European Union show this is a trend across the world.

Marshall: Although I still see people in their 50s and 60s with CRC, overall there is a dramatic shift to younger patients. Probably more than half of the patients I take care of now are under 50, but our institution does see a much higher percentage of early onset CRC than the average community doctor. These young patients are typically healthy and do not have a family history of CRC.

WebMD: Do we have any ideas about why this is happening?

Eng: That is the question. We don’t have definitive answers yet, but I suspect the reasons are multifactorial. We have some evidence to suggest diet may play a role, and there’s a lot of interesting work going on related to the microbiome, suggesting childhood exposures may put some younger people at a higher risk for CRC.

Marshall: Because we’re seeing this trend around the world in all races, it suggests an environmental impact. My leading theory is that our microbiome has evolved and somehow, we’ve altered the bacteria in our gut in a way that is increasing the risk of CRC at younger ages. But what the key environmental factors are remain unclear. Could it be too much antibiotics at a young age? Big dietary shifts compared to previous generations?

Johnson: Although experts had previously attributed this trend to rising rates of obesity and diabetes, I think the major factor is diet — primarily the increased consumption of processed foods and beverages containing high fructose corn syrup, which studies show is concordant with the development of early colon polyps and colon cancer.

Weinberg: A lot of research now centers on tumor genetics in younger versus older patients with CRC, such as genetic differences that may exist between right- and left-sided colon cancers. For instance, my colleagues and I received a grant from the CRC Alliance to compare young and older onset CRC in untreated tumor tissue, focusing on the bacterial and fungal DNA in these tumors. The microbiome is also a hot area of research, especially looking at the interplay between the immune system, diet, and genetics. But this field is in its infancy, and the microbiome is finicky and hard to study.

WebMD: Dr. Johnson, can you provide more details on the role diet may play?

Johnson: A growing body of research shows that ingesting processed sugary beverages, typically containing high fructose corn syrup, is associated with advanced colon polyps and colon cancer. In an animal model, mice that ingested high fructose corn syrup rapidly developed larger and more aggressive colon tumors than mice that just got water. The finding is significant because this amount of corn syrup is equivalent to about 1 soda per day. This study also found that corn syrup not only accelerated tumor growth but also sped up the metabolic pathway that fosters tumor development.

Other research suggests that a diet high in sulfur changes a person’s microbiome and increases the risk of early onset CRC. Recent research from the Nurses’ Health Study found that in women, diets containing higher amounts of sulfur — typically found in processed meats — were associated with an increased risk for early onset adenomas.

Weinberg: We’ve made some headway understanding the microbiome’s role in early onset CRC, especially the bacteria Fusobacterium nucleatum (F nucleatum). F nucleatum — a dental plaque — tends to migrate to the right side of the colon, travel with the tumor as it metastasizes, and may play a causative role in some rectal cancers. Streptococcus bovis (S bovis) and E coli are other potentially important bacteria. Some E coli species, for instance, make toxins that may play a carcinogenic role in the lining of the colon.

Still, no large studies exist comparing the microbiome in young versus older-onset colorectal cancer. Most studies include patients 60 and older, and others that do compare younger and older patients show no statistically significant correlations between patient age and a particular bacterium. Some studies, however, do suggest that the microbiome varies with age, though we still need more research to understand why this change happens and how it affects CRC disease risk and course.

WebMD: Now that clinical guidelines recommend colonoscopy screening at age 45 instead of 50, what are some strategies to get more people screened, diagnosed, and treated earlier? What challenges do patients face getting diagnosed, and what symptoms should clinicians be looking for?

Marshall: As a medical community, we need to do better at recognizing that CRC occurs in younger people. When a 35-year-old mother of three with hemorrhoids says she has had some bleeding, she might get waved off by her physician. But if you’re 65 with the same symptoms, you get a colonoscopy. We need to stop waving off young people presenting with symptoms that could indicate colon cancer. Of course, we can’t screen everyone with GI symptoms, but colon cancer should at least be on a doctor’s list. And to encourage more screening, we do not necessarily need to use the gold standard colonoscopy all the time — we can be doing more stool tests. It’s less specific, but it’s still a good test and will narrow down who should get a colonoscopy.

Weinberg: Getting diagnosed at a young age requires a lot of initiative on the patient’s side. We’re hoping to change that from an awareness standpoint. Having risk adaptive screening in the 35-to-45 age range could be successful and cost effective.

Eng: Beyond just diagnosis and treatment, it really tugs at my heart to see the emotional and psychosocial challenges these younger patients are facing, such as job insecurity, anxiety and depression, sexual dysfunction. These are challenges we didn’t think about as much before, given the older patient population. Younger patients who have an ostomy, for instance, face issues with self-confidence, depending on their bowel function. Patients who undergo radiation therapy face an increased risk of sexual dysfunction and fertility issues.

WebMD: What would you like to see improve on the screening and diagnosis fronts in the near future?

Eng: For patients, paying attention to their bodies and anything that seems abnormal, and bringing those symptoms to the attention of their doctors is an important first step. For physicians, asking patients about any unresolved symptoms and about their family history of CRC is another crucial step.

Johnson: It’s important to talk to patients about colon cancer screening as a preventative measure. The ultimate goal of screening is to prevent, not detect colon cancer. I’d also counsel my patients about their diets and advise them to limit processed foods and sugary beverages, which typically contain high fructose corn syrup. I think all providers should do this as well. Dietary influence on health and disease is a modifiable and clearly important factor!

Marshall: It’s an all-hands-on-deck kind of moment. If you are one of these patients diagnosed with CRC young, make sure you’re involved in a research project and share your experience. We’re going back to the fundamentals to understand what’s going on and why.

Surprise! Ruined King: A League Of Legends Story Is On Switch Right Now 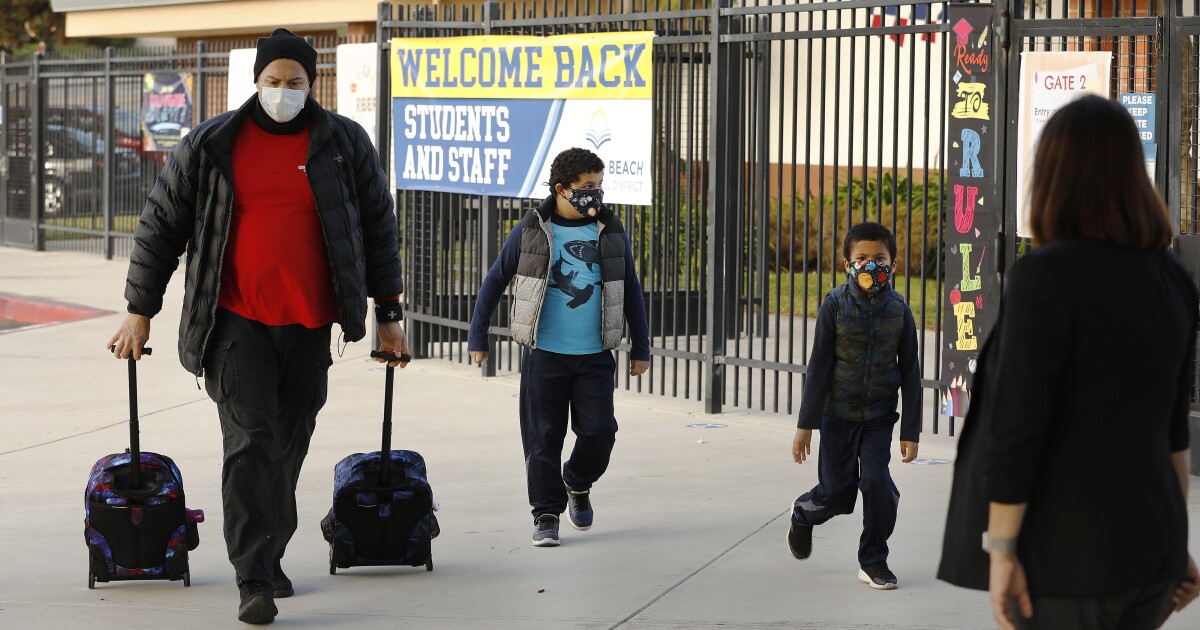 COVID-19 in L.A. County finally on a sustained decline after catastrophic winter 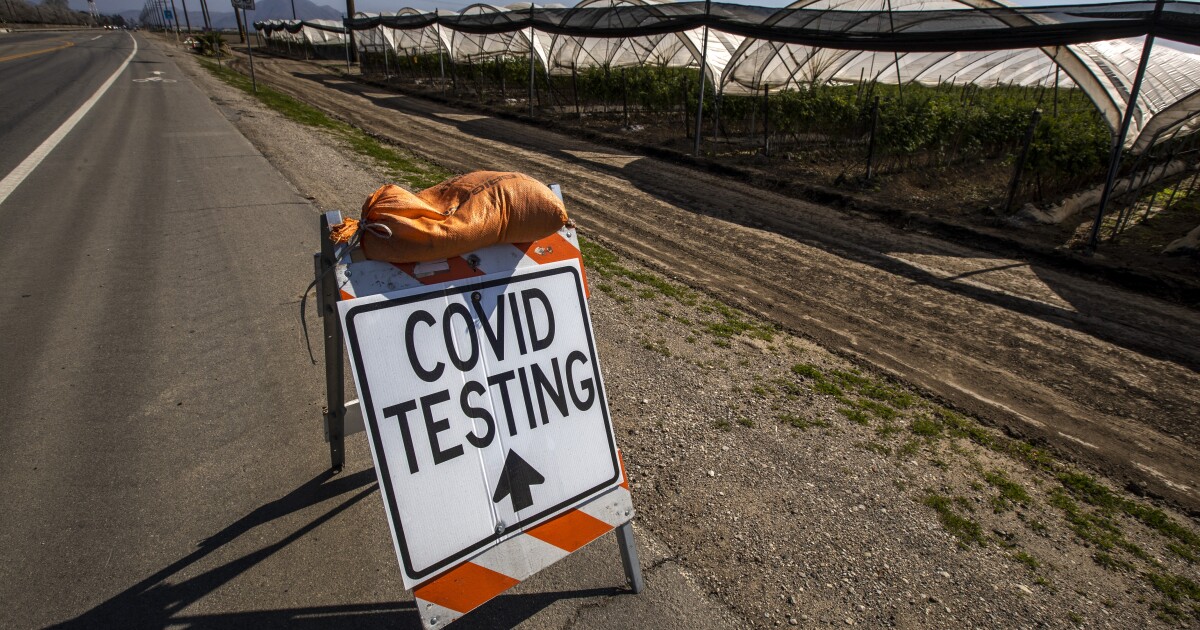 Farmworkers get COVID-19 vaccines in Ventura County; teachers are next 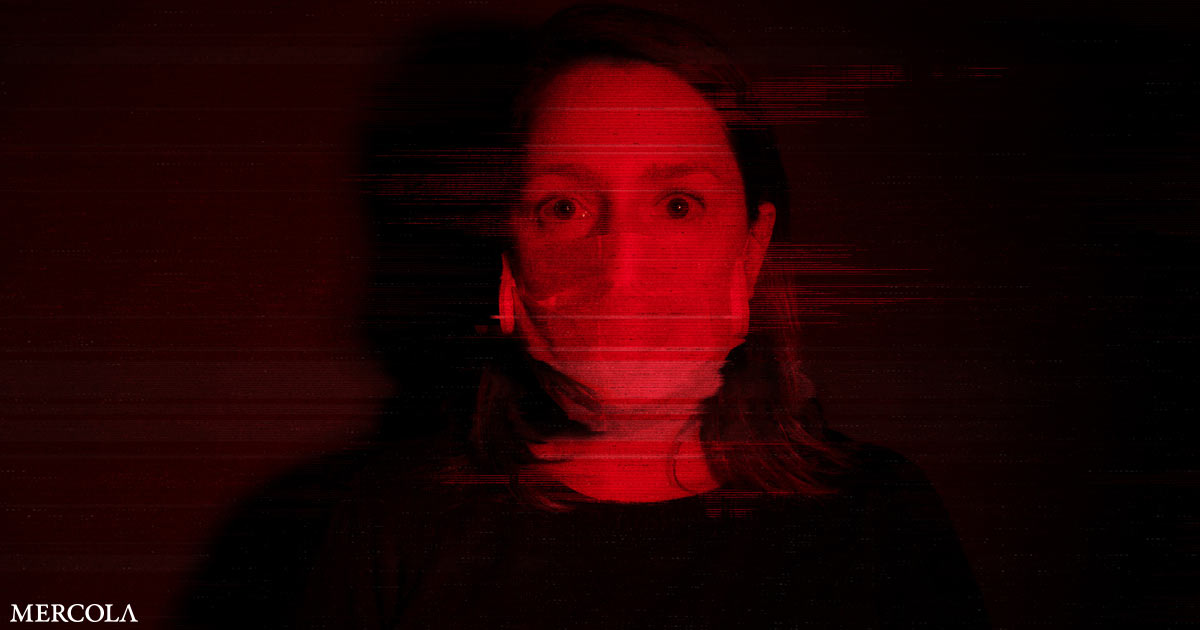 How to Break Free of Fear Addiction Letters to the Editor: These readers lost spouses, grieved alone, stayed sober in this pandemic year