“It was super important when we first started developing the brand that it was fabric-led and textile-led, and making sure we were looking at innovations that really enhances performance,” says Chow, when I ask what BRADY is providing that’s not already in a saturated market flooded with dominant players like Nike and Lululemon. “But more than that, it was coming at it with a particular point of view. My background has been mostly fashion-based, and that combination of bringing in a really strong idea for this really strong sleek silhouette, a distinct point of view and fit, married with this idea of innovation and performance. That’s really our point of differentiation.”

As if to drive the point home, the first drop of clothes fall into two categories: TRAIN and LIVE. Unsurprisingly, if LIVE is filled with items for everyday living—bombers, vests, structured pants, and sweaters—TRAIN is loaded with breathable tees, mesh shorts, sweats, socks, and running tanks. The clothes come largely in soft, earth tones, and feature items you might see Brady wearing on the field, or shuttling to and from it. (Brady laughs when I ask if we might see any Bill Belichick-inspired sleeveless hoodies coming down the performance pipeline. “I’m sure guys can cut ‘em if they want, but they won’t be designed that way, necessarily.”) In providing you with a fully stocked wardrobe with innovation and engineering to help you achieve peak performance both in life and in sport, it seems the real idea behind BRADY is to eliminate the distinction entirely. In that way, BRADY is an extension of the QB’s efforts, with his TB12 training method, to let the masses in on his secrets.

“I really wanted to do a full, lifestyle brand,” Brady says. “In my life, it’s football in the morning, and I train. But then I’m home and I do family things: I go play basketball with my kids outside; go for a walk; then you’re chilling out at dinner. I wanted to have enough where you could go between different parts of the collection and put things on and they’d feel really comfortable, look good, fit good, and they would fit for whatever occasion you’re heading off to.” While performance is the point, the team wanted to make sure that the technical aspects didn’t go so far that they overshadowed the entire point of wearing clothes: to feel good. “Even though they have a ton of innovation and performance, we are very cognizant of making sure that [the clothes] have a natural touch—an actual, rich touch. So you really try to combine [the technical and the natural] where you’re not picking up an item and feeling, ‘Oh, this is purely synthetic,’” says Chow, who, as a long distance runner says he’s partial to the running gear, but also the Utility Pant (part of another fabric franchise called Durable Comfort) that he says he hasn’t taken off in four months. “People make fun of me, like, Yo, don’t you have another pair of pants?”

The L.L.Bean Sale Will Make All Your Fall Menswear Dreams Come True 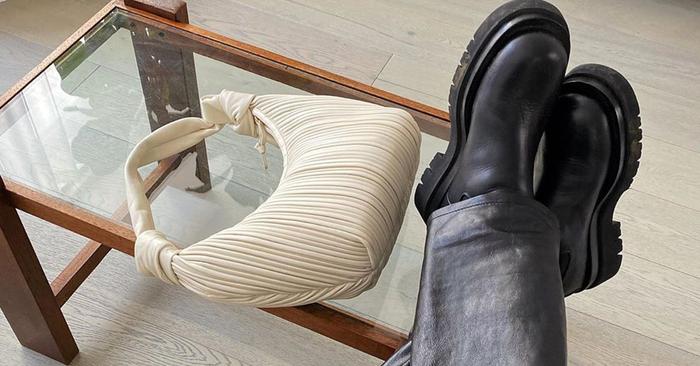 Who Is Gwen Shamblin, the Focus of HBO Max’s The Way Down?