Netflix’s hit series ‘Ozark’ is coming to an end after season 4. The premiere date for the first part of ‘Ozark’s final season has been revealed. Here’s everything you need to know.

Get ready to binge in 2022! The release for the first 7 episodes of Ozark’s fourth and final season will be released January 21, 2022. The Byrdes will be back for one last go-round. Ozark is one of Netflix’s most popular shows, so fans were shocked to hear that the series would be ending after a fourth and final season.

Ozark was actually at the top of Nielsen’s 2020 top 10 streaming lists for original series, acquired series, and feature films with 30.46 billion minutes of viewing. So, why is the show ending? Was Ozark cancelled? No, the Emmy-winning drama series is just ending on its own terms. HollywoodLife has rounded up all the latest updates about Ozark’s final season.

“Money is, at its essence, that measure of a man’s choices,” Marty Byrde says in the season 4 teaser, which dropped on October 19. Wendy also says, “Sometimes, if you don’t move forward, you die.” There’s a glimpse of Marty and Wendy walking out of Navarro’s mansion at the end of the teaser.

The words he said to Marty and Wendy after killing Helen echo in the final moments: “Today is a beginning.” Marty and Wendy look scared, to say the least. But they have to look forward… or else.

The Show So Far

The show starts out with Marty Byrde, a financial planner, who decides to relocate his family from Chicago to the Ozarks. Marty and Wendy have to move after a money-laundering scheme goes awry. Marty has to pay off debts to a Mexican drug lord to protect his family. The Byrdes must come together in order to survive.

Season 3 featured a number of jaw-dropping twists. In the finale, Helen Pierce (Janet McTeer) is killed by Omar Navarro. Helen’s death happens just after she arrives at the baptism of Navarro’s son with Marty and Wendy. “Thank you for coming. I hope you had a pleasant journey,” Navarro says just before one of his henchmen shoots Helen in the head. Marty and Wendy witness the whole thing, and they’re left covered in Helen’s blood. “Today is a beginning,” Navarro says as he embraces Marty and Wendy. The Byrdes are now working directly with Navarro.

Wendy Byrde also allows her brother Ben, played by Tom Pelphrey, to be killed. After going off his bipolar medication, Ben reveals his sister’s involvement with the cartel at a family fundraiser. When he’s released from the mental hospital, Ben confronts Helen and her daughter. After this confrontation, Wendy gives away Ben’s location to Helen, who then has Ben killed offscreen by one of her hitmen. The decision devastates Wendy, but she doesn’t try to stop it from happening. She knew what she had to do to protect her family.

Jonah also discovers the truth about his parents. He initially believes that Helen is responsible for Ben’s death, but Helen is the one to tell Jonah that Wendy approved of Ben being killed. “You need to understand something. Your mom is the one who OK’d it,” Helen says to Jonah. “You’re a smart kid, but you know your mom did this.”

The fallout of Ben’s death is immense. Ruth, who had started a romantic relationship with Ben, quits working for the Byrdes and goes work for Darlene Snell and her heroin empire. “You f***ing murdered him,” Ruth tells Wendy after Ben’s death. Ruth and Wendy’s relationship is shattered. While Ruth blames Wendy for Ben’s death, Wendy blames Ruth for letting Ben out of the mental hospital, which caused the chain of chaos in the first place.

The official synopsis for the fourth and final season reads, “The new season will mark the final chapter in the Byrde family’s journey from suburban Chicago life to their criminal enterprise in the Ozarks.”

Three months after the release of Ozark season 3 in March 2020, showrunner Chris Mundy revealed that Ozark would be ending after a fourth and final season. “We’re so happy Netflix recognized the importance of giving Ozark more time to end the Byrdes’ saga right,” Chris told Variety in a statement in June 2020. “It’s been such a great adventure for all of us — both on-screen and off — so we’re thrilled to get the chance to bring it home in the most fulfilling way possible.”

Jason Bateman added, “A super-sized season means super-sized problems for the Byrdes. I’m excited to end with a bang(s).”

Mundy revealed in 2019 that the Ozark creative team initially had a 5-season plan. “We’ve always talked about it as five seasons. It could be four, it could be seven … but that always seemed like a good number to us,” the showrunner said on a panel at the Milken Global Conference.

The fourth and final season began filming on November 9, 2020, amid the COVID-19 pandemic. As of June 2021, Ozark was still filming season 4 in the Atlanta area. Bateman was spotted by a Reddit user filming a scene for Ozark.

Unlike previous seasons, Bateman will not be directing the first two episodes of season 4 due to COVID-19 complications. “As normal, I was going to do the first two episodes, but as we were looking through the protocols, the guidelines, all the complications with COVID, [and] the producer side of me made me think it’s just not responsible to have one of the actors direct the first two, given that we’re still going to be getting our perimeter safe,” the actor IndieWire.

He added, “Because if one of the actors gets sick, we all have to go home for weeks. If one of the crew members gets sick — while I’m making sure their salary is protected while they’re in quarantine — we can hire a replacement. So it just didn’t seem smart for me to [direct] the first two [episodes].”

Robin Wright is set to direct an episode of Ozark season 4. She posted a video from the set in May 2021. The actress spoke about the differences between directing House of Cards and Ozark in an interview with Collider: “It’s interesting because being on House of Cards, we had to adhere to a canvas. There was a style to that show. We could only use certain lenses, we couldn’t use handheld camera, never use steadicam. And so you felt this structure of kind of being confined, but it’s a great way to learn when you go, ‘Ok, I can’t step outside the toy box there. Okay, how am I going to shoot my style without breaking the style of the show?’ This is going to be the same, I think. And now that I understand, ‘Okay, how do I adhere to the Ozark style but still bring mine as a director?’ Yeah, we’ll see how it goes!”

Jason Bateman will be back as Marty Byrde, alongside Laura Linney as Wendy Byrde, Julia Garner as Ruth Langmore, Sofia Hublitz as Charlotte Byrde, Skylar Gaertner as Jonah Byrde, Charlie Tahan as Wyatt Langmore, and Lisa Emery as Darlene Snell. Felix Solis and Damian Young, a.k.a. Omar Navarro and Jim Rattelsdorf, have been promoted to series regulars in season 4 after recurring in the third season.

While many fans believed that Tom Pelphrey could return as Ben since we didn’t see his death onscreen, Mundy set the record straight during a virtual PaleyFest panel. “I love the fact that people love [Ben] enough to come up with that theory. I wish it were true. But it ain’t true.”

A number of new cast members are joining Ozark’s last hurrah. Veronica Falcón will play Camilla, the sister of drug cartel leader Omar Navarro whose son is scheming to take over his uncle’s cartel, according to The Hollywood Reporter. Camila “quietly works behind the scenes to become a formidable player in her family’s drug empire,” her character description reads.

Tony winner Ali Stroker is set to play Charles-Ann, an old friend of Ruth’s mother “who lends her a hand when she is in need of some assistance.” Both Veronica and Stroker will be recurring guest stars in season 4.

Alfonso Herrera and Adam Rothenberg have joined the show as new series regulars, Deadline reports. Alfonso will play Javi Elizonndro, a “member of the Navarro family who walks a fine line between playing the obedient lieutenant and scheming to take over his uncle’s cartel.” Adam will play Mel Sattem, a police officer who “fell from grace who now works as a P.I. He enjoys the chase and won’t rest until he unravels the truth.”

Other recurring players in season 4 include Bruno Bichir, Navarro’s priest. The priest “works for the cartel because he deeply believes he belongs where God is needed most.” CC Castillo will play Sheriff Leigh Guerrero, a member of Missouri law enforcement who “refuses to play on anyone’s terms but her own.”

Tony winner Katrina Lenk is set to play Clare Shaw, a “CEO of a leading biopharmaceutical company, whose judgment is corrupted as she learns the true cost of power.” Bruce Davison has been cast as retired Illinois Senator Randall Schafer, a man “who is happy to roll over for the right price.”

The final season will also feature a cameo from Run the Jewels rapper Killer Mike, Billboard reports. In his episode, he’ll cross paths with Ruth at her “lowest point.”

Jason Bateman has known how Ozark will end for a while. “I do know where everything is going to end,” the actor told IndieWire in August 2020. “The specifics leading up to it, I didn’t really grind him [Chris Mundy] on. But I was interested in the big question he has the opportunity to answer: Are they going to get away with it, or are they going to pay a bill? What does he want to message to the audience about the consequences of what the Byrdes have done — or lack thereof?”

He continued: “We had some great conversations about that, and he’s got really good ideas about that. Specifically, what kind of happens at the end of the last episode: I know, and it’s great.” In the same interview, he teased that the first two scripts featured “a lot of mood, a lot of danger, a lot of crisis.”

Julia Garner, who won an Emmy for her performance as Ruth, hinted at Ruth’s season 4 journey. “In season 4, she wants that independence back that she had before the Byrdes came in,” she told IndieWire. “She realized she was more independent and stronger without the Byrdes. She thought she was going to be stronger with the Byrdes, but in reality, that wasn’t the case. She’s realizing that, and that’s what Season 4 is going to be.”

After the third season aired and before season 4 was confirmed, Mundy gave a little tease about what would be next. “I think it will be about whether or not Ruth really can create something of her own that she wants and is sustainable, or if she wants something else,” he told EW. “And I think it will be about if the Byrdes can they turn the biggest mistake of their lives into this huge advantage, and how much will karma catch up with them if they do?” 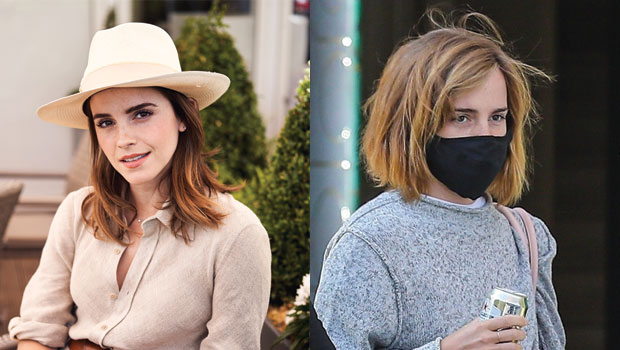 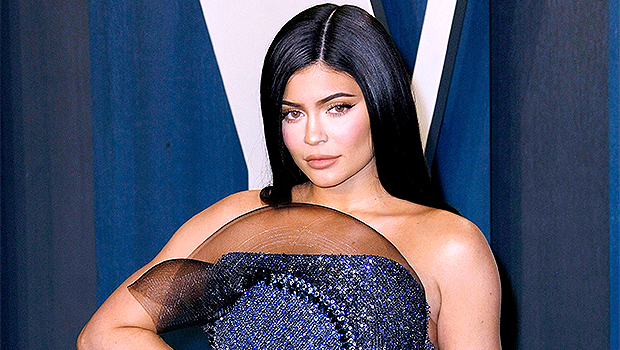 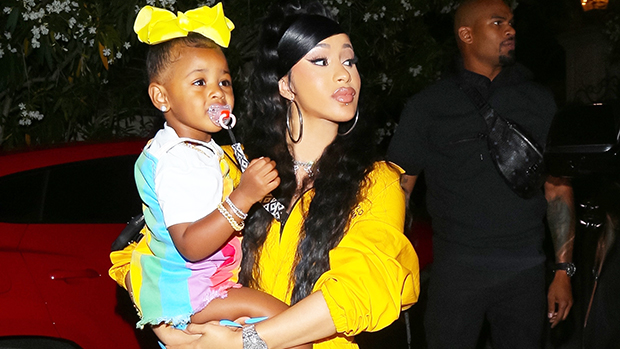 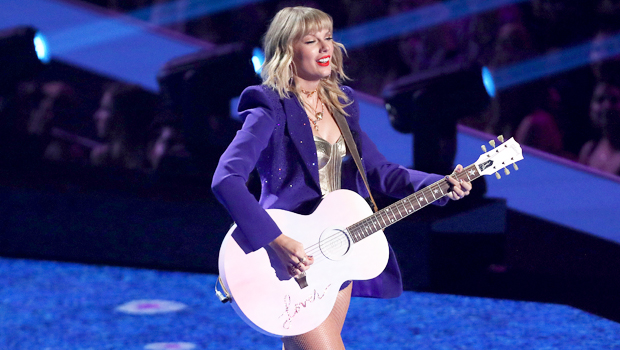