In a typical year, the University of South Florida holds about eight graduation ceremonies in its 10,000-seat basketball arena, where groups of 700 graduates can invite as many guests as they like.

But this May, commencement ceremonies will take place at Tropicana Field, home to the Tampa Bay Rays Major League Baseball team. The graduates, who will be recognized in groups as large as 2,000, will only be allowed two guests apiece, spread out among the stadium’s 43,000 seats — a paltry crowd more reminiscent of a late-season ballgame by a last-place team.

USF is among a growing number of colleges announcing in-person graduations this spring, a sign that many are inching toward normalcy after the Covid-19 pandemic largely canceled traditional commencement ceremonies last year.

Smaller gatherings, socially distanced seating, and even drive-through ceremonies are among the ways that colleges are modifying the events to meet students’ desire for a traditional celebration while managing the public-health risks. Some colleges are even inviting the spring-2020 graduates back to campus to join in the ceremonies. And for colleges that have operated mostly remotely, or in hybrid mode, graduation is a chance to test their capacity for larger gatherings in anticipation of a return to in-person courses this summer or fall.

Many parts of the country are seeing declining numbers of coronavirus cases and a growing number of people being vaccinated, yet the virus is far from eradicated.

“This is what we can do to give graduates a celebration and still try to minimize the risk of transmission,” said Steven C. Currall, president of USF.

Not Your Usual Graduation

Some campuses expect fewer graduates than usual to attend the in-person ceremonies because of concerns about contracting the virus. At USF, all in-person courses end after spring break, and students who don’t live in the area might not want or be able to return for commencement, especially if they live overseas, said Adam Freeman, a spokesman for USF.

But after a year when most students have sacrificed the normal social interactions on campus, plenty want to be on campus with their peers to mark the culmination of their college experience — even when “on campus” and “with their peers” have much looser definitions.

At Widener University, in southeast Pennsylvania, students who want more than a virtual commencement can choose between mini-graduations and drive-through ceremonies.

“We’re giving students as much choice and agency as possible to choose the format that’s best for them,” said Katie Herschede, vice president for strategic initiatives and chief of staff at Widener. Widener is also allowing 2020 graduates to participate in this year’s ceremonies, she said.

So far, about 60 percent of those who have signed up for commencement have chosen a mini-ceremony, which will be limited to 100 students, each with two guests. The events will take place under a tent on the campus quad with a mask requirement, social distancing, and stations for hand-sanitizing.

Families that want less risk can opt for a drive-through ceremony that allows each graduate to invite two cars to take a brief auto tour of the campus, with a stop in front of the historic Old Main building to walk across a stage, hear their name called, and get a photo before returning to their vehicle. About a quarter of the graduates are choosing this option, Herschede said, and some are even renting open-air trolleys to make the event more festive.

Even when the commencement ceremonies include the usual walk across a stage, there are small changes meant to improve the safety of attendees. In many cases, the names of graduates will be announced via a recording made before the ceremony.

Instead of a single large stage at Prairie View A&M University’s commencement, officials said, one stage will have the president’s party and another stage is for students to walk across — without a handshake or photo opportunity. The university is still working out the details but plans to have a photographer elsewhere so graduates can get a picture in their gowns and caps, said Carol Campbell, executive director of university special events and protocol.

Like Widener, Prairie View is inviting the 2020 graduates back to campus, with special events for the new alumni.

Some of the Covid-19 commencement concessions also trade off convenience for safety. Prairie View, near Houston, moved its commencement from the indoor basketball arena to the football stadium, outdoors. But the ceremony will begin at 8:30 a.m., to beat the heat of the south Texas sun in May. If it’s raining, as is very possible, Campbell said, the ceremony will go on anyway, though with some modifications to make it shorter.

The decisions about graduation are happening as states like Florida and Texas begin to loosen restrictions on capacity at businesses and public gatherings.

But the push to reopen the economy hasn’t meant that colleges in those states are ready to return to normal yet, even in states like Georgia, where there is no statewide mask mandate and gatherings are only limited by social-distancing rules.

Georgia Southern University, which has offered mostly in-person courses for the academic year, held scaled-back graduation ceremonies in December and will do the same at the end of this semester. As at other colleges, each graduation at Georgia Southern is limited to fewer students and guests spread out in the university’s football stadium.

“We really felt like we didn’t ever want to give up the nature of a student walking [across a stage] and being recognized, so we had to make a lot of concessions about how we would do a ceremony,” said Scot Lingrell, who oversaw the preparations for commencement and is also vice president for enrollment management.

At the University of South Florida, graduation represents a “pivot point.” The institution offered courses in a hybrid model for the academic year, and plans to return to in-person offerings in the fall. Currall, the president, said the university has been able to keep coronavirus cases relatively low and is prepared for a larger event like graduation.

Over all, though, the planning for graduation has been one more in a series of tradeoffs that university officials have made between health and safety and the students’ desires for normalcy.

“It’s a balance,” Currall said. “Everything has been a balance in Covid.”

The Coronavirus Variants Don't Seem to Be Highly Variable So Far 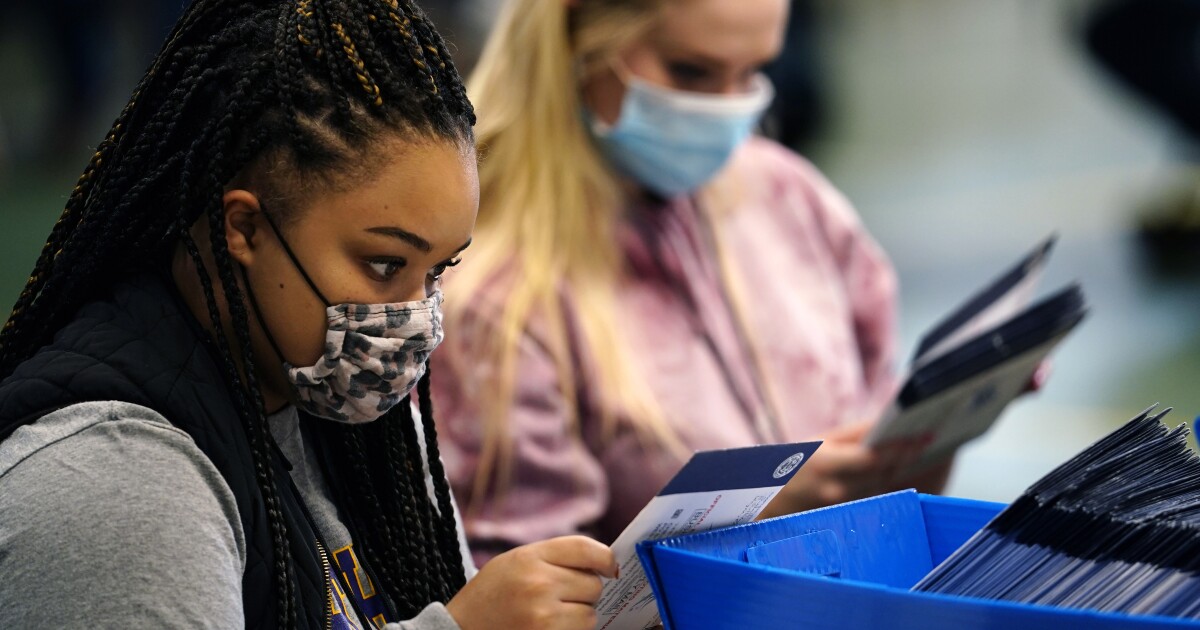 With Presidency Uncertain, an Anxious Higher Ed Braces for What’s Next